Kira Kovalenko's film, screening at NYFF, offers a bleak outlook for a woman with so many who claim to love her 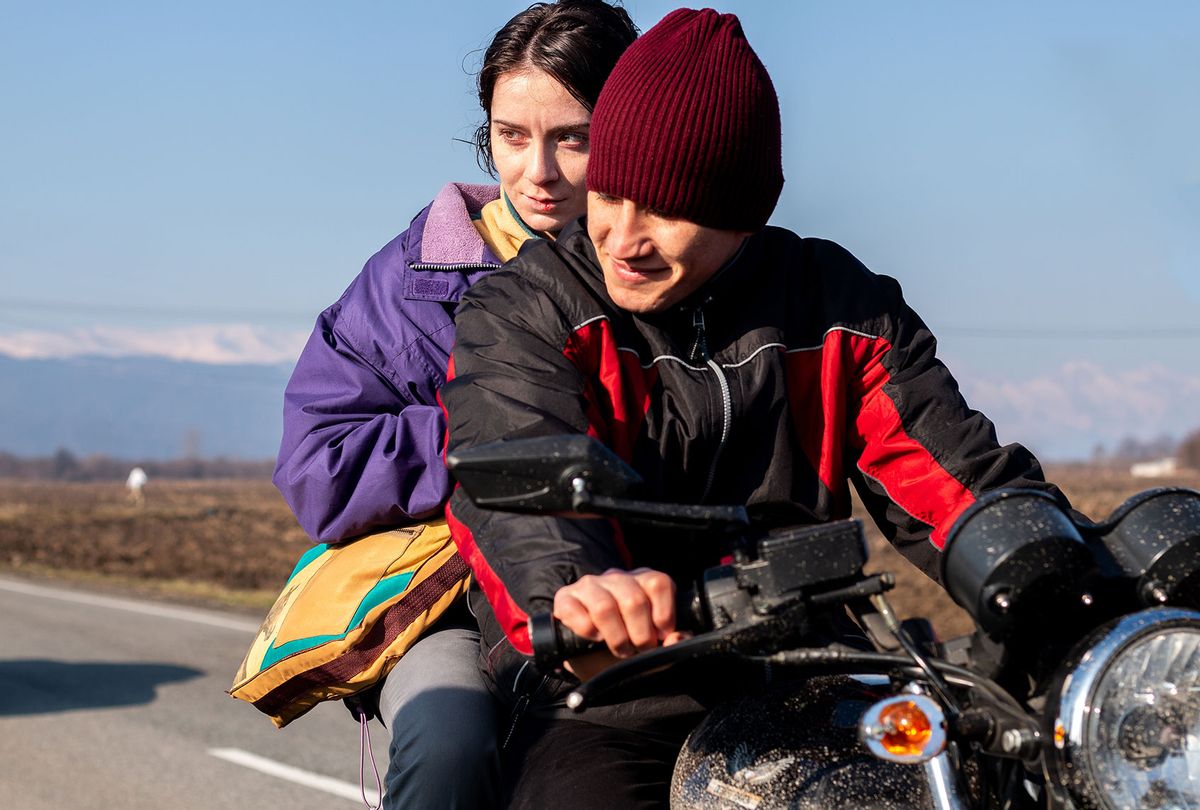 Ada (Milana Aguzarova), the fragile heroine of writer/director Kira Kovalenko's shattering "Unclenching the Fists," screening Oct. 5-6 at the New York Film Festival, is first seen coyly hiding from Tamik (Arsen Khetagurov), a young man who desires her. She's zipped up her jacket over her mouth and nose so little more than her eyes are exposed. When he finds her, he hopes she will go off with him.

But Ada, as this slice of Russian miserablism unflinchingly shows, is very tied to her family. Her brother, Dakko (Khetag Bibilov) shows up after Tamik has gone and teases her about him. Their playful relationship continues at home as they do laundry. But at night, Dakko crawls into bed with Ada, spoons her and hugs her tightly, intimately, and does not let her go despite her protestations. The scene hints at incest, an uneasy feeling that extends beyond just these siblings as this brutal film unfolds.

Kovalenko, who won the Best Director prize at Cannes this year for this drama, fixes her lens so tightly on Ada throughout the film, it is as if the camera is gripping her too. (The stifling cinematography, much of it handheld, is by Pavel Fomintsev). Ada is often seen in close-up. Moreover, she is confined physically by her ailing father (Alik Karaev), who keeps her locked in the house except when Ada goes out with the family or off to work. Just the way her father places his hand on the back of her neck as she clips his toenails indicates what a domineering man he is. And when he makes her empty a bottle of perfume he finds in her room, she pours it out over her fingers as if trying to absorb as much of this rare, simple pleasure as she can.

"Unclenching the Fists" is full of such poignant details, like Tamik giving her a candy bar, that make Ada sympathetic. But her yearning to escape her family that loves her too much is really painful. While she tries to set boundaries with Tamik, she has very little power with her family. And when her other brother Akim (Soslan Khugaev) returns from Rostov — the film is set in Ossetia — things become more intense. Ada begs Akim to help her get away from her father. "It's like being in jail," she insists, but her pleas fall on deaf ears.

One of the most astonishing moments (in a film full of them) is a three-minute long static shot in which Ada's father chases after Ada following a physical fight. The camera sits outside the passenger window of a car and observes — though the driver side's open door and windshield — the action that is taking place in the background, some of it completely off-screen. Kovalenko follows this up with some equally dramatic moments once the family returns home — including one that reveals the depths of just how damaged Ada is. These scenes, which are devastating to watch, illustrate Ada's need for protection and self-preservation. When she claims, "I can't go on like this," it is gut-wrenching.

Kovalenko's urgent, unsentimental approach is what makes "Unclenching the Fists" so potent. There is an interesting scene of the siblings dancing that provides a brief respite from all of the grimness, but then there is also a really difficult scene between Tamik and Ada. He is trying to seduce her showing her his scars. When she lifts up her shirt to reveal the wounds she received from an explosion, it is a tender moment. But as Tamik takes things further, their relationship goes from one extreme to another very quickly. Does Tamik intend to marry Ada as he says? And does he fully realize how vulnerable she is?

The film offers no easy answers, which is what makes it so engrossing. Every moment Ada is on screen there is tension about what will happen and what she will absorb. Milana Aguzarova plays Ada with an almost childlike innocence, which may stem from the fact that she is beaten down, exhausted, and defeated, but also deeply loved. Yet she appears to be in a state of such despair that she possibly cannot recover. Her father, who suffers from his hand cramping, grips her so tightly at one point and cannot release her. (Hence the title, a literal and figurative metaphor). Aguzarova's eyes, as she lies in bed with her father relentlessly clinging to her, express so much of her mixed emotions that suggests that old cliché — the ties that bind can also strangle.

Kovalenko practically suffocates the viewer as well. Her film plunges viewers into this hothouse atmosphere so fully that it is hard to catch one's breath. Which makes the film's final, dazzling sequence, when it comes, such a relief.