Feud between GOP, pro-business groups explodes into view after spat over infrastructure bill

The beef reached a head this week when GOP leaders kicked the U.S. Chamber of Commerce off its conference calls 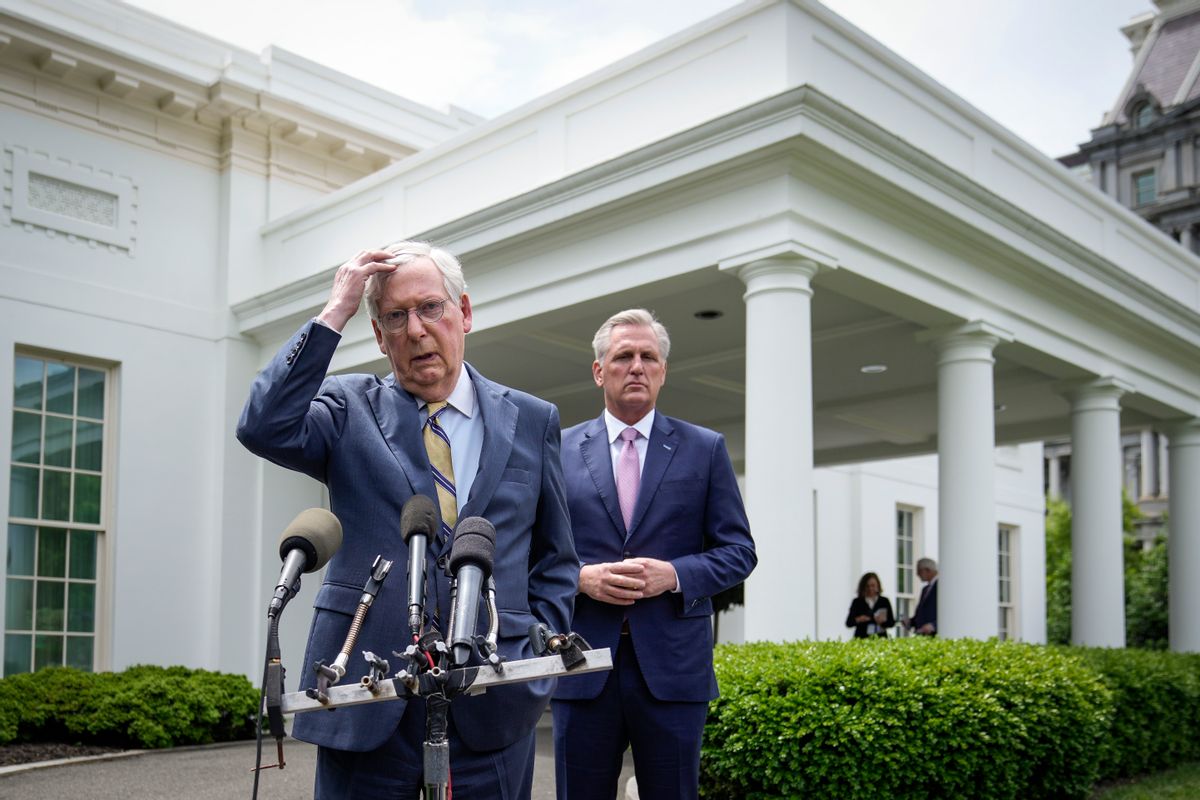 After being closely aligned for decades, it appears that Republicans and top business lobbying groups are having a very public falling-out over conservative lawmakers' lack of support for a bipartisan infrastructure deal currently languishing in Congress.

According to digital politics site The Hill, every major business group in Washington, D.C. — including Business Roundtable and the National Association of Manufacturers, among others — has expressed some measure of support for the bill, which was crafted by a group of lawmakers in both parties alongside the White House.

Business groups have long been a key constituency for Republicans, who worked closely with K Street lobbyists to craft a 2017 tax cut that offered hefty benefits to both corporations and the wealthiest Americans. Yet no more than a small handful of Republican members of Congress have agreed to vote for the legislation favored by these groups this time around.

In a conference call with reporters last month Michael Johnson, CEO of the National Stone, Sand and Gravel Association, a longtime conservative-leaning lobby that stands to gain heavily if the bill passes, seemed flabbergasted by Republicans' refusal to vote for such a popular piece of legislation, which polls well across most demographics, including conservatives.

So what's behind this right-wing change-of-heart?

Neil Bradley, the executive VP and chief policy officer for the U.S. Chamber of Commerce, blamed "misinformation" surrounding the bill during an interview with CQ Roll Call last month — adding that some House GOP members have privately told him that they'd like to vote for the infrastructure deal but feared angering Trump and the new constellation of ultra-conservative groups that were empowered during his tenure.

"I think there are some unfortunate things going on, and I'm being generous with the term unfortunate," Bradley said.

"If this vote today was occurring on the merits of the bill, the outcome wouldn't be in doubt and we'd have a supermajority," he added. "It's not the substance that people are disagreeing with here."

The U.S. Chamber of Commerce in particular has become a flashpoint of conservative ire after endorsing a small number of Democratic candidates in Congressional races last year. The group, along with a number of other influential pro-business organizations, also stopped PAC donations to hundreds of Republican lawmakers who voted to overturn the 2020 election results on the evening of Jan. 6.

Following that news, House Minority Leader Kevin McCarthy has taken to saying the U.S. Chamber "sold out" and that he no longer considers it an ally.

"I didn't even know the Chamber was around anymore," McCarthy told the political newsletter Punchbowl News.

The feud reached a head this week when Republican leaders kicked representatives for the U.S. Chamber off its conference calls.

"People care what their local Chambers of Commerce and business owners have to say, not the U.S. Chamber," Horton told The Hill. "If the U.S. Chamber sent me a meeting request right now, I wouldn't even staff that meeting out to an intern, and I don't see that changing."

In response to being iced out of the Republican inner circle, Axios reported this week, the group abruptly reversed its support for the bill. The Chamber disputed the report by arguing that it still supports the bill "as a stand-alone bill unlinked to the proposed tax and spend reconciliation bill" that it has been linked to from its inception — which makes its support for the infrastructure package merely theoretical.

In addition to the Republicans' beef with business groups over the pending infrastructure legislation, the two sides also clashed over their differing opinions on raising the U.S. debt ceiling this past week. Business groups saw the writing on the wall if Congress decided to default on the country's sizeable debts, and feared catastrophic consequences if the limit was not raised.

But most Republican lawmakers, especially Texas Sen. Ted Cruz, instead concluded that their responsibilities to their constitutents lay in obstructing the Democratic agenda — no matter what.

"Democrats have the full ability to raise the debt ceiling as a part of reconciliation," Cruz told POLITICO on Thursday. "They want political cover."

After a last-minute deal brokered by Senate Minority Leader Mitch McConnell, the debt ceiling was ultimately raised Thursday night — though only for a few months. McConnell said Saturday that he does not intend to make another deal come December, when the deal will likely expire — regardless of what business groups say.

McConnell's justification for the obstruction appeared to be rooted in a statement Sen. Chuck Schumer made after the Thursday vote, blasting Republican efforts to stymie any change to the debt ceiling.

"I am writing to make it clear that in light of Senator Schumer's hysterics and my grave concerns about the ways that another vast, reckless, partisan spending bill would hurt Americans and help China, I will not be a party to any future effort to mitigate the consequences of Democratic mismanagement," McConnell said in a statement.