Heat, access to food, and human suffering will affect companion animals both owned and unowned 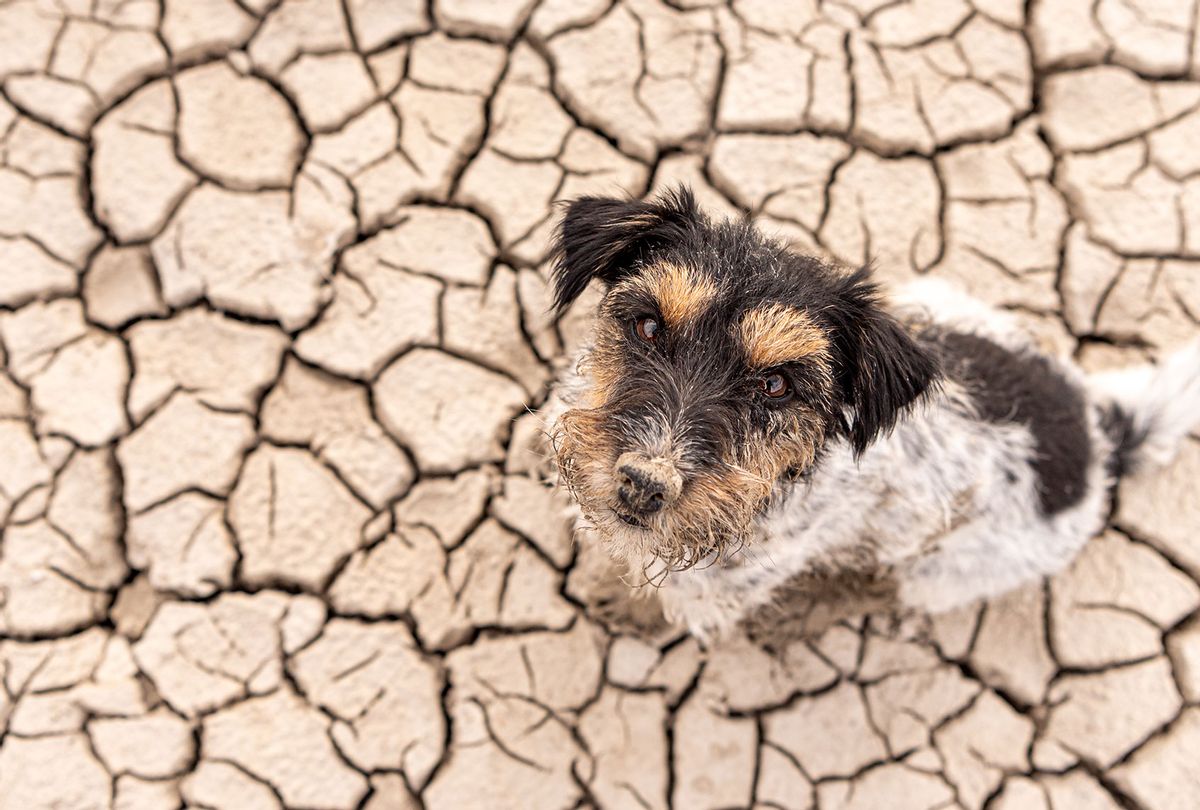 It is safe to assume that many of the Parisians who killed their pet dogs and cats had, at least at one point, genuinely loved them.

We can't know that for sure, of course — no historian can penetrate the human soul — but the memory of pets being led to the slaughter lingers. It is one of the strongest images we have from the 1870 siege of Paris, which occurred during the Franco-Prussian War. In a matter of weeks Germany had captured Emperor Napoleon III and completely severed Paris from all of its supply lines. Food quickly ran out, forcing citizens of the newly-declared republic to consume everything from rats and other ordinary street creatures to exotic zoo animals like elephants. Inevitably, pet dogs and cats also became casualties as people struggled to survive. Needless to say, when observers later recalled the horrors of that siege, the consumption of animals one normally wouldn't eat was almost always mentioned.

Flash forward a century-and-a-half, and the same exploitative capitalist system opposed by Parisian radicals of the time is literally destroying the planet through climate change. In a stroke of cruel irony, this will almost certainly lead to food shortages not dissimilar from those experienced in Paris during the siege. Instead of a military force intentionally cutting a population off from sustenance, however, global warming will cause a deterioration of the supply chains that feed the majority of the global population. At the same time, it will cause radical alterations in climate that will force millions to leave their homes (thereby becoming climate refugees) and millions more to adapt to inhospitable conditions like extreme heat or flooding. This will no doubt mean misery for humanity on a scale far surpassing anything experienced by the denizens of Paris circa 1870.

It will also mean misery for the dogs and cats of the world — most of which are strays, unowned by any human. There are estimated to be over 1.4 billion dogs and cats on Earth, the majority without owners. As the climate crisis ravages Earth, their population and lives are bound to be changed in ways we can already foresee.

"People like to say that their pets are family, but the truth is, the dog or cat is on the lowest rung of the family totem pole," Dr. Clive D. L. Wynne, a psychology professor at Arizona State University and director of the Canine Science Collaboratory, told Salon by email. "When times get tough, people abandon their pets long before give up their children. Consequently, if life gets tougher for people, it will get even tougher for their pets."

This will be the case even if it doesn't result in the pets getting eaten or left by the side of the road. For one thing, humans often purchase companion animals without taking into consideration their ability to adapt to the environment of a given region. An Alaskan Malamute, for example, will probably be miserable if its owner lives in Phoenix, because its thick coat is adapted for colder climates. That is the situation with dog breeds right now, and the problem of mismatching a breed with a climate will only worsen as climates themselves become undependable. As Wynne put it, "A warming climate will certainly change the kinds of dogs people ought to keep as pets — but, unfortunately, people are not very attentive to the local climate when they acquire pet dogs."

Dr. Alexandra Protopopova, an assistant professor at the University of British Columbia who studies animal welfare, tells Salon that the way humans take care of companion animals will likely evolve.

"With increasing heatwaves, people may reduce outdoor exercise opportunities for dogs (which would be correct to limit heat stroke!)," Protopopova noted. People may also struggle to afford adequate food and medical care for their animals, and refugees may find shelters do not welcome dogs and cats. As evictions increase, animal shelters will likely bear an increased burden, and individuals may choose to only own companion animals if the need is especially great; otherwise, more and more people may conclude that it is simply unaffordable.

Just because there will be fewer companion animals, however, that doesn't mean that dogs and cats as we know them will disappear. Even the free ranging dogs and cats, who rely on humans for their resources, however, will experience drastic life changes. As there are fewer humans to either directly feed them or provide them with indirect sustenance like food waste, starvation will increase. An altering climate may also prompt free ranging animals to alter their territorial boundaries as they seek opportunities to feed, or modify their reproductive behaviors as cats do by extending kitten season during prolonged summers.

And then there are the diseases.

"Because animals, such as dogs, are hosts to several zoonotic agents, any changes in the home ranges of viruses or parasites due to the changing climate will also have health outcomes for not only those animals — but perhaps also for people," Protopopova warned. "For example, rabies infection as well as dog bites has been shown to be linked to warmer weather. It remains to be empirically shown, however, that these expected outcomes will actually happen. For now, we can only speculate."

Experts currently debate how many unowned dogs and cats exist in the world today. According to Wynne, there are up to 1 billion dogs on the surface of the planet ("perhaps a little on the high side"), with roughly 300 million living with humans and at least half a billion more not being owned. Protopopova echoed that there are roughly 1 billion dogs in the world and added that there are over 480 million cats.

"The purebred dogs we know in the US and Canada only represent about 20% of the world's dogs," Protopopova explained. "Most dogs live as free agents around human cities [or] settlements and utilize resources provided by people."

Those free agent dogs have already shown a capacity to evolve based on the climate of their region. They are, like all animals, natural creatures whose larger species change due to natural selection.

This, perhaps, provides a window into what we can expect from dogs and cats overall as climate change worsens.

"I have seen street dogs in Moscow, Russia and in Nassau, The Bahamas. These are very different creatures," Wynne wrote to Salon. "The street dogs of Moscow are big woolly beasts. Those native to the Bahamas are much smaller, with thinner fur. The couple of times I have seen unowned dogs here in Phoenix, Arizona, they were tiny little almost hairless dogs rather like Chihuahuas. Each of these forms of dog is adapted to the climate in which it lives - since it has to be able to survive outdoors." He predicted that smaller and less furry dogs could eventually be preferred over bigger, shaggier hounds that are prone to overheating and consuming more resources.

Cats, on the other hand, might have an easier go of transitioning simply because of their unique character. As Alan Weisman, author of "The World Without Us," told Salon, "We've never tamed house cats, ever. You have to think about housecats having come to us and taught us to give them shelter and to give them food." He noted that, since the earliest known civilizations, house cats have remained as basically the same species because of this resilience. They have a flexible relationship with humans, more utilitarian and deliberate than that of dogs, and as such may have an edge that will become more evident as climate change worsens.

This brings us back to the 1870 siege of Paris, where companion animals were abandoned and eaten in part because they taxed their owners' resources. While it is unclear whether food will be so scarce that people have to resort to eating their own animals, it is quite likely that humanity's current relationship with dogs and cats will have to radically change. It will be harder, in general, to have pets; that is one more thing people currently take for granted, but some may have to give up due to climate change.