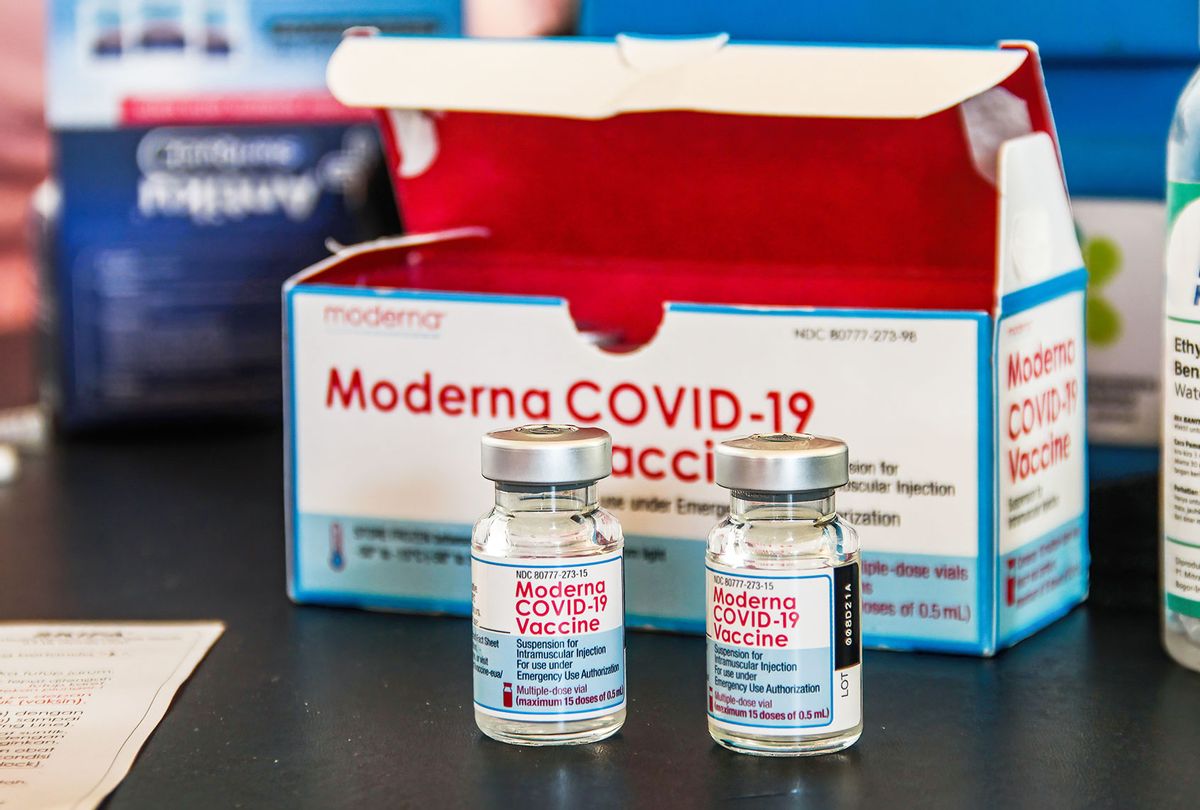 On Thursday, the Food and Drug Administration (FDA) moved one step closer to giving the green light to Moderna's COVID-19 vaccine booster shots when an advisory committee unanimously recommended authorizing it for emergency use.

The decision was made by the FDA's Vaccines and Related Biological Products Advisory Committee, a panel whose advice is often but not always followed by the agency. The panel found that the vaccine was effective and safe, at least based on initial studies, and therefore can be given to vulnerable segments of the population at least six months after their second dose. Eligible recipients include people over the age of 65 and young adults whose medical conditions or jobs elevate their risk level. These are the same conditions that were applied last month when the FDA authorized a Pfizer-BioNTech booster. (Third doses of the Moderna and Pfizer vaccines have already been authorized for immunocompromised individuals.)

This is not to say that the committee lacked concerns. They noted the absence of thorough data to prove that the booster was justified by a need for more protection. Several members of the panel also voiced reservations about whether emergency authorization should be granted for younger adults who are not in a vulnerable group.

As virologist Dr. Stanley Perlman explained, the FDA has already set a precedent that additional shots of this nature can be authorized on an emergency basis. It may be difficult for them to rationalize saying "yes" to Pfizer and BioNTech but "no" to Moderna.

"From a pragmatic point of view, because we've already approved it for Pfizer, I don't see how we can possibly not approve it for Moderna," Perlman explained.

The next step in this process is for the FDA to make a final decision about Moderna boosters, which could come in a matter of days. After that, if it recommends approval, a vaccine advisory committee assembled by the Centers for Disease Control and Prevention (CDC) will vote on the FDA's proposal. If the CDC affirms the FDA's decision, the booster shots could become available immediately for Americans who meet the necessary criteria.

In addition to the controversy over whether most Americans need booster shots right now, there are also concerns that giving out booster shots right now could exacerbate existing vaccine equity issues. The World Health Organization (WHO) has urged wealthier countries to refrain from giving out boosters until people in poorer countries who have yet to receive one shot have been inoculated. After the United States authorized the more limited use for the Moderna and Pfizer vaccines in August, WHO Director-General Dr. Tedros Ghebreyesus said, "We cannot accept countries that have already used most of the global supply of vaccines using even more of it."

Dr. Mike Ryan, WHO's head of emergencies, compared the practice to handing out life jackets to people who already have them and allowing others to drown.

"International human rights law obliges governments to refrain from actions that frustrate the efforts of other governments to comply with their human rights obligations, including when negotiating international agreements or participating in decisions as members of international organizations," wrote Human Rights Watch at the time. "Yet, when rich governments impede access to vaccines, either by buying up more than is equitable or by hamstringing speedier vaccine manufacturing and distribution through blocking intellectual property waivers at the World Trade Organization, that is what is happening."