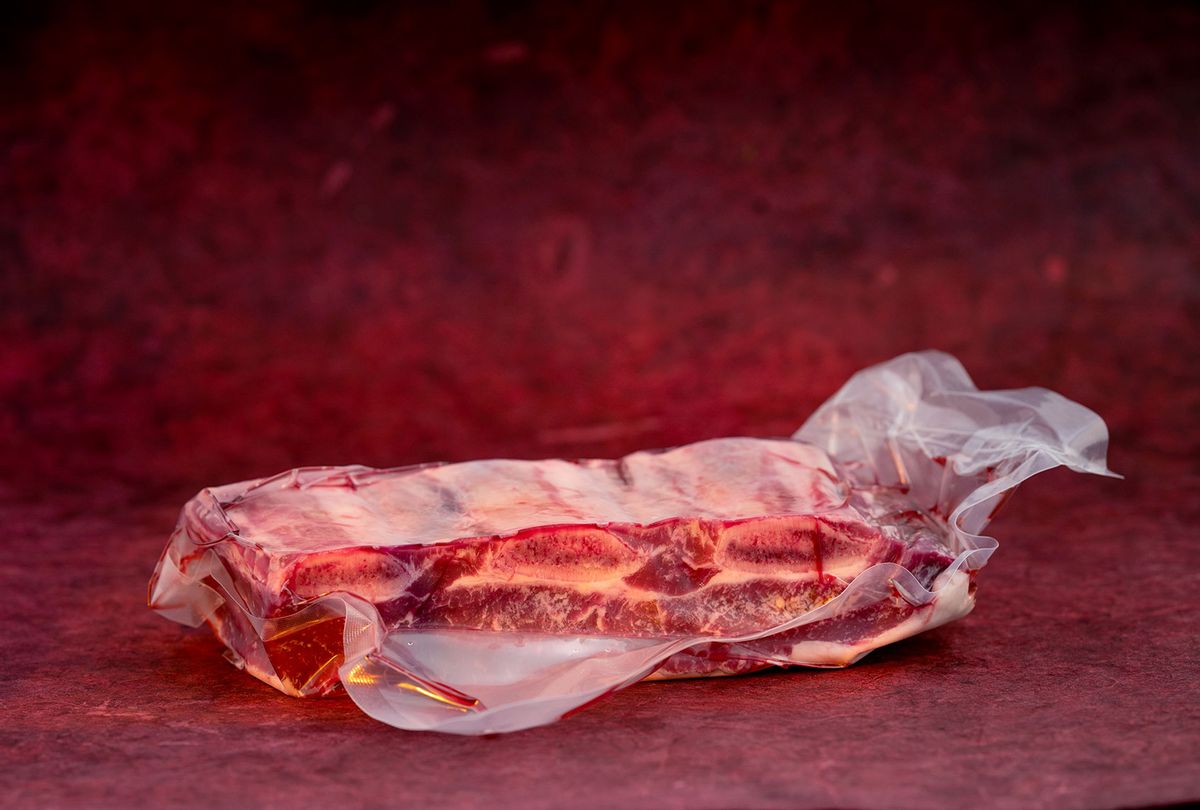 Despite being a work of fiction, Upton Sinclair's 1906 novel "The Jungle" evoked a real-world complex of meat factories in which vermin ran rampant, foul odors could make you gag and workers falling into rendering tanks were ground up with other animal parts and served to unsuspecting consumers. His book was so vivid and graphic that President Theodore Roosevelt, despite personally despising Sinclair, felt obligated to investigate the matter. After confirming many of Sinclair's depictions, Roosevelt pushed for the successful passage of the Meat Inspection Act and the Pure Food and Drug Act, the latter of which eventually established the Food and Drug Administration.

All in all, "The Jungle" ranks alongside Harriet Beecher Stowe's 1852 anti-slavery novel "Uncle Tom's Cabin" as one of the most politically influential works of literature in American history. Yet in the 21st century, where visual media is on-par with the written word in terms of reach, could a moving image have the same effect today as a novel did then?

Perhaps, even, a TikTok video?

Indeed, if one viral TikTok video is to be believed, the people who feed us our meat may still be acting in ways akin to those that once made Sinclair, Roosevelt and other early 20th century Americans feel like vomiting.

That, at least, is the assertion made by a person who identifies as Kash Moore, who in June began posting stomach-churning TikTok videos. Moore, who identifies himself as a farm worker, shows the process by which pig feed is manufactured. The videos show old grocery store food, including breads and packaged food, being ground up and mixed in with the feed — with the plastic wrappings still intact as the processed food is ground up. Moore insinuates that plastic and paper products are being fed directly to farm pigs. The most damning video seems to show workers leaving plastic wrapping on bread before sending it off to be consumed. The creator eventually claimed to have been fired for uploading the videos, though Salon could not confirm the authenticity of the claims. (Salon reached out to Moore through his GoFundMe page, and has not heard back at the time of this writing.)

In any case, the problem of plastic contamination in meat is somewhat of an open secret in the industry.

"Plastic ends up in our food more often than many would suspect, in fact I'd say that almost everything that one eats has traces of plastics," Jane Muncke of the Food Packaging Forum, a nonprofit foundation that studies chemicals in all food packaging materials and their impacts on health, told Salon by email. "This is either tiny bits of microplastics or plastic chemicals. Both can originate from plastic food packaging, or food processing equipment or, sadly, from environmental pollution. Plastics are everywhere and they are persistent. And so they get into food and we ingest them."

Although she does not have experience working in the meat production industry, she added that it is "credible" to be concerned about the possibility "that waste human food is repurposed to animal feed, and that no effort is made to unwrap that food waste — as this would require human labor which can be too expensive."

John Hocevar, Oceans Campaign Director at Greenpeace USA and someone who specializes in plastic entering our bodies, wrote to Salon that a big part of the problem is that we simply do not have good options for disposing of plastic waste. Trillions of throwaway plastic items are produced each year, and they exist long after we have finished using them for a few seconds or minutes.

"We have put so much plastic into the environment that it is now in the food we eat, the water we drink, and the air we breathe," Hocevar explained. "There is so much plastic in the ocean that these days plastic is nearly always present in sea salt. Plastic particles are raining out of the sky, and being absorbed into plant root systems through the soil." Right now, most of us have "several million tiny bits of plastic in our bodies" because plastic is so commonly used in packaging for food and drinks, and is poorly regulated.

Plastic pollution poses a serious threat to humanity, as chemicals in plastic products have been linked to dropping male fertility rates, cancer and other serious health ailments. Plastic pollution is also destroying the environment, with wildlife being entangled in abandoned fishing gear, sea turtles getting plastic straws up their noses and whales being beached with bellies full of junk. These are problems that exist independently of the meat industry – although, as Moore's videos attest, that industry has labor and pollution issues of its own.

As The Washington Post reported last year, meatpacking workers have seen their wages plummet by 50 percent since 1975, with median earnings in 2020 lingering at $14 per hour. With this decline in their livelihoods, there has also been a decline in working conditions. President Donald Trump closely aligned himself with meat manufacturers, successfully allowing for fewer inspectors and faster line speeds for poultry. The pork industry, not coincidentally, was also deregulated. Between these trends and the continued consolidation of the meat industry into a few large companies, it has become effectively impossible to guarantee that our meat is produced in a hygienic fashion. The COVID-19 pandemic has only made matters worse, with Trump compelling meat production factories to remain open to prevent supply chain disruptions as workers became sick. Climate change is also putting the meat industry under a microscope, as the majority of greenhouse gases created by food production come from the meat industry.