If Manchin were to become an independent, it is unclear whether he would continue to caucus with Democrats 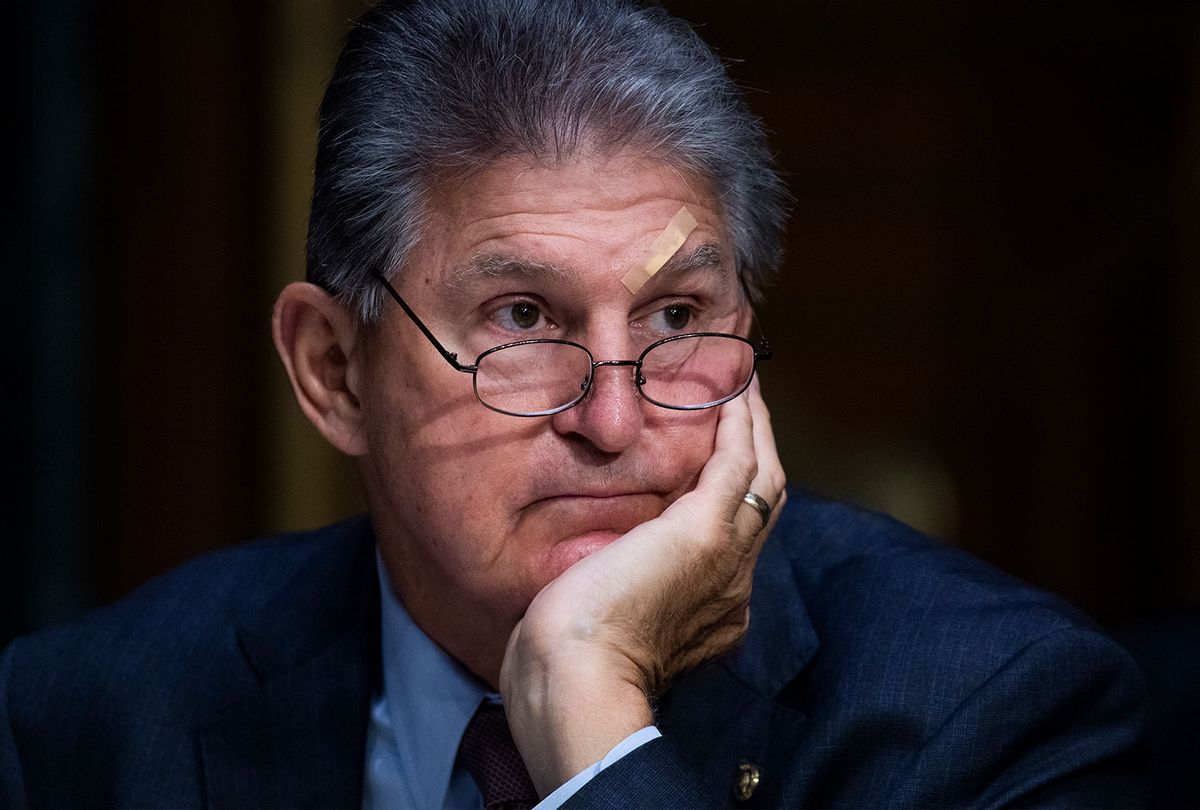 Sen. Joe Manchin, D-W.V., had some choice words after reports surfaced of his plans to leave the Democratic party Wednesday, saying the rumors were "bulls***."

He also told reporters at the U.S. Capitol, "I have no controls over rumors."

The comments come following a report in Mother Jones, which cited associates close to Manchin who had spoken with the moderate senator about his plans to exit the party and become an independent over disagreements on a massive $3.5 trillion budget bill that would expand a number of social programs and climate change initiatives, among other things.

The idea Manchin reportedly discussed with these people was that he would first resign from his party leadership post, and then register as an independent — though he only planned on going through with it if Democrats did not scale back their budget bill beyond the $3.5 trillion compromise that had already been made on Sen. Bernie Sanders' initial $6 trillion bill.

It remains unclear whether Manchin, if he were to ultimately leave the party, would continue to caucus with the Democrats or take his vote across the aisle, effectively handing control over the evenly divided chamber to Republicans, Mother Jones reported.

The rumors also come on the heels of news that Congressional progressives are indeed willing to play ball and significantly scale back their budget bill to appease Manchin. Top Democrats, including President Biden himself, have expressed willingness to cut the bill nearly in half, down to somewhere in the ballpark of $2 trillion.

RELATED: What do "centrists" want? Cutting back Biden's agenda isn't moderate — it's reckless

In particular Manchin has clashed with Biden and the rest of his colleagues over several climate provisions — which it appears will likely be cut from the final bill at Manchin's behest.

Critics have pointed out in recent days that Manchin is currently the No. 1 recipient of fossil fuel industry donations in Congress and that he earns well over triple his congressional salary in payouts from investments in his son's coal company.