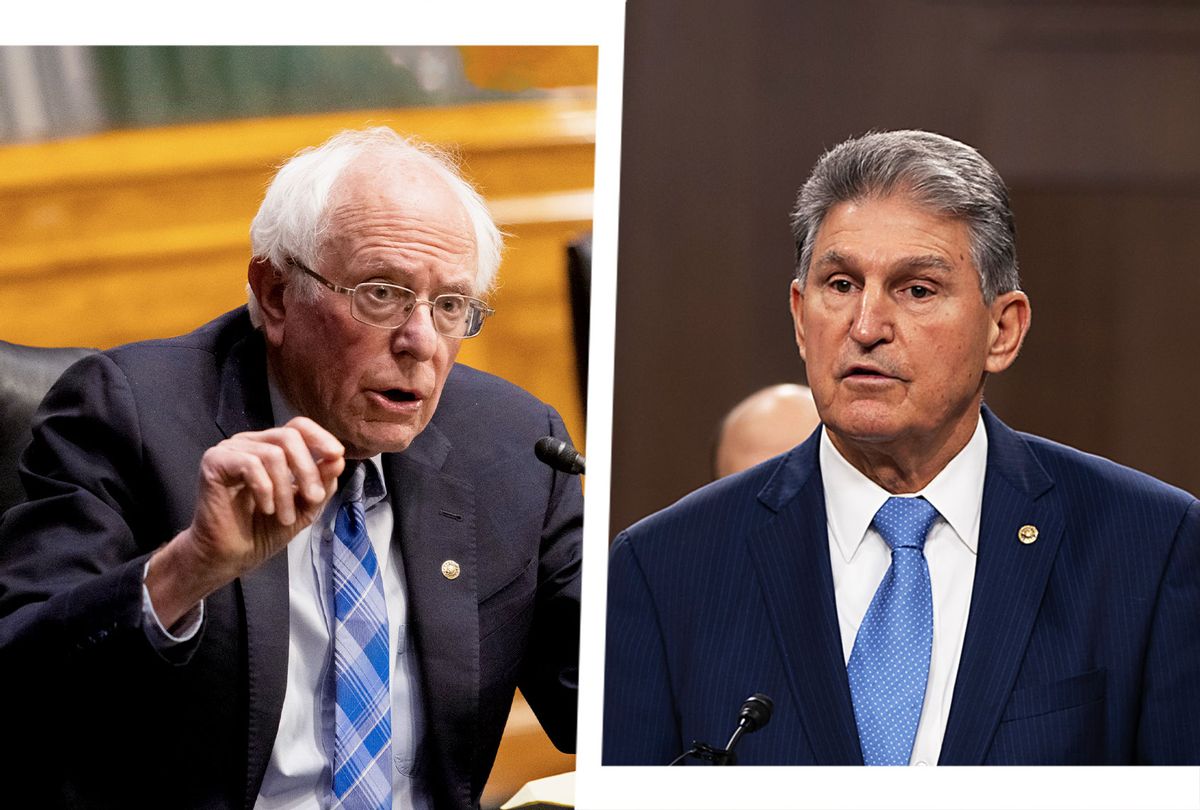 There's not much love lost between Sens. Joe Manchin, D-W.V., and Bernie Sanders, I-Vt., even during normal times — and these are not normal times.

The pair's war of words escalated this week with dueling public statements over their differences of opinion on a $3.5 trillion budget reconciliation bill. Negotiations on the legislation have seemingly stalled out after high-profile opposition from Manchin and Sen. Kyrsten Sinema, D-Ariz., angering both the White House and progressive lawmakers in both chambers.

Sanders fired the latest shot in the form of an op-ed on Friday in Manchin's home-state paper, the Charleston Gazette-Mail, blasting the moderate for obstructing the bill, which has polled extremely well across almost every demographic.

"Poll after poll shows overwhelming support for this legislation. Yet, the political problem we face is that in a 50-50 Senate we need every Democratic senator to vote 'yes,' We now have only 48. Two Democratic senators remain in opposition, including Sen. Joe Manchin," Sanders wrote.

"This is a pivotal moment in modern American history. We now have a historic opportunity to support the working families of West Virginia, Vermont and the entire country and create policy which works for all, not just the few."

It wasn't long before Manchin started taking potshots of his own, writing in a statement, "This isn't the first time an out-of-stater has tried to tell West Virginians what is best for them."

"Senator Sanders' answer is to throw more money on an already overheated economy while 52 other senators have grave concerns about this approach," he added. "I will not vote for a reckless expansion of government programs. No op-ed from a self-declared Independent socialist is going to change that."

Due to the quirks of an evenly split Senate, Manchin and Sinema have outsize power over the legislative branch's ability to function.

The pair was part of a bipartisan group that negotiated a $1.5 trillion infrastructure bill, which was immediately paired with the budget bill and negotiated in tandem across chambers.

But now, the pair of recalcitrant moderates have decided to abandon that approach and seemingly the entire budget bill, citing the measure's large price tag. Both insist that they remain in talks with the White House, though Sinema in particular seems uninterested in the negotiations, jetting first to Arizona and then to Europe for fundraising events.

Following Manchin and Sanders' spat, Biden finally said that the $3.5 trillion top line was likely to shrink in the coming weeks, and seemed especially defeated after admitting that his favored two-years-free community college plan was on the chopping block after opposition from the West Virginia moderate.

The plan also includes measures like an expansion of Medicare, lowering prescription drug prices, universal preschool, an expansion of food stamps, clean energy programs and incentives for adopting electric vehicles, among other things. It remains unclear which provisions Manchin and Sinema would prefer to cut.