Steve Bannon's contempt case: Could the coverup lead to the truth of the crime? 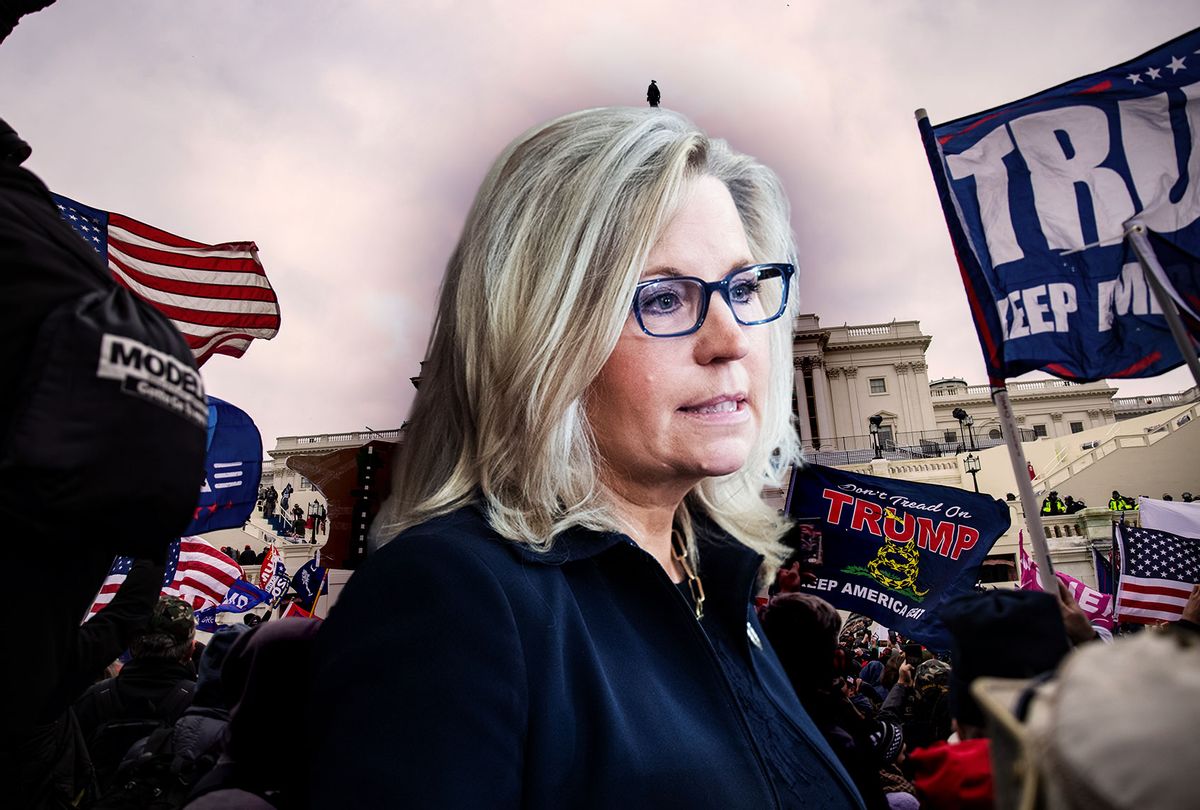 On Thursday, the House of Representatives voted 229 to 202, with nine Republicans joining all the Democrats to hold podcaster and former White House adviser Steve Bannon in contempt of Congress for defying a subpoena to testify before the committee investigating the insurrection of January 6th and events leading up to it. The order was sent to the U.S. Attorney for the District of Columbia, who will evaluate it and will likely put it before a Grand Jury to determine if Bannon should be prosecuted for criminal contempt, a crime which carries a possible fine of $100,000 and a year in jail.

It's not uncommon for congressional committees to threaten contempt of congress when they don't get the cooperation they believe they deserve and the committees even vote to take the case to the floor of the House from time to time. It's usually a sort of game to get the parties to the table to work out an agreement — which they usually do. Or, they will instead file a civil action, where the case slowly wends its way through the courts. And sometimes, the Department of Justice just says no and that's the end of that.

The last time the Department of Justice prosecuted such a case was back in the 1980s when it indicted then former Reagan administration Environmental Protection Agency official Rita M. Lavelle for failing to testify about the department's handling of the EPA's $1.6 billion "Superfund" to clean up hazardous waste. Reagan had fired her and the House voted unanimously to hold her in contempt but she was acquitted at trial. (She was later jailed for lying to Congress in a different case.)

The only person to be convicted of contempt of Congress in recent memory was none other than G. Gordon Liddy, who received a suspended sentence because he was already doing so much time for his other Watergate crimes. Even Nixon didn't have the nerve to pardon all of his henchmen before he left office as Trump did. (Liddy went on to have a lucrative career as a right-wing talk show host so it all worked out well for him. )

The vice-chair of the committee, Republican Rep. Liz Cheney of Wyoming, made it clear what they want to discuss with Bannon and you can certainly see why Bannon wouldn't want to do it. She said in comments to the committee on Tuesday:

"Based on the Committee's investigation, it appears that Mr. Bannon had substantial advance knowledge of the plans for January 6th and likely had an important role in formulating those plans. The day before this all occurred — on January 5th — Mr. Bannon publicly professed knowledge that '(a)ll hell is going to break lose tomorrow.' He forecast that the day would be 'extraordinarily different' than what most Americans expected. He said to his viewers on the air: '(S)o many people said, "if I was in a revolution, I would be in Washington."' (W)ell, this is your time in history."

Bannon also said on his podcast:

Before Thursday's vote by the full House, Cheney said,

"Mr. Bannon's own public statements make clear: he knew what was going to happen before it did ... The American people deserve to know what he knew, and what he did,"

She believes Trump did too:

Mr. Bannon's and Mr. Trump's privilege arguments do appear to reveal one thing, however: they suggest that President Trump was personally involved in the planning and execution of January 6th,

Trump was certainly involved in the planning. He invited people to come to the Capitol on that day tweeting, "it's going to be wild." And we know from the Bob Costa and Bob Woodward book "Peril" that throughout the post-election period, Bannon was pushing January 6th as the big event. (Some of that was, no doubt, Bannon's way of cozying up to Trump for a pardon, which he duly received on Trump's last day in office.) His involvement in the Willard Hotel "war room" with a group of Trump cronies on January 5th and 6th explains why he knew all about the John Eastman coup plot to have Mike Pence throw the election to the House where they could declare Trump the winner. (He alluded to Eastman's scheme in his podcast on the 6th.) What he might have known about any planning for subsequent violence remains unknown although his rhetoric certainly did sound like a call to arms.

Trump knew everything about the Eastman coup plot. He knew about all the coup plots and there were a bunch of them, including, in my opinion, his direction to the rowdy crowd on January 6th to march to the Capitol as the joint session of Congress was meeting to certify the vote. Did he know, or suspect, that the crowd was going to storm the building?

Whenever I think of that I can't help but recall the January 5th exchange in "Peril" between Trump and Pence in which Trump, listening to the crowd outside the White House cheering for him, told Pence that he wanted him to let the House of Representatives decide the election. Pence responded that he didn't have the authority and Trump gestured to the crowd outside the window and said to him, "Well, what if these people say you do?" Pence replied that he didn't think any one person should have that power and Trump pressed him. "But wouldn't it be almost cool to have that power?"

As we know, Pence refused, but according to the book Trump later commented to others that there was a lot of anger "out there" and we all know what he said the next morning to his ecstatic and worshipful crowd. As he sat in the White House watching his people, carrying Trump flags, breaking windows and beating cops, it's not hard to imagine that he was thinking about how "cool" it was to have that power.

Bannon, meanwhile, is almost certainly "in heaven," as author Michael Wolfe put it to MSNBC's Lawrence O'Donnell earlier this week:

"Remember, Steve has been in the wilderness for the last three years since Trump forced him out of the White House. But the real pain in Steve's heart is that the attention has been on Donald Trump — who Steve regards as, as stupid, crazy and a crook — rather than the attention being on Steve Bannon. So, yes, it's a good day for Steve."

I suspect Bannon will be happy to fashion himself as a "political prisoner," comparing himself to everyone from Nelson Mandela to Gandhi to Martin Luther King. He won't mention the one he really resembles, but he has certainly seen the parallels — and Steve Bannon certainly thinks it would be very "cool" to have that guy's power.