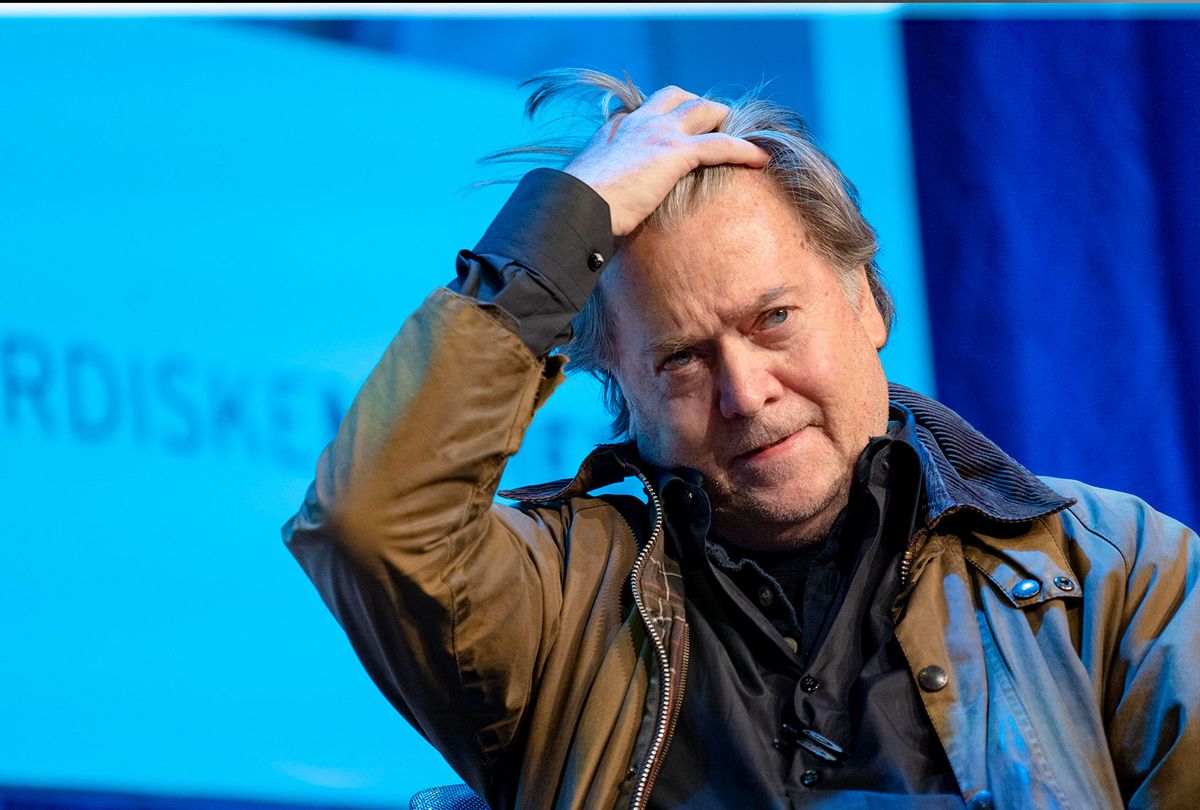 The U.S. House of Representatives voted largely along party lines Thursday to refer Steve Bannon, a former adviser to President Donald Trump, to the Department of Justice for criminal contempt of Congress after he ignored a subpoena from the select committee investigating the Jan. 6 Capitol riot.

Nine Republicans joined every Democrat present, for a tally of 229-to-202.

Earlier this week, the committee voted unanimously to refer the matter to the entire house for a vote. The matter set off a round of fireworks in a subsequent House Rules Committee hearing, in which Rep. Liz Cheney, R-Wyoming, made an earnest plea to her Republican colleagues to stop stonewalling her committee's efforts to hear from those who may have been involved in the planning and execution of the attempted insurrection.

She even called out Minority Leader Kevin McCarthy by name — though if the vote count is any indication, her pleas appear to have largely fallen on deaf ears.

"I've heard from a number of my colleagues in the last several days who say they, quote, 'Just don't want this target on their back.'" Cheney said. "They're just trying to keep their heads down, they don't want to anger Kevin McCarthy, the minority leader, who has been especially active in attempting to block the investigation of events of Jan. 6, despite the fact that he clearly called for such a commission."

"I urge you to do what you know is right, to think of the long arc of history." She continued, "We are told that it bends towards justice. But it does so only because of the actions of men and women in positions of public trust. ... Will you be able to say you did everything possible to ensure Americans got the truth about those events, or did you look away? Did you make partisan excuses and accept the unacceptable?"

Trump has repeatedly instructed his former aides to not answer the committee's questions or fulfill their requests, citing executive privilege. President Joe Biden has so far refused to defend the assertion of executive privilege, prompting Trump and his legal team to file a lawsuit against the panel earlier this week.

It's a relatively new legal gray area, experts said, and as the case snakes its way through the courts it may set a new precedent for future cases.

"The book of prior decisions by the courts about presidential disagreements over confidentiality is an empty book," Peter Shane, an Ohio State University law professor, told The New York Times. "I don't think there has ever been such a case adjudicated by a court."

Meanwhile, Bannon's fate now lies with Attorney General Merrick Garland's Justice Department, which will decide in the coming days whether to pursue the case. Contempt of Congress is a misdemeanor which, if Bannon is convicted, carries a maximum sentence of one year and a fine of up to $100,000.