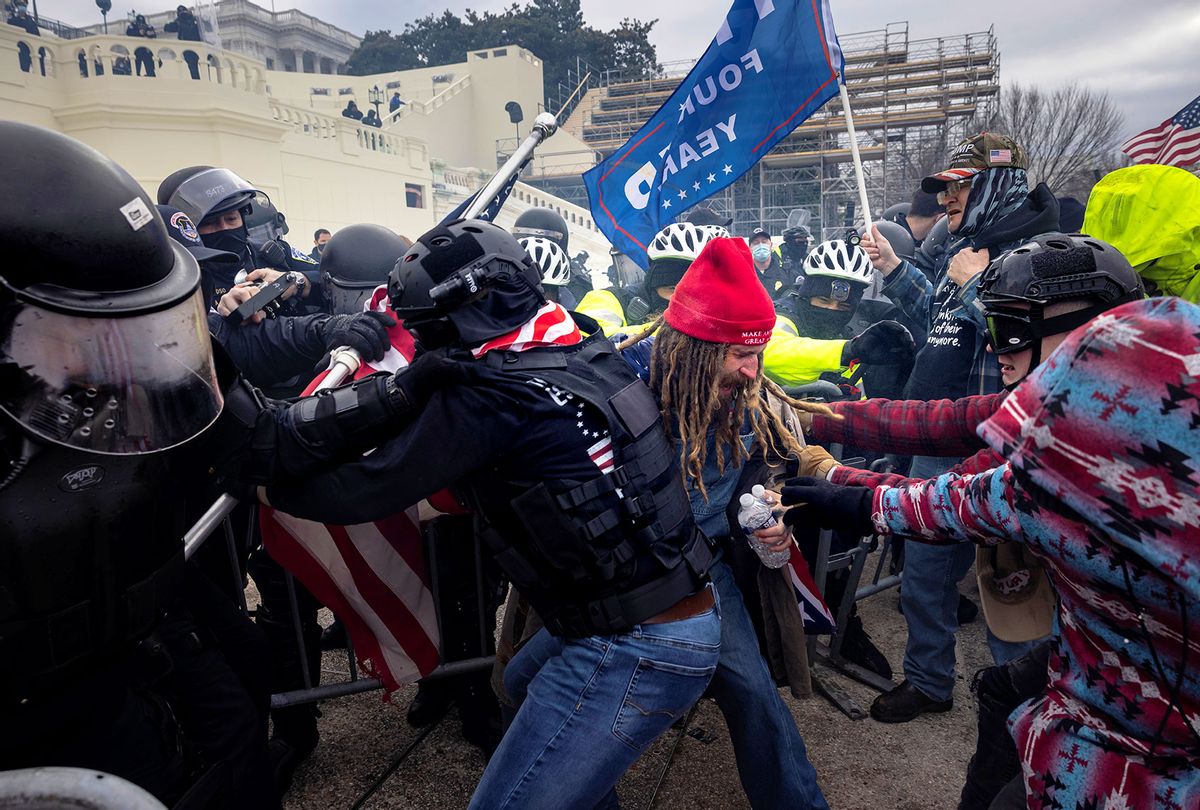 A judge on Thursday slapped a Trump supporter with a harsher sentence than what the Department of Justice asked for after making what the judge described as an "offensive" argument.

BuzzFeed News reports that Troy Smocks, a Black Trump supporter who encouraged his fellow Trump fans to "prepare our weapons" and "go hunting" for Democrats on right-wing social media website Parler, was sentenced to 14 months in prison by US District Judge Tanya Chutkan.

Smocks tried to argue to Chutkan, who is also Black, that he is being treated unfairly due to the color of his skin.

"Smocks told Chutkan that he believed he had been treated more harshly than white Trump supporters who were charged with misdemeanor crimes for going into the Capitol," writes BuzzFeed. "He claimed to be the only Black person charged in connection with Jan. 6 to face pretrial detention, but Chutkan noted that wasn't true."

Smocks travelled to Washington D.C. on January 6th but was not charged with taking part in the Capitol riots.

Smocks then compared himself to civil rights protesters in the 1960s who were arrested for protesting against segregation -- and at this point, Chutkan stepped in and said his arguments were "offensive."

"People died fighting for civil rights, people were gassed, they were beaten, they were tortured mentally and physically," Chutkan told him. "For you to hold yourself up as a soldier in that fight is really quite audacious."