Rep. Jim Banks falsely claimed he was the ranking Republican on the Jan. 6 committee to gain inside information 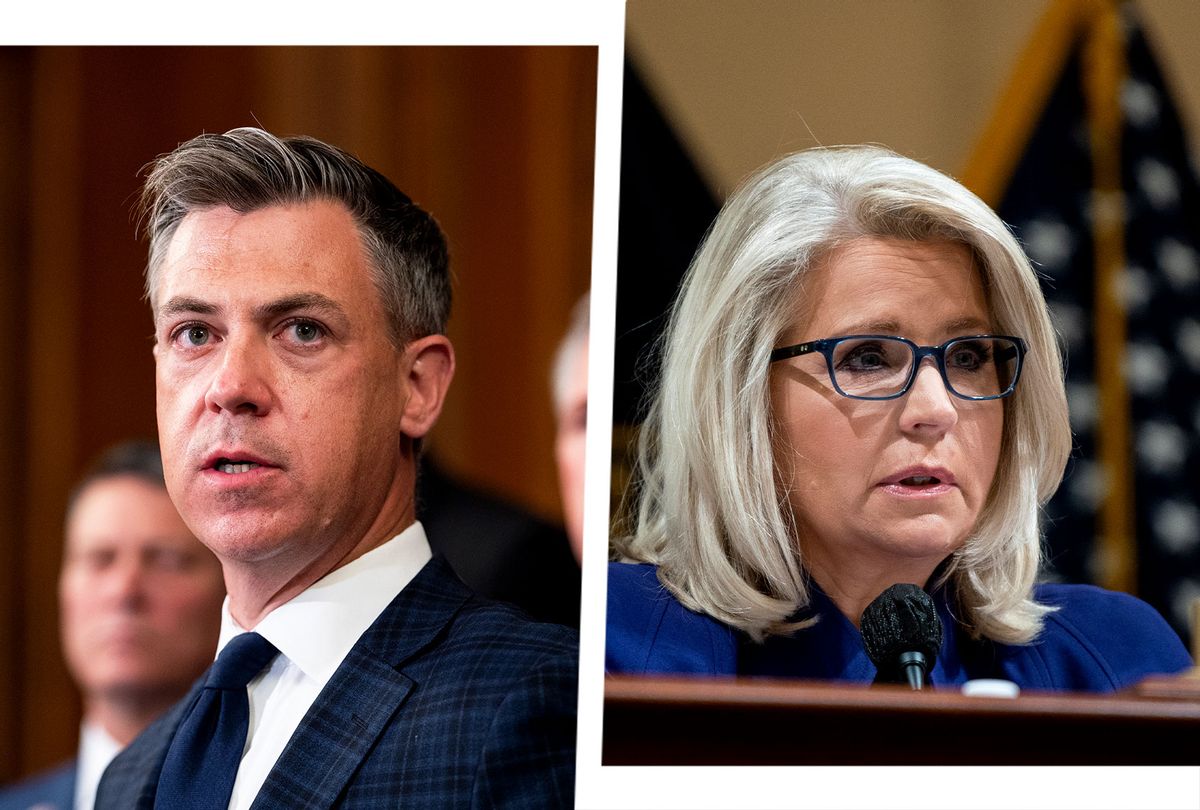 Liz Cheney publicly called out her fellow Republican congressman for lying on Thursday.

Rep. Jim Banks, R-Ind., was caught red-handed by Cheney, a Republican congresswoman from Wyoming, sending letters to federal agencies claiming he was the ranking GOP member on the House select committee investigating the Jan. 6 Capitol riot. In fact, Banks was rejected from serving on the committee because he voted to overturn election results — a demand made by violent rioters that day.

Cheney, the committee's vice-chair, called Banks out for his blatant falsehood as she entered his misleading letters into the official Congressional record.

"I would like to introduce for the record a number of letters the gentlemen from Indiana has been sending to federal agencies, dated September 16, 2021, for example, signing his name as the ranking member of the committee he's just informed the House that he's not on," Cheney said during a Thursday speech from the House floor.

Banks was apparently attempting to deceive federal agencies into revealing information that was shared with the committee.

In one of the letters to Interior Secretary Deb Haaland, Banks asked that the department "provide me any information that is submitted to the Select Committee."

"Additionally, please include me on any update or briefing that you provide," he continued.

The legal justification Banks appears to be using centers around the idea that he was at one point nominated by Minority Leader Kevin McCarthy to serve as the committee's ranking Republican member — and an assertion the "minority party in Congress retains rights to the same information that is provided to the majority party."

Speaker Nancy Pelosi immediately rejected both Banks' placement and that of Rep. Jim Jordan, R-Ohio, over their stated intentions of stonewalling any investigation into the events of Jan. 6. At the time, Pelosi cited widespread dismay among Democrats due to the "statements made and actions taken by these members."

Both Banks and Jordan voted to overturn election results in several states on the evening of Jan. 6 — and continue to support Trump's Big Lie to varying degrees.