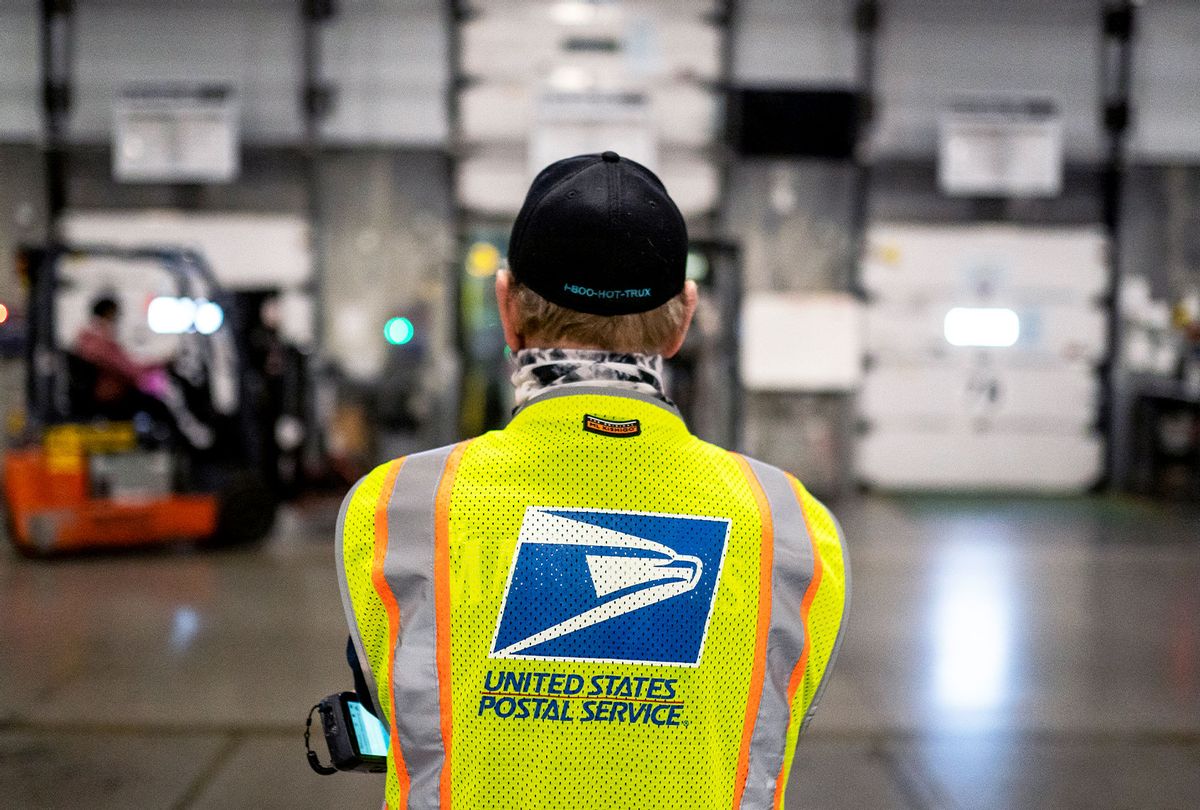 The Virginia Democratic Party is suing the U.S. Postal Service for allegedly failing to deliver election-related voter materials on time, claiming that the lapse "threaten[s] to disenfranchise thousands of Virginia voters" just ahead of the state's consequential gubernatorial election.

The suit, filed on Friday in a U.S. district court in Richmond, Virginia, cites a "significant delay in election mail" in Albemarle, Portsmouth, and James City, calling the dysfunction "particularly egregious." The delayed mail reportedly represents a quarter of all ballots in these three jurisdictions.

"Thousands of ballots delivered to postal facilities by the general registrars weeks ago are still outstanding and, weeks later, have not yet even been scanned into USPS's system. Even if these voters do eventually receive their ballots before Election Day, the slowdowns promise that they will not have sufficient time to send them back with assurance that they will arrive in time to be counted," the two wrote.

"And even if a ballot reaches the appropriate election official before the receipt deadline, if the official identifies any issues with it that require remediation before it may be counted, the voters will have run out of time to rectify the problem."

The offensive comes amid Virginia's nail-biting gubernatorial race, whose candidates include the state's former Democratic Governor, Terry McAuliffe, and right-wing businessman Glenn Youngkin. Nearly one week out from the election, a recent poll put them in a dead heat, with both candidates receiving 48.3% of the state's votes. Youngkin would be the state's first Republican governor since 2009, CNN notes.

The USPS has denied the suit's allegations, telling CNN that the agency has a "robust and tested process for the proper handling and timely delivery of Election Mail."

"Our Election Mail processes and procedures are fully operational in Virginia. We are not aware of any processing delays of any ballots within our facilities nor any ballot delivery delays, and we have fully communicated this information to election officials," the agency wrote in a statement.

The state's Department of Elections indicates that Virginia voters had until last Friday in order to request mail-in-ballots. The ballots must be delivered to the state's registrar by November 2 to be counted in the election.

DeJoy has faced increasing calls to resign over his alleged conflicts of interest, which center on XPO Logistics, a freight company that reportedly contracted with the USPS during his government tenure. Last week, the Citizens for Responsibility and Ethics in Washington (CREW) reported that DeJoy refused to divest himself from XPO until last October, despite recusing himself from agency decisions that involved the firm.