Is there an "energy crisis"? Not really — fossil fuels are collapsing, and it's high time

Why are energy prices spiking? Mostly because we're not making the transition to wind and solar fast enough 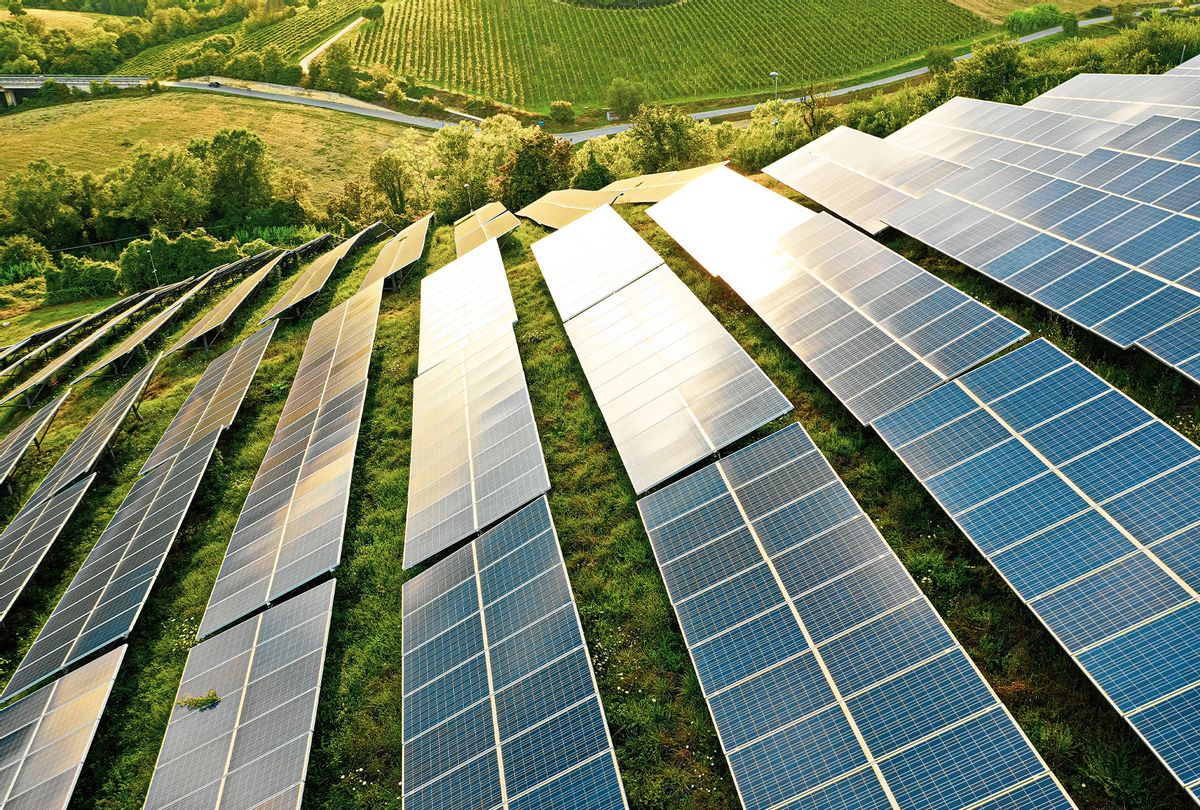 The Economist calls it "The Energy Shock." Forbes and the Wall Street Journal go further, resurrecting a term from the 1970s: "Energy Crisis." The media is hyperventilating.

But what is going on, really? I'd describe it as the first fossil fuel collapse of the clean energy transition, or even as proof that cleaner and faster means cheaper and stable energy." That's quite different from the Economist subhead, which pushes the idea there are "grave problems with the transition to clean energy."

What does the evidence show? First, renewable wind and solar increased their contribution to global energy supply by a record 8% in 2021, providing 8,300 TeraWatt hours (TWH) of clean, cheap power. Wind generation globally grew by 17%, in spite of poor winds in parts of Europe. Overall, renewable power delivered 30% of the world's electrons in the first year of pandemic recovery.

This clean energy growth occurred despite the fact that governments provide $600 billion per year to subsidize the use of fossil fuels. This new wind and solar power was cheaper than coal and gas in virtually every case. Indeed, the only major exceptions — meaning economies where fossil fuel generation is still cheaper than renewables — are Russia and Mexico (cheap gas), along with Japan and Indonesia (cheap coal).

RELATED: Climate tipping point? ExxonMobil's shareholder revolt and the end of the line for fossil fuels

Current spikes in energy prices are primarily the result of market manipulation, which is hampering an adequate response to rapid economic recovery from the pandemic. We've seen this play before. A similar set of price spikes followed the 2008 financial crisis: Oil prices jumped by 68%, seaborne coal by 88% and U.S. natural gas by 33%. Indeed, volatile prices that jump up and down dramatically are normal for fossil fuels. For the last 15 years, the Brent oil price index and the U.S. Henry Hub gas benchmark have both varied year to year by more than 20% — and the Newcastle index for exported coal has leaped by a shocking 47% in an average year.

Unlike fossil fuel energy, renewable power displays intrinsic price stability. Even a partial market share for renewables reduces an economy's vulnerability to fossil-fuel price volatility, and the larger that share grows, the greater the buffer. Electric utilities in Sweden, because of that country's large renewable power share, don't much care about the price of gas.

The biggest single factor in the market failure we see at the moment is manipulation: The consortium of oil-producing nations known as OPEC+ has withheld crude oil, while Russia has restricted exports of natural gas. Massive pre-pandemic losses on shale gas and oil has deterred investors, understandably enough, from renewing their commitment to rapidly depleting shale wells. Energy markets overall are inadequately designed and lack buffers against volatility caused by factors like these.

A second major challenge has come from weather disruptions caused by climate change: Floods have obstructed coal production in India; hurricanes have shut down oil and gas in the Gulf of Mexico; winds have been lethargic in Europe. This problem will increase as we see more climate-related supply chain issues in critical parts of the world. Texas gas production will be affected by more hard freezes, droughts will shut down coal plants in China and India, and floods may well close coal mines in Australia.

The final problem is underinvestment. The International Energy Agency (IEA) estimates that the world is investing only half as much overall in cheap new power sources as is required by a growing global economy. One factor in this capital strike is large-scale collective unfamiliarity with the dynamics of an energy transition, and a persistent but incorrect belief that a slow and gradual transition from dirty fossil fuels to clean renewable power will be safer and more affordable. In reality, essentially the opposite is true: The faster a country or region (or the world, for that matter) increases its stock of wind turbines and solar panels, the cheaper its energy bills become and the less exposure it has to the volatility associated with generating power with coal, oil or gas.

So the solutions for today's energy bottlenecks are quite different than conventional wisdom. The Economist, for example, correctly argues that market reforms are needed to prevent small shifts in supply and demand from producing huge price swings. It correctly endorses the IEA position that we are not investing enough in energy overall to power growing economies.

But the magazine then goes on to argue that  "Many countries … need gas to be a bridge fuel ... as they ditch coal and before renewables have ramped up." In fact, if time and capital are in short supply, renewables beat gas as gap-fillers, hands down. Solar panels and wind turbines go up faster than gas plants, and far faster than terminals to handle liquefied natural gas (LNG). Vietnam, realizing it would be unable to meet its goals for new coal plants, shifted its major investments to solar power and increased its generation capacity by 25% in two years. That also drove down the cost for its next round of solar investments. If the world has a genuine shortage of generating capacity, fossil fuels come online too slowly to remedy that problem — but renewables do not.

The most important lesson from this energy shock is that the conventional, gradual path to renewable energy is risky, not safe. A slow transition extends the period during which fossil fuel shortages or other volatility drivers can erupt, and stretches out the process by which expanding clean energy capacity lowers energy costs. Increases in the cost of gas afflict Norway and Sweden, with grids powered more than 50% by renewables, far less than Belgium and the Netherlands, which are still overwhelmingly dependent on coal and gas.

Investing more ambitiously in the cheapest, most secure and least volatile energy sources — which chiefly means wind and solar power — and embracing rather than slow-walking the energy transition, is the key to ending this supposed energy crisis. It will minimize the economic costs of future price volatility, begin to solve the climate crisis and largely eliminate the curse of air pollution.

More from Carl Pope on the climate crisis and the clean-energy transition: