The best salt substitutes, according to a food scientist

The trick might be hiding in your crisper drawer 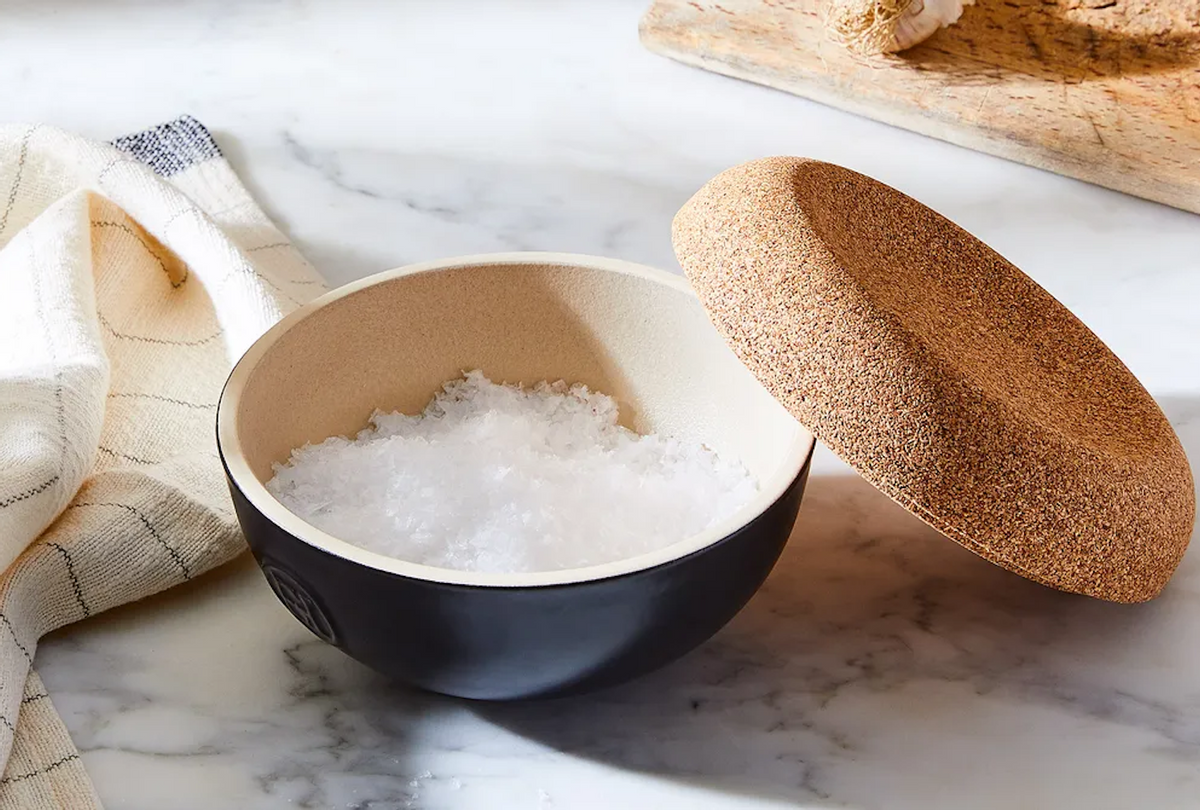 If you're looking for a salt substitute, it's most likely because a doctor or nutritionist has advised you to cut back on your sodium intake. In other cases, it might just be because you ran out of salt, but that's certainly a less likely scenario. Either way, there are plenty of ways to substitute salt without sacrificing flavor. "Just like sugar, we can increase our sensitivity to salt by decreasing the amount we consume over time," says food scientist and blogger Nik Sharma.

Consider The Sodium In Your Diet

And to clarify, one teaspoon of table salt contains 2,325 milligrams of sodium, which will automatically push you over the AHA's recommended intake.

If you want to cut back on your sodium intake or simply find a flavorful salt alternative, consider these alternatives and ingredient substitutions:

Don't Salt As You Cook

One easy way to cut back on the amount of salt in your food is to avoid salting as you cook, says Sharma. Although many cooks might disagree, as salting as you go slowly brings out the flavor of all of the food during the cooking process, Sharma believes that plenty of ingredients like soy sauce (buy a low-sodium version if you're reducing salt for nutritional reasons), capers, anchovies, and miso are naturally salty and don't need more salt added.

He also recommends ignoring the rule of adding salt to water for pasta or most vegetables. "The only time I'll add salt to water is if it will affect the texture of the food, such as if I'm making a pot of beans or potatoes," he says. "I know the presence of salt will make the beans softer and creamier."

This sodium-free salt substitute is ideal for anyone who is on a low-sodium diet. Its main ingredient is potassium chloride, which is generally used as a medical mineral supplement to lower sodium levels in adults. However, know that if you use potassium chloride salt substitutes, your food will likely taste more mineral-y. "People notice metallic and bitter aftertastes and it can be hard to mask it," says Sharma.

"One of the easiest ways to cut back on the amount of salt in your food is to add more acid," says Sharma. "These two types of flavors interact with each other." If you add acid, such as lemon juice or vinegar, at the end of the cooking process, you'll likely need less salt. The only time Sharma would advise against this practice is if you suffer from acid reflux.

Unlike kosher salt or table salt, coarse sea salt and rock salt contain more flavorful minerals, so you may need to use less of them to achieve a desirable salty taste. Try this for salting water for potatoes, which are one of the few vegetables where the texture benefits from salted water (like beans), or using it as a finishing salt on roasted potatoes.

If you want to cut back on your sodium intake and increase your sensitivity for salty flavors, replace regular soy sauce with low-sodium soy sauce, which generally has about 40% less sodium per serving. This isn't the best choice for someone who needs to drastically reduce their sodium intake per doctor's orders, but it will help cut back on an individual's consumption.

"Anything that comes from the ocean, like seaweed or dried anchovies, will taste salty without drastically increasing your sodium intake," says Sharma. Add anchovies to marinara sauce to round out the flavor with umami and salt or crumble dried seaweed on top of a salad.

Make an umami-rich stock using mushrooms (Sharma like shiitake mushrooms) and use that in place of a pre-salted packaged chicken or vegetable broth. The umami notes will pack in so much flavor and richness that you'll need far less salt for soup, pot pies, or any other recipe that starts with a stock base.

Depending on the recipe, adding pickled or preserved produce like preserved lemons or olive brine will build flavor and may require less additional salt for a balanced, flavorful dish. This is a great substitute if you find yourself without salt, but pickled and preserved ingredients are typically heavily salted. If you run out of salt, make a salad dressing using the juice from preserved lemons.

On the whole, using a more complex combination of herbs and spices, or a seasoning blend, will add a more complex blend of flavors and therefore could reduce the need for additional salt. This trick works across the board, from seasoning meat and fish to pasta sauces and casseroles.