As a Chinese woman living in America, here's why I think the congee in the film was a game-changer 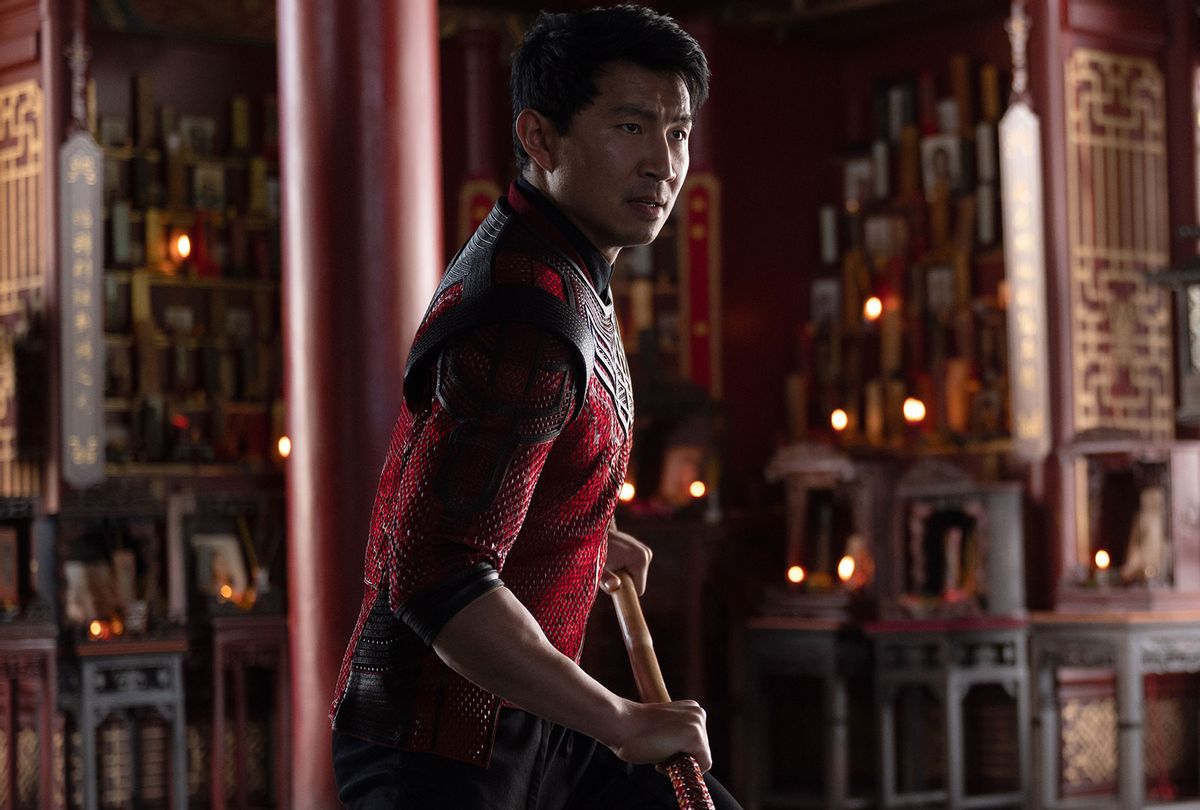 I have a confession to make: I was never a huge Marvel fan. To be honest, I was indifferent to Thanos' death, as well as the superheroes' victory. While audiences were applauding for the supervillian's death, I felt a bit of emptiness as I didn't feel a huge connection between my background as a Chinese woman and the depictions of the heroes on screen.

My feelings have changed since the release of  "Shang-Chi and the Legend of the Ten Rings" — specifically after watching a particular scene involving food.

On a Sunday night, sitting in a theater, oddly enough, I empathized with the characters. All the ingredients were there: the predominantly Asian cast (I grew up watching Tony Leung's movies), the perfect Mandarin pronunciation, the traditional Chinese elements running through the film. These all pulled me closer to my memories; my heritage and language; and to my Chinese background.

During the movie, I was especially struck by a small detail: the rice porridge in the breakfast scene. When Shaun/Shang-Chi (Simu Liu) was at Katy's (Awkwafina) door, her mom said to him: "She's not ready. Come have some zhōu while you wait."

Inside, the family was having a nice breakfast of congee together. A large bowl of rice porridge was placed on the dining table, waiting to be distributed. Oh, my dear zhōu! It was at that moment I knew the movie was going to make a difference.

After all, it's not orange chicken.

In the U.S., Americanized Chinese food isn't uncommon. David R. Chan, a Chinese food expert who has eaten more than 7,400 Chinese restaurants in America, explained the invention of this variety was out of "historical accidents."

It's a product of two separate eras, first adapted for ingredients found in the U.S. and later adapted to American tastes by Taishanese migrants in the 19th century. Then culinary traditions that were brought from Sichuan, Hunan and other mainland areas to Taiwan were eventually transported again to New York by Taiwanese chefs, who were cooking for a non-Chinese customer base.

I'm with Chan on that. You can't expect to completely learn Mandarin from the Americanized standards. For the same reason, you can't fully understand Chinese culture by a variation of Chinese food that only has shallow Chinese roots.

That's why I was so frustrated by the misrepresentation of Chinese culture on TV — especially the Chinese food culture. According to a study from USC Annenberg Inclusion Initiative, in 1,100 popular films from 2007 to 2017, the prevalence of Asians on screen only increased from 3.4% to 4.8%.

Even if Asians, especially Chinese, are on screen, they always speak accented English and Americanized Mandarin Chinese. What's worse, orange chicken, depicted as a popular Chinese dish, is often under the spotlight.

But the congee at the breakfast table in "Shan-Chi" is a game changer. It's definitely a "Chinese-approved" dish. Though the origin of congee is still a mystery, it likely originated in China. The earliest reference can be traced back to the Chinese Zhou dynasty, circa 1,000 BCE.

This fits within a larger trend of seeing more accurate representations of diverse food cultures on TV. Actually, according to ​​Krishnendu Ray, the associate professor of food studies at New York University, the representations of the East are shifting from "etic" to "emic" — that is, from looking at a culture from an outsider's point of view to an insider's point of view.

He explained that, due to the rise of East Asia in both hard power and soft power, the relationship between Asian and American populations is changing. Also, with the democratization of social media like Instagram and TikTok, information spreads. People have a place to learn about food cultures, and people in the dominant culture — especially young people — are more omnivorous when it comes to authenticity.

"The representation is changing dramatically. [The congee] in 'Shang-Chi and the Legend of Ten Rings' is a terrific example," Ray said. "And I think that's the future very clearly, with the rise of Asian cultures."

In Chinese culture, breakfast is the most important meal of the day. The old saying, "Have a good breakfast, a full lunch and a small dinner," runs through generation to generation. It basically means, "Breakfast like a king, lunch like a prince, dine like a pauper." Breakfast, according to Chan, "does have an important role in Chinese food culture, in some ways more important than other meals since it is the most likely meal to be eaten at home."

Not only is breakfast eaten at home, but also eaten with family — the Chinese value family and harmony. As the most common breakfast pick on the dining table, isn't congee a bond that ties the family closer?

Simmer either long-grain or short-grain rice in extra water until it's fully softened, then you get a pot of thick congee. A staple food across Asia, congee has various regional versions. Kayu in Japan, juk in Korea, babor in Cambodia, lugaw in Philippines, chok or jok in Thailand — the list can go on and on. The preparation differs slightly depending on the culture. For instance, some cultures substitute water with chicken stock, while others cook the rice along with other ingredients like seafood.

Regardless of the names and regional varieties, congee is a get-better food across cultures. If you feel sick, softened rice and rice soup will warm you up, gently comforting you from the stomach to the whole body. Going back to when I was in kindergarten and was too sick to eat, my dad always cooked plain congee and carefully fed me with a spoon.

"Have some báizhōu (plain congee), then you'll get better soon," he said.

His words have been a curse. Even after two decades, I can still remember him sitting at my bedside and blowing the congee to cool. Those memories were so vivid that plain congee has become my instinct when dealing with sickness. I guess congee, above a traditional cultural food, is a universal language for reticent Asian parents to say, "I love you," and a way of demonstrating care for early morning visitors who show up on your doorstep, much like Shang-Chi.