Damming new testimony from Dr. Deborah Birx suggests a lot of people died so that Donald Trump could get elected 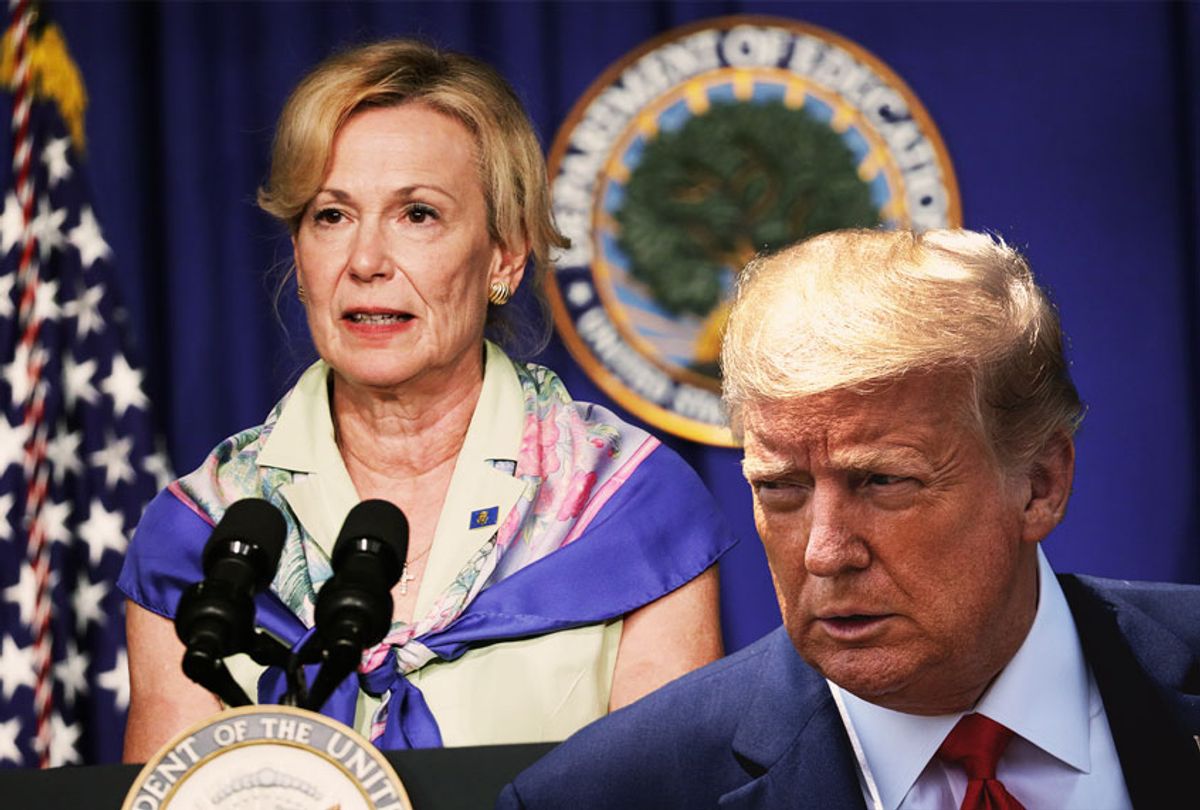 Is playing politics with a deadly pandemic a crime against humanity? The Brazilian Senate thinks so, and has backed a report calling for charges against President Jair Bolsonaro over his handling of COVID-19.

The committee that prepared the report had originally called for Bolsonaro to be charged with genocide and mass homicide against the indigenous people of Brazil as well but those charges were removed by the larger Senate before the vote. Whether the crimes against humanity charges will be sent to the International Criminal Court for investigation and adjudication is unknown. If they are, it will be a first.

The 1,300-page report also calls for eight other charges against Bolsonaro, including misuse of public funds and spreading fake news about the pandemic as well as falsification of documents and incitement to crime, which they referred to Brazil's top prosecutor, an ally of the president who is unlikely to prosecute.

Brazil's death toll is huge — second only to the United States — with over 600,000 deaths and counting. That nation's first wave was monstrous, with mass graves and overwhelming hospital overload. When the second hit, medical facilities were so ill-prepared that they ran out of oxygen. Bolsonaro's response has been to tell people to "stop whining" about "the little flu." He refused necessary lockdown measures from the beginning and relentlessly pushed snake oil cures like hydroxychloroquine. He has disparaged vaccines, masks and other public health measures.

Brazil is a signatory to the International Criminal Court so it could theoretically agree to hear the case should it be forwarded to them. The law seems pretty straightforward, according to this analysis by Jen Kirby at Vox:

A crime against humanity exists "when committed as part of a widespread or systematic attack directed against any civilian population, with knowledge of the attack." "other inhumane acts of a similar character intentionally causing great suffering, or serious injury to body or to mental or physical health."

Kirby spoke with David Scheffer, a senior fellow at the Council on Foreign Relations and former U.S. ambassador-at-large for war crimes issues, who told her that the "catchall nature" of the last part of the statute was deliberate:

It is obvious that other types of assaults on your civilian population are going to emerge in the future, and you have to provide for that in the statute. It's hard to think of a better example than intentional mismanagement of a Covid-19 pandemic or some other pathogen. And so I would argue that, yes, that's fair game.

Bolsonaro defiantly says that he is guilty of "absolutely nothing" despite his decisions to allow the virus to spread through the country in pursuit of "herd immunity" which basically translated to "let 'er rip." And he has continued to spread disinformation. Just this week, Facebook and Youtube removed a video in which the Brazilian president falsely claimed a link between COVID-19 vaccines and AIDS.

You will no doubt recall that Bolsonaro and Donald Trump were great friends and kindred spirits during Trump's term. They saw eye to eye on many things, but perhaps on nothing so much as the proper response to the pandemic.

In March of 2020, as the virus was starting to spread quickly, the Brazilian leader visited Trump's private club, Mar-a-Lago, and that became one of the earliest Trump super-spreading events when Bolsonaro's press secretary tested positive for the virus after meeting with Trump, Vice President Mike Pence and others. Bolsonaro came away from the meeting inspired by Trump, telling his health minister "that life was normal at Mar-a-Lago, everything was cured, and that hydroxychloroquine was the medicine that was supposed to be used. From that time on, it was very hard to get him to take the science seriously."

We all saw the similarities between Bolsonaro and Trump's reaction to the pandemic in real-time.

They both downplayed the virus and were obsessively concerned with the economic fallout, leading them to lean on scientists to fudge the numbers. Both of them were constantly out in public exposing themselves and others to the virus and they each recommended unscientific cure-alls while ignoring the public health recommendations that actually mitigated the worst of the virus. Trump really wanted to take credit for the vaccines, but has been forced to downplay that achievement due to skepticism among his followers, while Bolsonaro just comes right out and says they don't work. Their record in the pandemic is astonishingly similar.

Here in the U.S., the task of investigating what happened with the pandemic has fallen to the House Select Subcommittee on the Coronavirus Crisis, which has kept a pretty low profile these last few months. But on Tuesday they took the testimony of Dr. Deborah Birx, Trump's COVID-19 coordinator. According to the New York Times, Birx reiterated her earlier shocking claim that at least 130,000 lives were unnecessarily lost because the administration refused to do everything it could to ensure the nation followed the public health recommendations to mitigate the spread of the disease.

But in her testimony this week she also said that as the pandemic wore on into the summer and fall, the administration became distracted by the presidential campaign and pretty much lost interest in the crisis. In other words, a lot of people died so that Donald Trump could get elected.

When asked if she felt Trump did everything he could to save lives, Birx replied, "no."

She also complained about the malign influence of Dr. Scott Atlas, the radiologist who caught Trump's eye on Fox News and was brought in to push the idea that the country should seek "herd immunity," just as Bolsonaro had tried to do in Brazil. Birx testified that Atlas even brought to the White House the three physicians who later authored the "Great Barrington Declaration," which called for deliberately hastening herd immunity. Trump was all in:

Bolsonaro and members of his family are under fire for corruption as well and there is a good chance he may face jail time as well as a tough re-election campaign next year. And then there is the little matter of the crimes against humanity charges that could be before the International Criminal Court.

His good friend and inspiration, Donald Trump, is in a similar situation — although he has three more years to try to make everyone forget his terrible response to the pandemic. Trump needn't worry about the ICC, of course. The U.S. isn't a signatory. The powers that be thought signing on to it might result in U.S. troops being accused of war crimes. I doubt they anticipated that a U.S. president might be accused of facilitating the deaths of hundreds of thousands of his own citizens. Donald Trump has always been a very lucky guy in that way.