Did Jason Miller, Donald Trump Jr. and CPAC visit Brazil to help the "Trump of the Tropics" rig his own election? 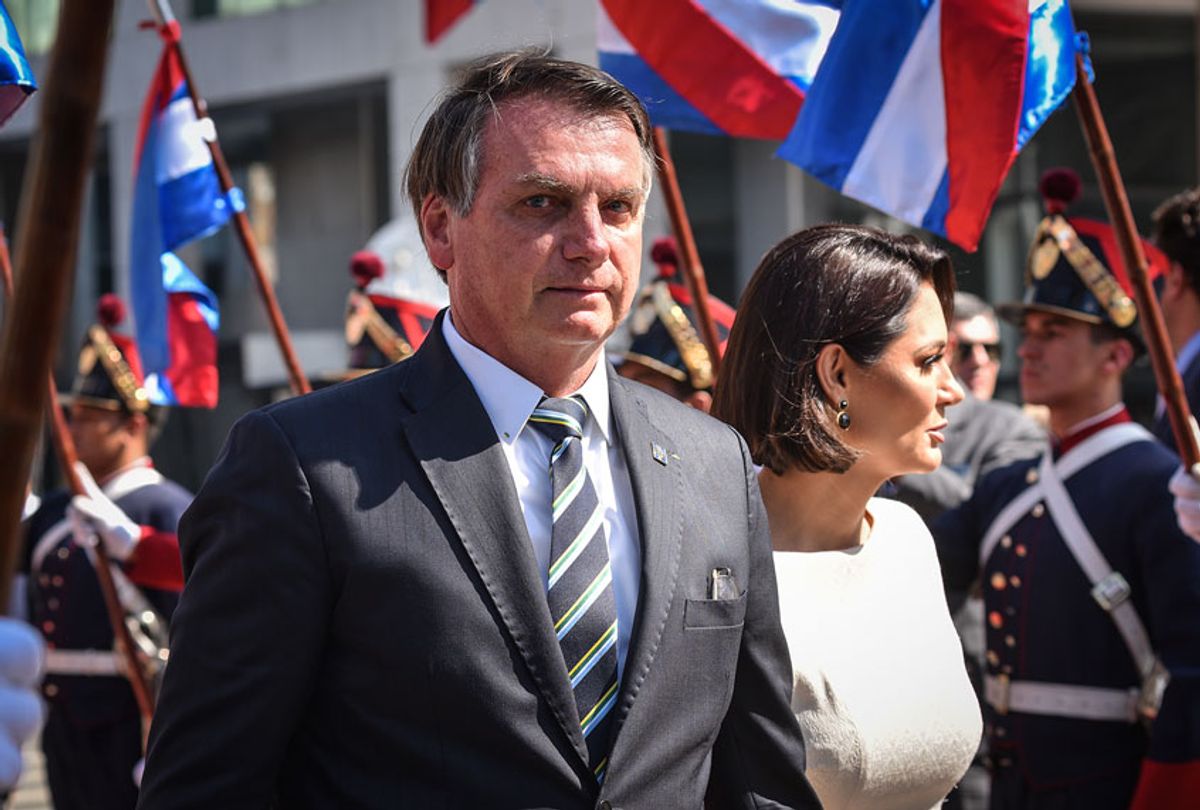 Right-wing political figures from the U.S., including prominent allies of Donald Trump, have flocked to Brazil in recent weeks in an effort to aid President Jair Bolsonaro, sometimes called the "Trump of the Tropics," who faces a battle for his political life next year. Amid sliding poll numbers and large public protests, Bolsonaro has even reportedly flirted with the prospect of a military coup (as, allegedly, Trump also did).

The Conservative Political Action Conference (CPAC) held a special event in Brazil over the weekend that was clearly meant to bolster Bolsonaro's re-election prospects and was attended by Donald Trump Jr., former Trump campaign spokesman Jason Miller and Rep. Mark Green, R-Tenn., among others.

A still-unexplained event occurred during TrumpWorld's tropical vacation as Miller, the former Trump mouthpiece turned failed-MAGA-app creator, claimed that he had been "questioned for three hours at the airport in Brasilia."

While the news was initially reported by The Daily Mail and other outlets as Miller being "detained," Miller admitted he had never been arrested, when questioned directly by New York magazine's Olivia Nuzzi.

Yet the spin continued. In a subsequent tweet, CPAC chair Matt Schlapp sought the moral high ground. "As our @CPAC delegation prepares to come back to America, the whole world will be watching to make sure that no renegade arm of the Judiciary in Brazil breaches the travel or speech rights of those who traveled to Brazil to rally for Freedom with our friends and allies," he wrote.

As of this writing, Miller — a frequent Fox News guest since leaving the Trump campaign — was safely back on U.S. soil.

In recent months, the Brazilian and American right have appeared to grow closer, especially in the wake of Trump's defeat last November. One key point of connection is Eduardo Bolsonaro, the president's son, who is a friend and close ally of former Trump adviser Steve Bannon. In 2019, the younger Bolsonaro took a position with Bannon's ominously named group "The Movement," which sought to spread Trumpist far-right ideology around the globe.

Eduardo Bolsonaro, who is also close to Matt Schlapp and members of the Trump family, has also turned up at right-wing political gatherings in the United States in recent months.

"He's the third son of the 'Trump of the Tropics,' of President Jair Bolsonaro," Bannon said, introducing Eduardo Bolsonaro at Mike Lindell's August "cyber symposium" event in South Dakota. Bannon went on to claim that Jair Bolsonaro will win next year's Brazilian election "unless it's stolen by — guess what? The machines!" Lindell, standing alongside, echoed him: "The machines!"

Jair Bolsonaro already appears to be emulating the Trump 2020 playbook by claiming voter fraud — in an election that hasn't happened. He has asserted that Brazil's voting process is fatally corrupt and compromised, and has floated the possibility that he may not leave his post if defeated at the ballot box.

Right-wing Bolsonaro supporters have held daily protests in an effort to abolish or shut down the nation's Supreme Court, in what many observers have described as the prelude to a coup.

Schlapp was asked by Salon if CPAC's event in Brazil was meant to fuel right-wing frustration and provoke a Jan. 6-style insurrection in a foreign country, and whether that reflects a global campaign against democracy, as some critics have suggested. He responded, "Are you at a bar?"