Is the earth hanging by cosmic ropes inside a magnetic tunnel? Some scientists think so

A new study suggests that Earth occupies a very unique place in the universe... quite literally 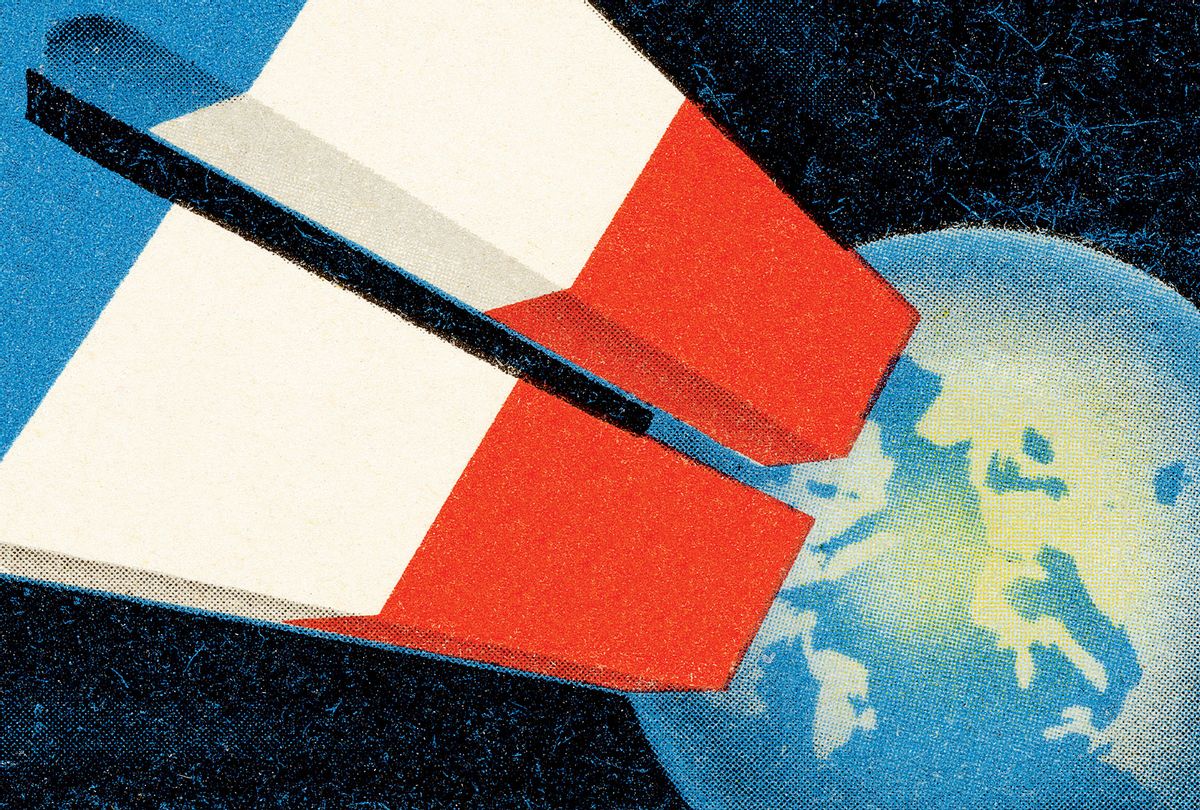 It sounds like the premise of an early science fiction novel: What if Earth actually exists inside a giant magnetic tunnel?

According to a preprint study published in the scientific magazine Astrophysical Journal, that fanciful concept may be less absurd than it seems. Indeed, the researchers' idea is one that could literally redraw the map of our universe.

Scientists have known since the 1960s that there are two seemingly separate radio structures — which are defined in astronomy as any object that emits strong radio waves — that can be definitively detected by Earth's technology. Known as the North Polar Spur and the Fan Region, the new study posits that these radio structures resemble long ropes and are approximately 1,000 light-years long, as well as roughly 350 light-years from our planet.

The research by scientists at Penn State University also suggests that, in addition to being near Earth (relatively speaking), the two structures are connected to each other and, as a result, essentially surround us.

Imagine a giant tube composed of massive, magnetized tendrils that may look a bit like long and slender ropes. These tendrils include a magnetic field and charged particles which manage to link the two radio structures, effectively creating a tunnel-like structure that includes Earth as well as a small section of the Milky Way — that's the idea, at least.

The scientists' findings could help future researchers as they try to create a holistic model of magnetic fields in other galaxies, and understand similar structures uncovered through astronomical observations. They also predict that when scholars are able to observe these radio structures in higher resolution, they will discover additional features, including "a much more complex filamentary structure," among other things. As one of the scientists told Salon, these structures would be quite awe-inspiring if we could detect them with our own eyes. (The North Polar Spur, for instance, appears in one X-ray map as a sort of massive yellowish bubble.)

"If we could see radio light, then we (in the Northern hemisphere) would see several bright patches extending across a very large distance on the sky," Dr. Jennifer L. West, co-author of the paper and astronomer at the Dunlap Institute for Astronomy and Astrophysics at the University of Toronto, told Salon by email. "These patches are fixed on the sky and they would change their position and orientation over a night and over the seasons, just like the stars and constellations." West added that people who ventured outside shortly after sunset in the autumn, as well as in cities at mid-Northern latitudes, would see the Fan Region apparent in one part of the sky.

RELATED: Astronomers observe a distant solar system that looks a lot like ours will after the sun explodes

This new scientific research about the magnificent structures, West explained, "tried to take into account all of the different kinds of observations" from astronomers over the years. It also offers more than aesthetic gratification. As West told Salon, she is fascinated by magnetism in both the universe and our galaxy. Scientists are only beginning to learn more about these magnetic fields, and West is determined to understand as much as possible about why they exist and how they influence star and planet formation.

"One theory of magnetism in galaxies is called Dynamo theory - it's the theory that explains the magnetic field in the Earth and in our Sun, and that they are generated from rotating, charged particles," West said. "We think it is also responsible for generating the magnetic fields in galaxies, but we need more evidence to support this hypothesis."

She added, "In this study we are trying to map the local environment so that when we build models of the whole Galactic magnetic field we can take the local contribution into account. The saying that we can't see the forest for the trees really applies here. We need to understand what we're looking at close-up in order to get a sense of the bigger picture. I hope this is a step towards understanding the magnetic field of our whole Galaxy, and of the Universe."

This might even, West noted hopefully, someday include our own solar system.