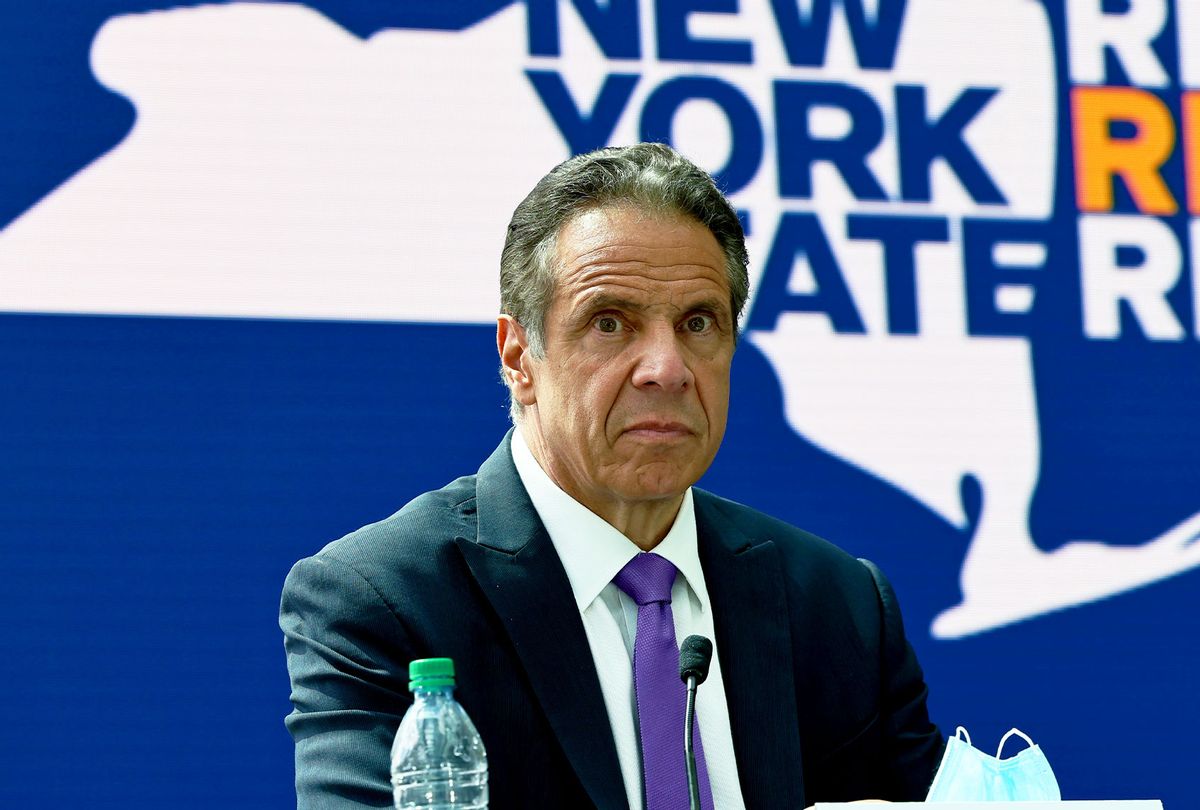 Gov. Andrew Cuomo takes questions from reproters during a press conference at the Javits Center in Manhattan on May 11, 2021 in New York City. (Michael M. Santiago/Getty Images)
--

Former New York Gov. Andrew Cuomo was charged Thursday for groping a former aide, Brittany Commisso — though later confusion over the criminal complaint, which was filed in Albany City Court, muddied the waters as to what exactly will happen to the disgraced political scion.

Hours after initial reporting suggested that Cuomo would be arrested sometime next week ahead of a Nov. 17 court appearance, it emerged that the criminal complaint had been "prematurely" issued by the court, the Albany Times Union reported. Neither the sheriff's department nor the district attorney for Albany County had decided whether to formally file charges as of Thursday and learned of the filing through media reports, according to the paper.

In fact, a meeting was scheduled for Friday between the two agencies to discuss whether to move forward with any charges — though it's unclear whether that meeting will still be held.

What happened, it appears, is that one of the lead law enforcement investigators on the case submitted paperwork summarizing their findings for the court, which was supposed to be used in conversations over the next week in determining whether both the victim and the court wanted to pursue formal charges. Instead, someone in Albany City Court went ahead and issued the summons anyways, without consulting any of the agencies involved in the case.

It's unclear what happens next, though for now, it appears the charges will remain. He is facing one misdemeanor count of criminal forcible touching, which, if convicted, could land Cuomo behind bars for up to a year — and force him to register as a sex offender.

"A misdemeanor complaint was filed in Albany City Court against the former governor this afternoon," a spokesman for the court, Lucian Chalfen, told The New York Times, which was unable to get further answers from any of the agencies involved.

Cuomo seized on the confusion, with a lawyer connecting the situation to an earlier complaint his team had filed with the local district attorney alleging improper behavior by the sheriff's deputies investigating his actions.

"Gov. Cuomo has never assaulted anyone, and Sheriff Apple's motives here are patently improper. Sheriff Apple didn't even tell the district attorney what he was doing," his attorney, Rita Glavin, told the Times Union. "This is not professional law enforcement; this is politics."

The complaint, which was signed earlier this week, accuses Cuomo of groping Commisso's breast while the two were alone inside the governor's residence last year, "for the purposes of degrading and gratifying his sexual desires."

RELATED: Captaingate: Did Andrew Cuomo ditch his dog while moving out of the governor's mansion?

Commisso's lawyer also confirmed that she had not been consulted before the complaint was filed.

"It was my client's understanding that the district attorney's office was in agreement with the sheriff's department that it was going to conduct a thorough, impartial and apolitical evaluation of the case, and only after completion of the investigation, speak to my client to allow her to make an informed decision as to whether she would proceed as a victim in the case," Brian D. Premo, a lawyer for Commisso, said. "Like the district attorney's office, she was informed about this recent filing through media."

The charges come just a few months after a report from the state Attorney General Letitia James alleged that Cuomo had engaged in a series of inappropriate behavior with female staffers, ranging from sexual remarks to grooming — as well as the accusations of groping that Commisso made. He subsequently stepped down from his post in August.

Read the full complaint via the Albany Times Union: