A new theory puts dark matter on the chopping block, possibly upending our understanding of gravity

Has our understanding of gravity been wrong all along? A group of researchers put forth a compelling theory 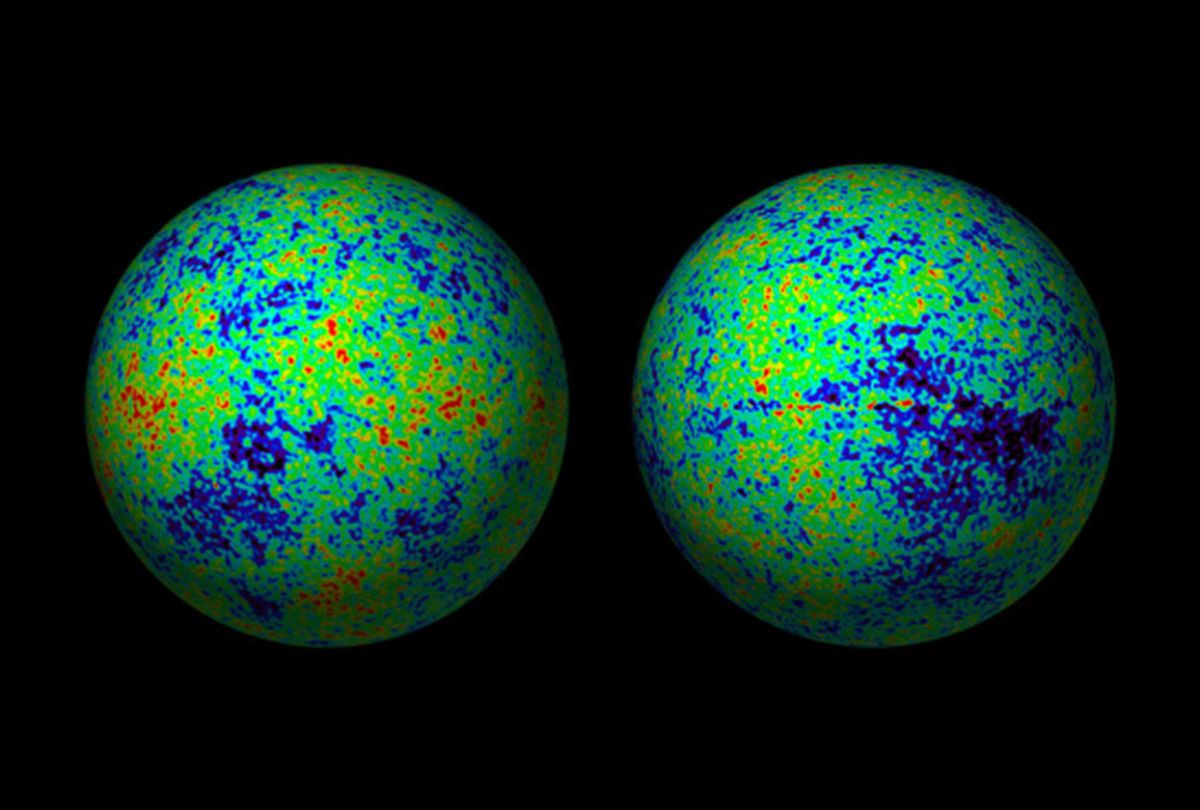 MOND models—which don’t require dark matter—have not previously been able to reproduce the temperature variations measured in the cosmic microwave background (shown here), a relic from the big bang. But now researchers have created a MOND-inspired model that matches these data just as well as dark matter models do. (WMAP Science Team/NASA)
--

What if dark matter didn't exist? Sure, scientists have never observed it, but they believe it exists because of apparent gravitational effects. But what if our current understanding of gravity was just plain wrong?

The question has been raised over the last several decades, but typically when a proposed modified Newtonian dynamics (MOND) theory is put forth it has too big a blindspot to be taken seriously in the scientific community. In this case, the theory arguing against the existence of dark matter can't account for observations of the cosmic microwave background (CMB), which is the leftover glow of the Big Bang or explain what happens at a larger scale with galaxies. Certainly such a discovery would be a significant change in the world of physics and have a remarkable impact on science.

This month however, researchers Constantinos Skordis and Tom Zlosnik from the Czech Academy of Sciences published a paper in the journal Physical Review Letters suggesting that a new modification to the parameters of Newton's theory of gravity could provide an answer as to why dark matter has yet to be detected. And unlike previously proposed MOND theories, this one just might stick because the new proposal can match observations of the cosmic microwave background (CMB), which is a key detail that has lacked in the previous MOND-like theories.

"This new paper suggests a way of having what is called a relativistic extension of MOND, a theory that is more general that can be applied to the universe at large," Avi Loeb, the former chair of astronomy at Harvard University who was not involved in the paper, told Salon. "It introduces some new fields, and according to the authors, seems to satisfy both what happens on the scale of galaxies, as well as what happens on the scale of the universe and that's quite a feat."

Dark matter is estimated to make up 27% of the universe's total mass and energy, which is nearly five times more than the "normal" matter that comprises planets and stars. True to its name, dark matter is hard to directly observe. So far, none of the efforts to figure out the nature of the dark matter have gone very far. Yet astronomers are quite convinced it exists because of the huge gravitational effect it has on galaxies and the stars that live within them. As far as anyone can tell, dark matter is extremely non-interacting: just as humans walk through a still room barely noticing the atmosphere that surrounds us, dark matter seems to barely ever touch, even faintly, the normal matter that it hovers around. It is bound to our world by gravity only, and only tugs on other things that also possess gravity.

But the newly proposed MOND theory suggests that gravity is actually created by three fields instead of two. The researchers set parameters to suggest that in the early Universe, a gravitational effect imitated that of dark matter. After evolving over cosmic time, the gravitational force eventually aligned with the MOND proposal, which is Mordehai Milgrom's alternative theory to replace Newtonian dynamics.

"It was difficult for many years to generalize [Milgrom's] theory that applies to galaxies like the Milky Way and find a theory that would also apply to the Universe at large," Loeb explained. "The Achilles heel of Milgrom's theory before that was that it applies to galaxies, but we know that, when we look at the cosmic microwave background or the distribution of galaxies on very large scales, we know that there is evidence for dark matter, but it wasn't clear that his theory can explain that."

Loeb said now the question is if scientists can distinguish between particle dark matter and this modified theory of gravity to come to a conclusion on what's going on with dark matter.

"And there are various ways you can think about it, there are ways to tell the difference between particle dark matter, and MOND," Loeb said. "Most of the scientific community simply dismisses MOND, and they say it's probably some particle that sounds the most natural [option], but the problem is we haven't seen the particle yet."

"If we find there is no dark matter, but a different behavior, that would be at the same magnitude as the previous revolutions," Loeb said. "It would be really major."

Check out these other stories: