Startup propaganda has demonized sleep as "for the weak." That couldn't be less true

Going without rest is not a badge of honor. It is a form of psychological and physical torture 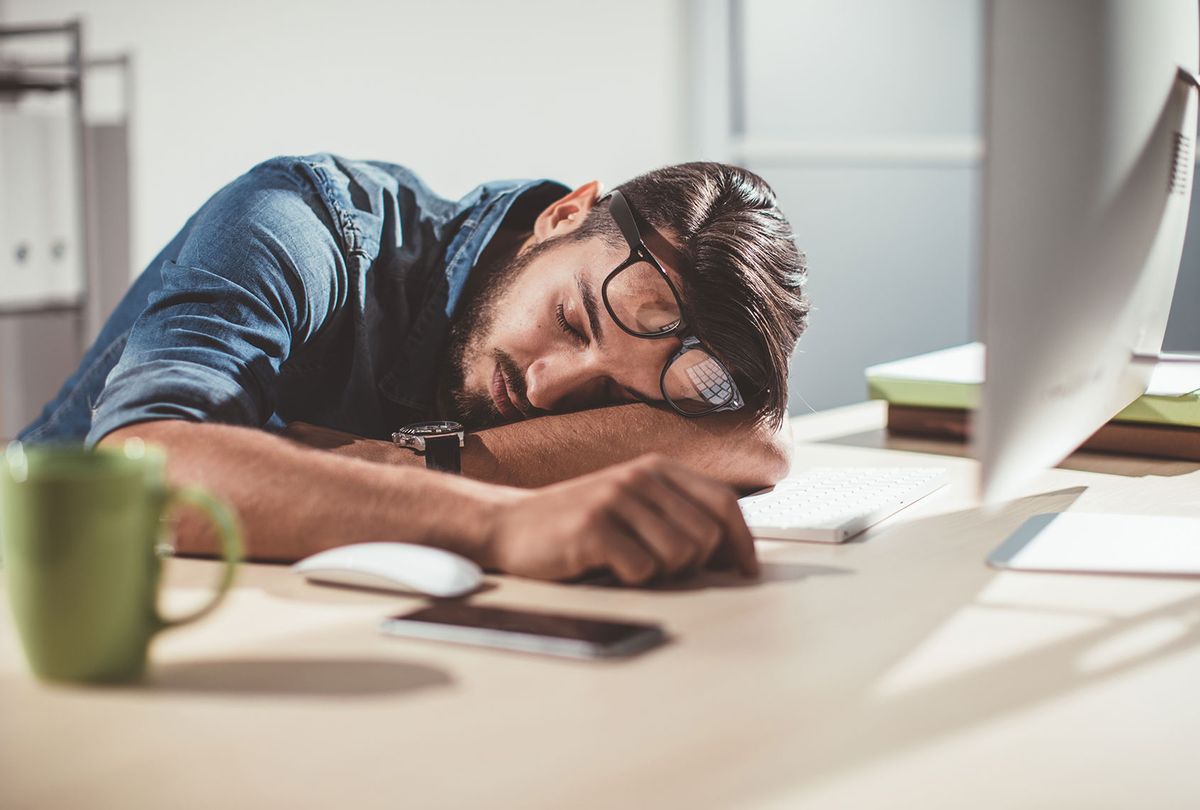 You should turn in early tonight. Grab a quick nap this afternoon, if you can. Sleep is for winners.

In the aftermath of beleaguered media company Ozy's recent spectacular — if not entirely unsurprising — implosion, the site's content remains intact. There's a video of economist Noreena Hertz urging setting aside time to rest and recharge, saying, "If we don't, we risk letting others always set our priorities. We need time, to dream." There's a feature on how "Just getting 16 minutes less sleep than normal can negatively affect work performance." There's another, from just last year, on the growing industry of "sleep retreats," because "the effects of sleep deprivation are ugly."

Yet behind the scenes, Ozy perpetuated the kind of sleep-averse culture endemic to media startups, Wall Street firms, cults and brazen violators of the Geneva Convention.

In a feature this week for The Intelligencer, ex-employees described a workplace they say was "abusive and cult-like." Their founder and CEO Carlos Watson "didn't like that people slept," recalled former senior editor Kate Crane. "There was one meeting where he stood up and he said, 'I'm sick of hearing about how people need to sleep! This is a start-up! This is not for the weak!'"

And writing in the New York Times, another ex-employee, Eugene S. Robinson, recalled that Watson would evoke his mother's dictum that "no one should be able to outwork you."

Reading those anecdotes, I immediately thought of Daniel Barban Levin's recent memoir of his experience in the "Sarah Lawrence cult," and of how the victim accusations against Lawrence Ray in his indictment included "sleep deprivation." Going without rest is not a badge of honor. It is a form of psychological and physical torture.

It's also terrible business. In 2017, Rand Health looked at a number of health and mortality risks associated with sleep deprivation and projected that "the costs of insufficient sleep in 2020 for the U.S. range from $299 billion to $433 billion." Fatigue is "strongly associated with motor vehicle crashes" and among physicians, it puts patients "at higher risk for medical error." There is not an industry in which being dead on your feet makes you better at your job.

We know this, right? We know this in our bodies and Arianna Huffington bestsellers. Yet the CDC has estimated that roughly one third of us are getting insufficient sleep — and that was before the pandemic unleashed our mass exhaustion. But that insane philosophy, expressed in a controversial Fiverr ad a few years ago, that "Sleep deprivation is your drug of choice," persists. The "996" culture (working 9am - 9pm, six days a week) is normalized in parts of the Chinese tech industry, even as workers drop dead. Yet that might sound like a part-time job schedule if you work for Goldman Sachs, where "inhumane" and "abusive" 100 hour weeks are not uncommon among junior analysts — who, last year, reportedly "begged to work just 80 hours a week."

Celeste Headlee, author of "Do Nothing: How to Break Away From Overworking, Overdoing, and Under Living," has been following the Ozy story. As she tells Salon: "This is terrible for you. You are not more productive when you're tired. When I say it like that, everyone says, 'Of course,' but we don't believe it. We push through it. We grit our teeth and keep going, under the delusion that at some point we're going to get ahead. When was the next time you worked until 10 or 11 at night and woke up the next morning like, 'I can take it easier, I got so far ahead'? The things you're telling yourself to justify that incredibly toxic behavior are not true."

Headlee adds, "These managers who are also under this delusion. They're using the same logic that 19th century factory owners used, which was that was the longer we have our workers on the line, the more products we produce and the more profit we gain. In fact, you are getting less productivity, less innovation, more errors, because you're forcing people to work past their capacity. It is literally counterproductive to expect workers to put in those hours. You're not just damaging your bottom line, you're damaging your company's ability to be resilient, to be accurate, to innovate and move forward. It's just lose, lose, lose all the way down the line. We've know for at least a hundred years that this addiction to productivity is cult-like behavior."

And just look what's on the other side.

"The health benefits of sleep, I could go on and on about them, says Stephanie Griggs, assistant professor at the Frances Payne Bolton School of Nursing at at Case Western Reserve University. "Sleep is so important for productivity. Our emotions are going to be better regulated, all of those things tie in. If you want a healthy workforce, that is going to stay healthy for a long time, sleep is an absolute necessity."

Dr. Sara Mednick, a cognitive neuroscientist at the University of California, Irvine, agrees. "I just keep thinking that people are going to come around to understanding the importance of what I call downstates," she says, "and take time to restore so that you can be ready and repaired for the next upstate. There's so much work that needs to get done in the downstate. These recovery processes are so critical. There's so much research on the balance of your autonomic nervous system. One of the most important balances is to give yourself a long part of the night to not have any sympathetic stress responses at all. If they don't happen during deep sleep, they're not going to happen at all. Protein synthesis, genetic transcription, it all happens in these downstate periods."

And rest and sleep can't just be flipped on and off, because we are not actually machines. We are delicate things, evidenced by our counterproductive habits of "revenge scrolling" to grab a little precious downtime. But it backfires, because, as Mednick notes, "Any ping from your computer or phone, anything that alerts you to what you 'should' be doing, your system is immediately going to be put into a stress mode."

It says something about how difficult it is to power down that, this week when I sent out a query looking for experts on sleep deprivation, I was quickly flooded with responses with timestamps from 5am in the morning to midnight. One individual emailed me at 10pm, and again around 8 the following morning. I know not everyone keeps traditional daylight work hours, but it's also obvious that even for a story about not being on call 24/7, too many of us are on call 24/7.

I don't have a compelling response for anyone with a tyrannical boss who insists that sleep is for the weak — an ideology that is as stupid as saying that peeing is for the weak. I do completely recognize that a sleep-deprived workforce feeds the corporate ego and makes insecure employees believe they're proving how tough and indispensable they are. But I also know that Dr. James Allison, the one person I know with a Nobel prize, is as hardworking as you'd imagine — and plays harmonica in a band and takes vacations.

Meanwhile, every person I've ever talked to who survived a cult has talked about the sleep deprivation they endured. Smart, successful, creative, world-shaping people get their zzzs. I try to remember that before I do something pointless like staying up late and not even having fun doing it. And I consider Dr. Sara Mednick's words: "The idea that a human being, like any animal, isn't going to need deep time for rest, the idea of being always on call — it's terrible."