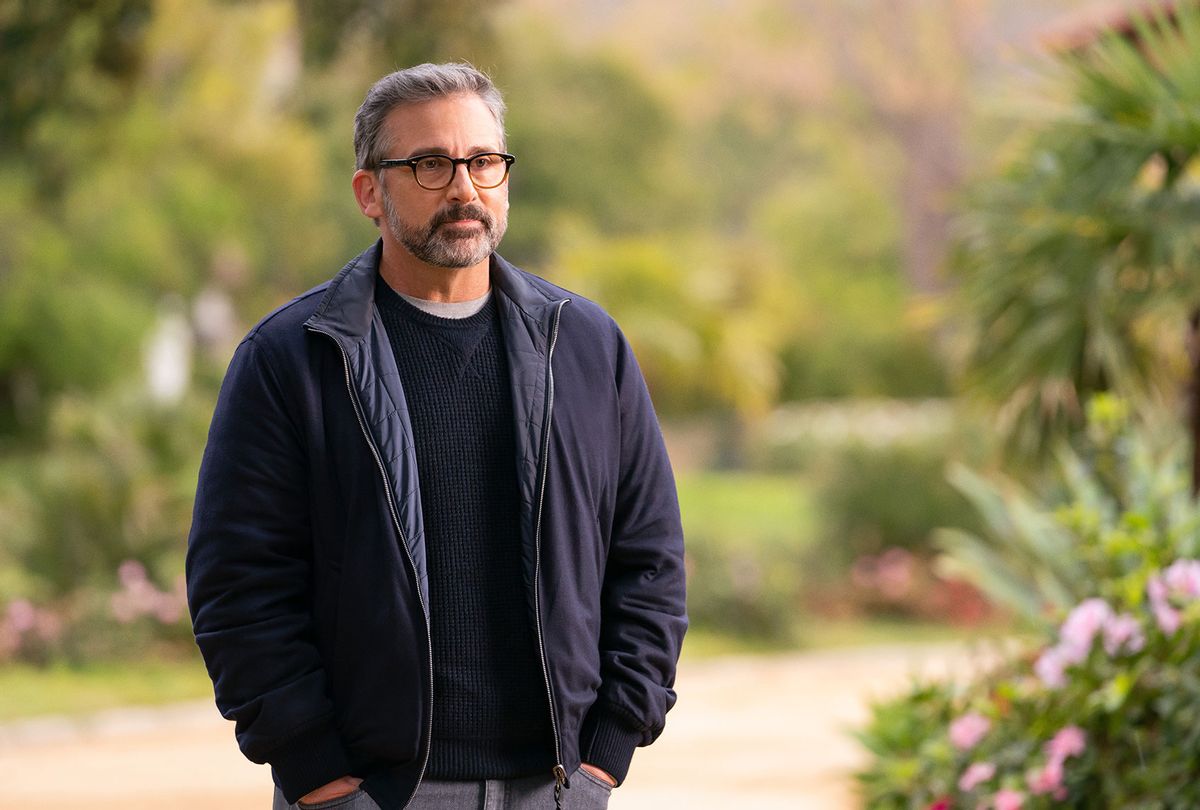 The following contains major spoilers from Season 2, Episode 7 of "The Morning Show." If you haven't caught up yet, check out spoiler-free Salon's review.

If this season of "The Morning Show" got off to a slow start, viewers better hang on. After watching Mitch Kessler (Steve Carrell) take a very fateful trip behind the wheel, we still have three more episodes on the wild ride that is this season.

Earlier, it was unclear why such long stretches of the show were taking place in Italy other than to watch disgraced abuser/TV host Mitch Kessler try to eat gelato in peace. Friday's epsiode finally brought us closure, in one form or another: Mitch's shocking death as his car pitches off a cliff. Considering how much time was poured into his character's arc this season, and over the course of this show overall, the epic manner of his death can only really be called a choice — and a choice meant to even further the sympathy that "The Morning Show" has been building toward its resident, fictional abuser.

But let's review how we got here. This season, Alex Levy (Jennifer Aniston) once again co-hosts the fictional Morning Show, but has struggled to focus on anything else save a book exposé that includes bombshell reports about her sexual relationship with Mitch. Meanwhile Mitch – as her former Morning Show co-host who was ousted for sexual assault and misconduct – has spent the season wallowing in self-pity over in Italy, which is an interesting location choice considering this season takes place in the early months of the pandemic. But more recently, things have turned around, and Mitch even makes a new friend in Paola (Valeria Golino), a feisty Italian woman and documentarian, who comes to his defense when a young feminist tries to give him grief.

RELATED: Assessing the Apple TV+ new series, from "The Morning Show" to "For All Mankind"

Now, Alex and Mitch's storylines finally overlap when she shows up at his doorstep unannounced. It leads to some fraught conversations, which are alternately disturbing and well, heartbreaking. But they provide some insight into why the show has insisted on checking in on Mitch.

Mitch and  Paola have been quarantining together in Italy, and when Alex shows up, she's desperate for him to put out a statement unequivocally denying that anything had ever transpired between them. This leads the two to something reminiscent of a lover's quarrel when Mitch is offended by Alex's obsessive need to publicly disassociate with him, and Alex is enraged by Mitch's glibness about doing so.

They eventually reconcile, tearfully admitting how important to each other they still are. As they dance to a romantic record in a sunlit room, Alex asks him jokingly, "So, this is what being canceled looks like?" It's a loaded question, seeing as the entire point that Mitch's arc this season sloppily seems to make is that "canceled" people are still people, and can even be good, sympathetic people.

Of course, Alex doesn't think Mitch is evil, and most audience members probably don't either. They think he's committed horrible, devastating acts that were enabled and encouraged by a horrible, devastating system. But contrary to how most conservative and mainstream framing of so-called "cancel culture" portrays it as an army of outraged, pitchfork-clad keyboard warriors demanding a problematic man's head, most movements for survivor justice and accountability are fighting for systemic changes and protections for victims, more than eternal damnation for one person.

It's self-victimizing narratives like what we see in "The Morning Show" this season that misrepresent this activism, painting those who seek justice and accountability for abusers as the aggressors, and abusers like Mitch as their victims.

If Mitch truly feels shame and wants to change and be better, as "The Morning Show" repeatedly seems to suggest, survivor justice advocates are the first people who would want to see that happen. Instead, Mitch's journey to redemption and self-improvement is treated as doomed from the start, not because he's a bad person, according to the show, but because our unforgiving, activist society refuses to let him be anything but the bad guy.

Letting go of the wheel

In the final minutes of the episode, Mitch and Alex witness a news report speculating about the upcoming tell-all book exposé about Mitch, which alleges Mitch had a pattern of harassment and inappropriate relationships with Black women employees, specifically.

Mitch is aghast and defensive because he never intentionally meant to single out Black women. "Just because you didn't mean to do it doesn't make it OK," Alex reminds him.

The news segment serves as a reality check for Alex after her blissful reconciliation, reminding her that as much as she loves him, he's still the same person who's done all the things he's done. Alex then decides to leave for the airport early, and they share an awkward, fragmented last goodbye.

Before she goes, a distraught Mitch asks her, "Isn't the fact I didn't mean to do it worth something? I guess I don't have the tools to understand. Could you teach me? I want to be better . . . I want to be a good person!" The dialogue is brilliantly delivered by Carrell, but is still cringe to witness, almost as a sort of propaganda for the right-wing "cancel culture" culture war.

RELATED: Conservatives claim to hate "cancel culture" — but it's the heart of the right-wing agenda

Survivors and marginalized people have been performing the exhausting, sometimes traumatizing labor of "teaching" people with vastly more power than them, for years. Sure, it's not easy to unlearn patriarchy and white supremacy, especially at an advanced age, but the tools and resources are out there for anyone who wants to learn. Mitch certainly has the time to put in such effort — he's not doing much else these days beyond sulking in his mansion feeling sorry for himself.

In any case, Mitch winds up finally consummating his relationship with Paola, and as he drives home (sneakily interspersed with scenes of Alex driving to the airport) a car swerves into his lane, causing him to jerk off the road. As he sees the edge of the cliff loom before him, he lets go of the steering wheel and closes his eyes – seemingly accepting his fate, possibly a metaphor for letting go of the life he's too ashamed to go on living.

Mitch has struggled to forgive himself all season, and the new, added dimension of being accused of racism seems to have pushed him over the edge (literally). It's as if he realizes he can never mentally escape his own shame, so much so that just letting go of life itself might have felt like the easier choice.

Why Alex and Mitch's goodbye feels so familiar

Mitch's death isn't the only significant event in the episode, however. His and Alex's reconciliation is a reminder of how bonded they remain. The enduring love in their relationship reminds us that it can be natural for individuals to continue to care about people close to them who have been abusive and harmful, and want to see the best in them while also recognizing who they are and what they've done.

Through the complexity and intimacy of Alex and Mitch's relationship, "The Morning Show" in many ways offers a thoughtful depiction of the nuance of loving someone who is problematic, whose actions you don't approve of. Perhaps the show could explore this more in the future by following Alex's state of mind, but for now the show still manages to get in its own way by fumbling its commentary on being "canceled." The fixation on how sad Mitch's life is, and his self-aggrandizing story arc about how devastating "cancel culture" has made one man's life, seems to be glossing over the many women he's devastated in his life – not just the ones he took advantage of but also his wife and his friend Alex.

Mitch is at his most interesting when we see him through Alex's eyes, and witness her painful, complicated inner struggle to admit to herself that she still loves him. It's too bad we had to endure six episodes of Mitch moping about in his castle — and now, his death, to further enshrining him as a martyr — to get here.

New episodes of "The Morning Show" stream on Fridays on Apple TV+.