The pompous, unapologetic collaboration between West, Manson and DaBaby was anything but coincidental 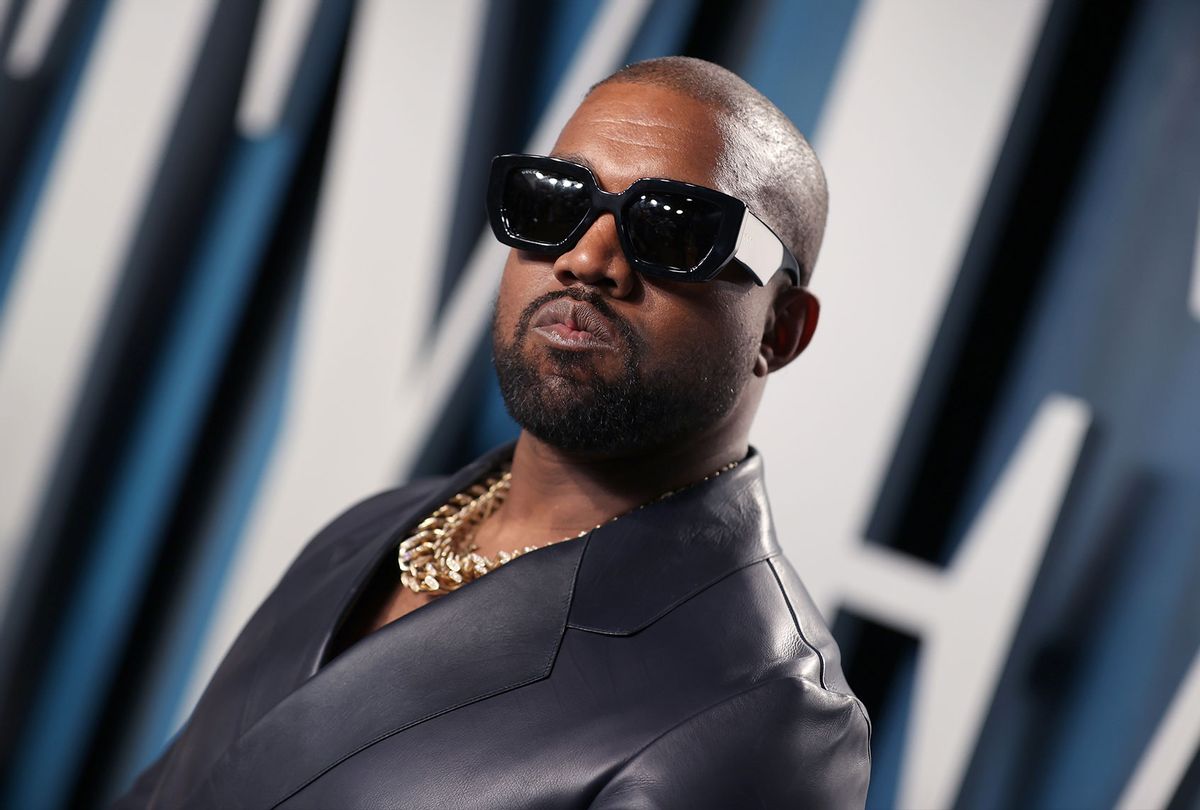 As if three separate, equally anti-climactic listening parties to ring in Kanye West's latest studio album "Donda" weren't enough to catch our attention, the controversial artist outdid himself. Ye shocked fans and, well, non-fans, alike by inviting DaBaby and Marilyn Manson on stage for his third and hopefully final listening party on Friday.

You'll recall both Manson and DaBaby are what some might call "canceled": Manson turned himself in to the police in July over much-publicized sexual assault charges, and DaBaby is fresh off a string of music festivals literally canceling him, following an inexplicable homophobic rant in which the rapper called people with HIV/AIDS "nasty."

One would have to have lived under a rock for the past several months to see the smug, unapologetic collaboration between West, Manson and DaBaby as coincidental. West's whole brand is the antithesis of what has come to be called "cancel culture," or, you know, holding people accountable for the things they say and do. His eccentricity, bold politics and rejection of the establishment were once what made him popular, as he slammed former President George W. Bush for leaving Black people behind in the shameful national response to Hurricane Katrina, and criticized the racist horrors of the diamond trade.

In the years since, West has taken a bit of a turn, spewing hideous lies about the history of American slavery, buddying up with President Trump, and as recent as last summer, using his bizarre presidential campaign as a platform to repeatedly call abortion murder. His partnerships with Manson and DaBaby aren't because either is some generational talent worth the controversy, but quite literally because they deliver the controversy and the notoriety that West craves.

The women, survivors and LGBTQ people who are offended and invalidated by this truly ghoulish stunt are secondary to West's pursuit of infamy, to his attempt to dunk on so-called cancel culture. It's the pop culture equivalent of the Trump political era's well-known thesis of "the cruelty is the point." West needed neither three album launch parties, nor to include artists who are polarizing, even triggering figures for marginalized people like women and queer folks. He included them not despite, but because of the outrage and harm their presence would inflict on audiences he clearly does not care about.

Few displays have been as smug and unabashedly cruel as the convergence of West, Manson and DaBaby, but in the era of an angry, rapidly growing, right-wing, anti-"cancel culture" movement, we can almost certainly expect more of this.

We can expect more of the likes of Louis CK standing in front of sarcastic "SORRY" signs at his self-described "comedy" shows that no one asked for. (Yes, per the right wing's self-pitying definitions of cancel culture, CK is somehow "canceled" while literally on a national tour.) Hey, maybe next time he'll even bring women up onstage and nonconsensually masturbate in front of them — hilarious! We can expect more bizarre Bill Maher rants on how oppressed Matt Damon is. Heck, we can probably expect other artists to resume collaborating with DaBaby in the future, either after the initial outrage wears off, or even while the outrage remains fresh in order to capitalize on it.

It's fair to point out that any sort of media coverage of manufactured, aggressively mediocre spectacles like West's unveiling of his two new best friends plays right into their strategy of calling up a storm, bringing attention to their supposed edginess and transcendent genius. But stunts like this are also transparent in their desperation. They can also misfire if attention is paid more toward the scandal versus the project bring promoted. The idea that bad publicity is good publicity doesn't wash in an era when consumers have endless choices to select from instead.

Men and those with privilege who have refused to grow, to self-reflect and adapt to a changing society that is increasingly valuing the experiences and safety of marginalized people, are quickly losing relevance. These men respond by demanding that society focus on and sympathize with what they are supposedly losing — their birthright to be terrible without consequence — rather than celebrate the progress and power that women, LGBTQ folks, people of color and other marginalized communities are gaining. They resort to pity parties, outlandish trolling, and alliances with fellow toxic, insecure men who share in their weakness and cowardice.

West's musical partnerships with Manson and DaBaby, and his decision to essentially make them the stars of his launch party, say as much about his feelings toward a man accused of sexual violence and a disgraced, homophobic rapper, as they do, his feelings about himself, and his status as "uncancelable." At the end of the day, West doesn't believe he, Manson or DaBaby should face any sort of public scrutiny or accountability, because he doesn't seem convinced any of them have done anything wrong.

Mistreat women, disparage queer people, say things that will get abortion providers killed! It doesn't matter — you'll still be able to release a highly anticipated album, and command legions of often straight, male fans who will find a way to defend you no matter what.

The right is constantly impressing upon us the supposed cruelty and nastiness of cancel culture, their current boogeyman of choice. Yet this is the alternative it presents: smug, petty stunts demeaning women and queer people. So, what's worse — accountability or another "Donda" launch party?