One Homeland Security official said he feared a "mass casualty event" would happen on Jan. 6. Nobody listened 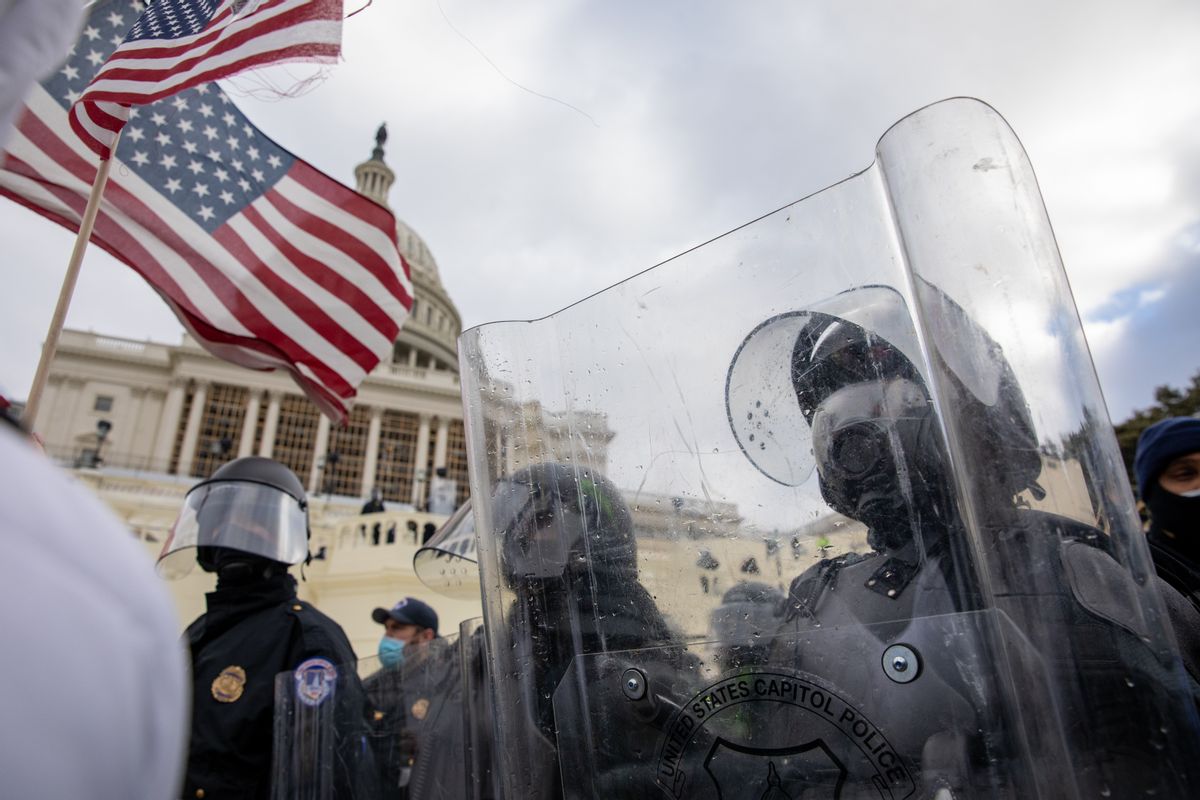 A new report from the Washington Post published on Sunday detailed a deep dive into the extensive warnings the federal government received of potential violence and efforts to interfere with Congress's counting of the Electoral College votes on Jan. 6. Despite this ample foreshadowing, the administration and law enforcement agencies were still unable or unwilling to prepare adequate defenses to keep the mob from storming the Capitol that day.

The FBI, in particular, comes off looking inept — if not driven by politically inspired cowardice or indifference.

"The FBI received numerous warnings about Jan. 6 but felt many of the threatening statements were 'aspirational' and could not be pursued," the report found. "In one tip on Dec. 20, a caller told the bureau that Trump supporters were making plans online for violence against lawmakers in Washington, including a threat against Sen. Mitt Romney (R-Utah). The agency concluded the information did not merit further investigation and closed the case within 48 hours."

Donell Harvin, the head of intelligence at the homeland security office in Washington, D.C., did raise the alarm, according to the report. It explained how he "organized an unusual call for all of the nation's regional homeland security offices" — a call joined by hundreds of officials sharing their concerns. They were reportedly warning of an attack on Jan. 6 at 1 p.m. at the U.S. Capitol, just when the insurrection occurred. The planning was happening all over social media, after all — inspired by then-President Donald Trump's own tweets and rhetoric. Harvin reached out to the FBI and other agencies to warn them of what was coming, the report found.

He feared a "mass casualty event," according to the Post.

"While the public may have been surprised by what happened on Jan. 6, the makings of the insurrection had been spotted at every level, from one side of the country to the other," it said. "The red flags were everywhere."

Despite specific warnings of the exact nature of the attack that was coming — the planning of which would certainly be illegal — it appears the FBI limited itself for fear of infringing on First Amendment-protected activity. The Post also suggested that FBI Director Christopher Wray, who was often under fire from Trump, feared angering the man who appointed him by speaking out about the potential for violence.

"The FBI chief wasn't looking for any more confrontations with the president," the Post found, citing current and former law enforcement officials.

Wray remains in his position to this day.

Meanwhile, the Post reported, the Department of Homeland Security did not put out a security bulletin to alert other agencies of the dangers, despite receiving, "sobering assessments of the risk of possible violence on Jan. 6, including that federal buildings could be targeted by protesters."

As has previously been reported, officials in the U.S. Capitol Police were aware of at least some of the danger posed by Trump supporters still angry about the election in the run-up to Jan. 6. These warnings, however, didn't make it to Chief Steven Sund, and he failed to effectively coordinate with the National Guard to get protection for the Capitol. The Capitol Police itself was woefully under-prepared for the assault, as has been widely reported. Sund resigned following the attack, one of the few officials to face real accountability for the failures that led up to that day.