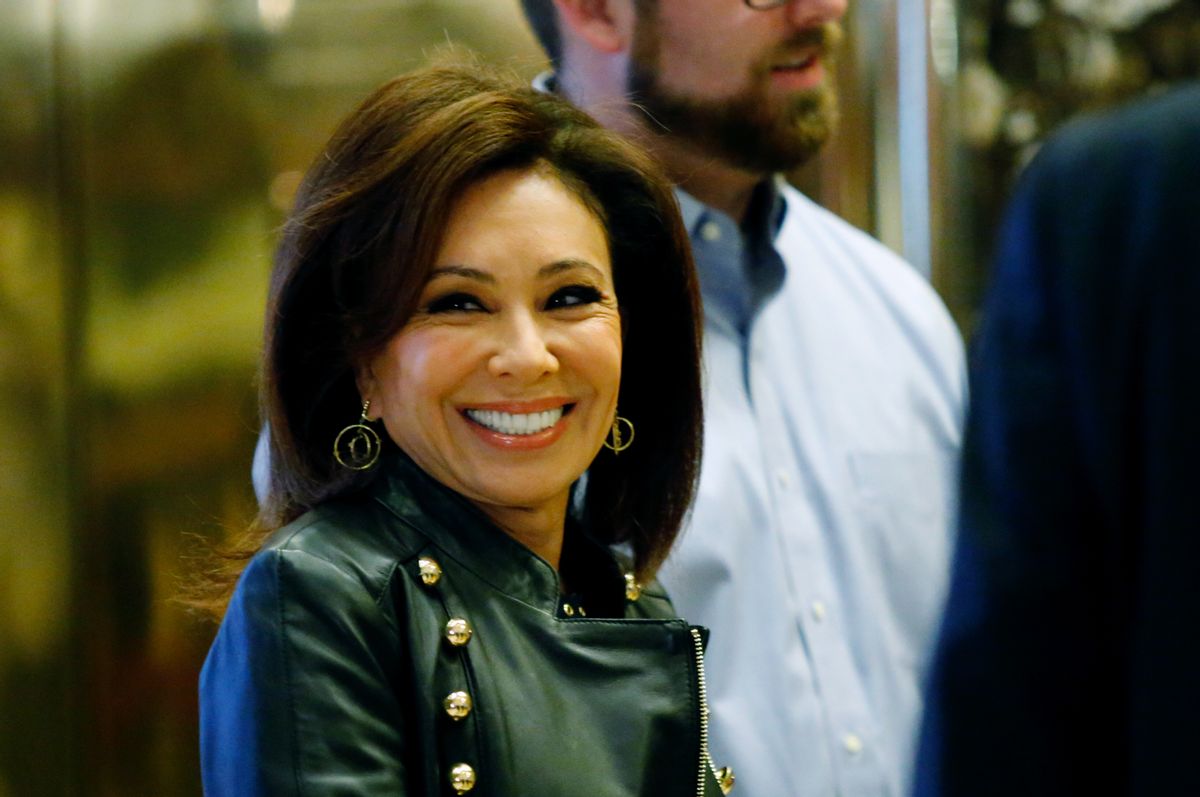 Jeanine Pirro, arrives at the Trump Tower for meetings with US President-elect Donald Trump, in New York on November 17, 2016. (EDUARDO MUNOZ ALVAREZ/AFP via Getty Images)
--

The longtime cable news staple arranged for the Trump campaign to reimburse Kerik and Giuliani, payments that may jeopardize the former president's claim to executive privilege, according to a new report in the Washington Post.

In all, more than $225,000 in campaign cash went to both men — including close to $50,000 for suites at the tony Willard Hotel in Washington, D.C., which Trump's inner circle took to calling the "command center," according to previous reports.

Before Pirro intervened, the Post reports that both men became increasingly concerned that Trump might stiff them.

"How do I know I'm gonna get my money back?" Kerik told the paper he thought at the time.

Pirro, who remains a favorite of the former president after years of watching the conservative network, was able to secure the payments by calling Republican National Committee chairwoman Ronna McDaniel, who suggested that Kerik and Giuliani get the campaign to cover their expenses.

The Fox News host denied, through a Fox News spokesperson, that she acted on behalf of Giuliani or Kerik.

But experts say the payments imperil Trump's assertion of executive privilege in withholding hundreds of "command center" documents from the House select committee investigating the attempted Jan. 6 Capitol insurrection — a defense which typically does not apply to campaign activity.

"If he acts as a president, he gets these things we talk about — executive privilege and immunity," said attorney John Yoo, who served in the George W. Bush Justice Department as legal counsel. "But if he's acting as a candidate, he's deprived of all of those protections."

"[This] further undermines a wildly broad assertion of executive privilege," Ben-Veniste told the Post. "Executive privilege is typically limited to the protection of communications involving a president's official duties — not to those relating to personal or political campaign matters."