Aaron Rodgers has COVID after misleading about vaccine status: What's next? 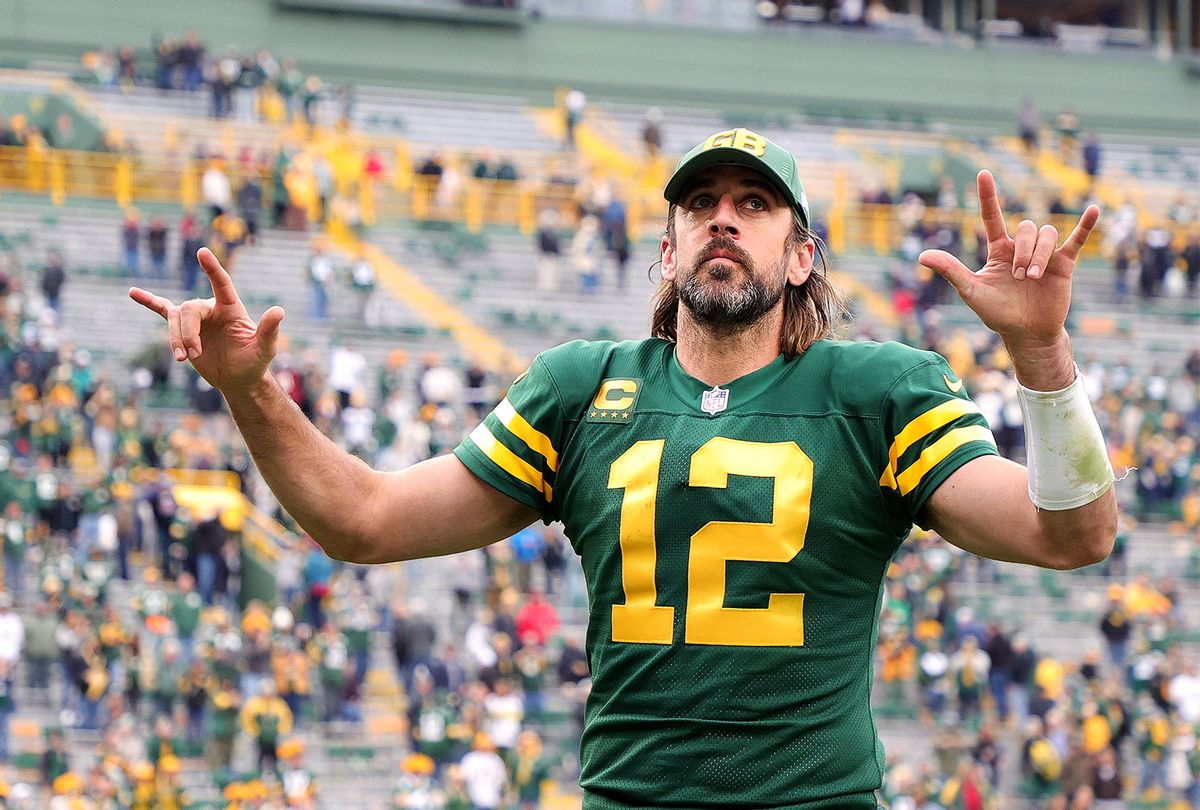 Days before one of the Green Bay Packers' biggest games of the season against the Kansas Chiefs, quarterback and occasional "Jeopardy!" guest host Aaron Rodgers is in hot water.

Rodgers has tested positive for COVID and reportedly doesn't meet the NFL and the Players Association's standards for being "fully vaccinated" either, despite misleading statements that he was, reports USA Today

In August, when asked whether he had been vaccinated, Rodgers responded, "Yes, I've been immunized." According to NFL.com, Rodgers had petitioned the NFL to recognize a homeopathic treatment he'd received from his personal doctor to "raise his antibody levels" as equal to one of the league's three approved vaccines. The petition was denied, but Rodgers continued to misleadingly represent himself as fully vaccinated.

At the same time in August that Rodgers had answered "yes" to a question about being vaccinated, he also stood up for players who have chosen not to be vaccinated, as if he weren't one of them. "There's guys on the team that haven't been vaccinated. I think it's a personal decision. I'm not going to judge those guys," Rodgers told reporters at the time. "There's guys that have been vaccinated that have contracted COVID. So it's an interesting issue."

With news that Rodgers has COVID and isn't vaccinated, all eyes are on the Green Bay Packers leadership and the NFL at large for what will happen next. Days after being spotted at a Halloween party grooving as John Wick, Rodgers now has COVID, and won't be allowed to return to the field or team practice facilities for 10 days, even if he is asymptomatic, per league guidelines.

But as Rodgers' behavior since deceiving reporters about his vaccination status in August falls under greater scrutiny, it's clear the reigning MVP has been breaking at least one of the league's safety protocols: Rodgers has given interviews indoors maskless on numerous occasions, despite the rule that unvaccinated players are to wear masks "at all times when inside the Club facility" and are also subject to daily PCR testing.

While a source tells USA Today that Rodgers has complied with daily COVID testing, it's not clear whether he's complied with the numerous other safety requirements for unvaccinated players, such as not coming within six feet of unvaccinated players while traveling and eating. NFL spokesperson Brian McCarthy has said the league is "aware of the current situation in Green Bay and will be reviewing with the Packers," but as of Thursday, it's still not clear what actions will be taken to penalize Rodgers, or keep other players and workers at the facility safe.

According to ESPN, the NFL can fine players at least $14,650 on their first offense for violating COVID-19 protocols, with a maximum of $50,000. However, the NFL said in a Wednesday statement that "the primary responsibility" for enforcing COVID-19 protocols lies with the team, rather than the league. Meanwhile, the NFL has said it will "review the matter" unfolding within the Green Bay Packers and cited other teams that have been disciplined for protocol violations, including the New Orleans Saints, Las Vegas Raiders, New England Patriots, and others.

The NFL is notably just one of many sports leagues that have had to grapple with the safety risks of players refusing to be vaccinated, and all leagues are handling the matter differently. Where the WNBA took a more proactive role as the league's player association led an education program and one-on-one outreach about the program, leading to more than 99% of the league being vaccinated, other sports leagues have struggled like the NFL.

The NBA's vaccination policies have been similar to the NFL's, including a requirement for frequent testing, and not being allowed to eat in the same room with vaccinated teammates or staff, having lockers as far away from vaccinated players as possible, and staying masked and at least six feet away from anyone else in any team meeting.

But where the NFL continues to pay unvaccinated players who miss games, and only docks their pay if they cause an outbreak that leads to a forfeit, the NBA docks the pay of unvaccinated players who are forced to sit out of games in cities due to individual cities' pandemic restrictions. Currently, Brooklyn Nets star Kyrie Irving has been forced to sit out from games indefinitely, not because the NBA requires him to be vaccinated, but because he would miss too many games due to New York City indoor vaccination requirements, prompting Brooklyn Nets leadership to decide to sit him out.

As fans and media continue to speculate about Rodgers' vaccination status, health and behavior, Packers fans are hoping Rodgers will be able to rejoin the team by the day before the Packers' Nov. 14 game against the Seahawks. Of course, this will only be possible if he tests negative and is asymptomatic at the 10-day mark by Nov. 13 next week.