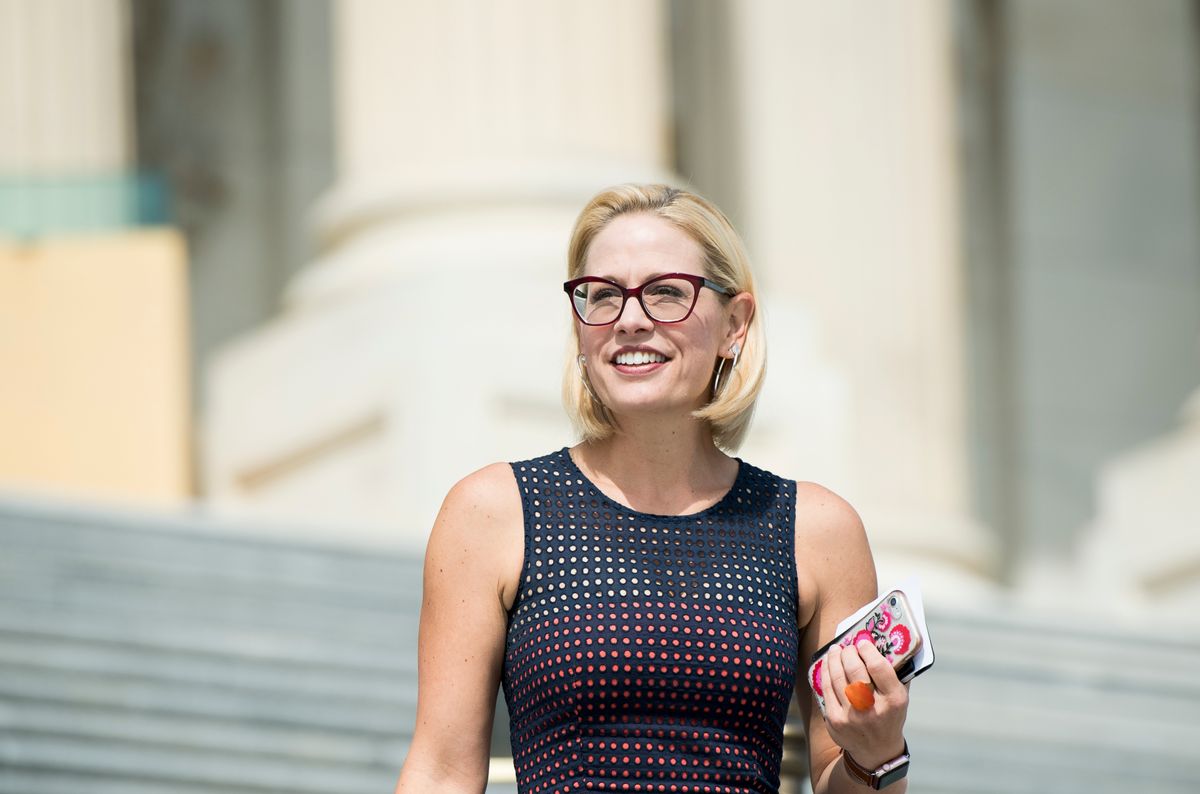 What do Amway, Isagenix, Nu Skin Enterprises and Herbalife have in common?

For starters, they're all multi-level marketing businesses, engaged in the oftentimes-disparaged industry of convincing their customers to become salespeople. They're also all recent donors to Sen. Kyrsten Sinema, the iconoclastic Arizona Democrat whose campaign donations, in lieu of direct statements on her political priorities, have become scrutinized in recent months as tea leaves of sorts for the Washington set interested in swaying her powerful vote in the evenly-divided chamber.

All four of the above companies gave Sinema $2,500 at various points this year, as did USANA Health Sciences and the executive chairman of Mary Kay, Richard Raymond Rogers, according to POLITICO, which first reported the donations.

The outlet notes that Sinema is one of the only national-level politicians the companies, all connected to the trade group Direct Selling Association, have made donations to.

It's perhaps not all that surprising, given Sinema's direct connection to the industry — her mother was involved in multi-level marketing at various points in her own life.

When asked by POLITICO, the Direct Selling Association deflected, saying, "contributions to candidates from DSA's political action committee are based on a variety of factors." But it would appear the donations have at least some connection to Sinema's labor organizing stance — specifically, her position as the only Senate Democrat hostile to the union-friendly Protecting the Right to Organize Act, better known as the PRO Act.

The bill would restrict businesses' ability to classify workers as independent contractors, which presents a challenge for MLM businesses that rely on non-traditional employees.

Sinema's recent enthusiasm for bucking the Democratic Party's consensus has earned her a number of allies across a number of industries, raking in more than $1.1 million in the third quarter of this year, according to POLITICO. Most recently, her blockbuster campaign donations from the pharmaceutical industry have come under fire after she jockeyed to kill a prescription pricing reform bill that proved wildly popular in opinion polls across nearly every demographic.