The anti-immigrant video appears to be attacking President Biden for his handling of the U.S.- Mexico border 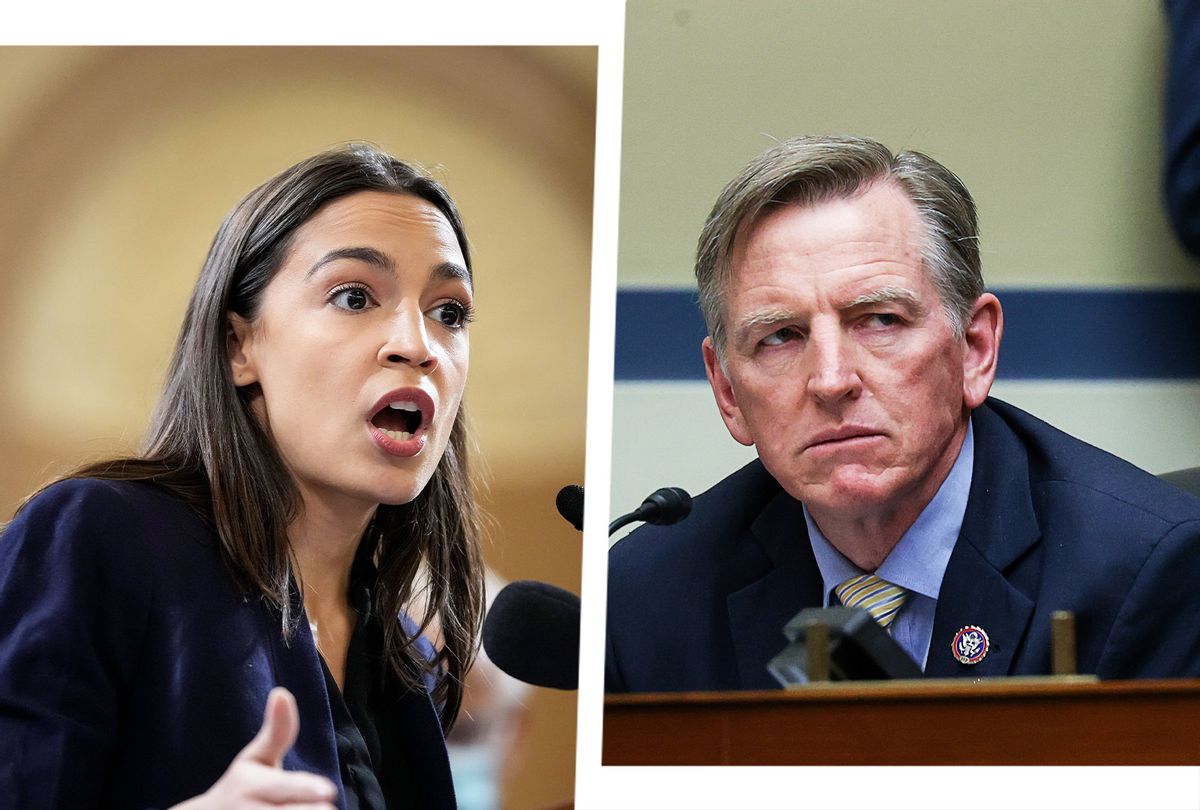 The tweeted video – which he captioned, "Any anime fans out there?" – opens with Gosar's name under Japanese text that reads "attack of immigrants," an apparent reference to the anime show "Attack on the Titan" from which the Republican pulled various clips.

The video then goes on to show footage of immigrants at the southern border, overlaying the footage with anime-style special effects and crosscutting with interstitials that read "drugs, crime, poverty, money, gangs, violence" and "trafficking."

About midway into the video, "Attack on the Titan main character Eren Yaeger is shown in a mashup of clips with Gosar's face photoshopped onto the cartoon character. Swords in both hands, the fictionalized Gosar scales a European-esque urban landscape alongside cartoon versions of Reps. Marjorie Taylor Greene, R-Ga., and Lauren Bobert, R-Colo., until slaying what appears to be a titan with Ocasio-Cortez's face photoshopped onto it.

Toward the end, the cartoon Gosar is shown leaping into the air with his blades unsheathed moments before striking the photoshopped head of President Joe Biden.

"Attack on Titan," a best-selling Japanese manga series created by Hajime Isayama, is set in a world in which humanity lives inside a city surrounded by walls guarding its populace from human-eating beasts called "titans". Though the creator has strayed from addressing the politics of the show, it has been interpreted by white nationalists online to be an allegory for U.S., which they say teaches white people to hate themselves for the sins of their ancestors, according to The New Republic. Liberal commentators have meanwhile critiqued show for its possible allusions of anti-Semitic tropes.

The video, which has garnered roughly 1.5 million views since its release on Twitter, takes ostensibly a political attack ad on the Biden administration for its handling of the surge in immigrants at the southern border.

All throughout his presidency, Biden has faced criticism from Republicans for adopting what they say is an overly permissive approach to immigration, allowing too many migrants to pass through the border.

Biden recently faced bipartisan scrutiny back in September, when it was reported that the U.S. had begun clearing out a squalid encampment of 12,000 Haitian migrants seeking asylum near the Rio Grande.

Gosar, first elected to Congress in 2010, is arguably one of Donald Trump's most loyal backers and is notorious for his off-color remarks and ties to white nationalist groups.

In a March interview with Salon's Igor Derysh, all three of Gosar's siblings expressed a firm belief that their brother is a white supremacist.