The full moon seems to affect men more than women, and no one is sure why

"I think this is the first report of a sex difference in lunar cycling," one scientist told Salon 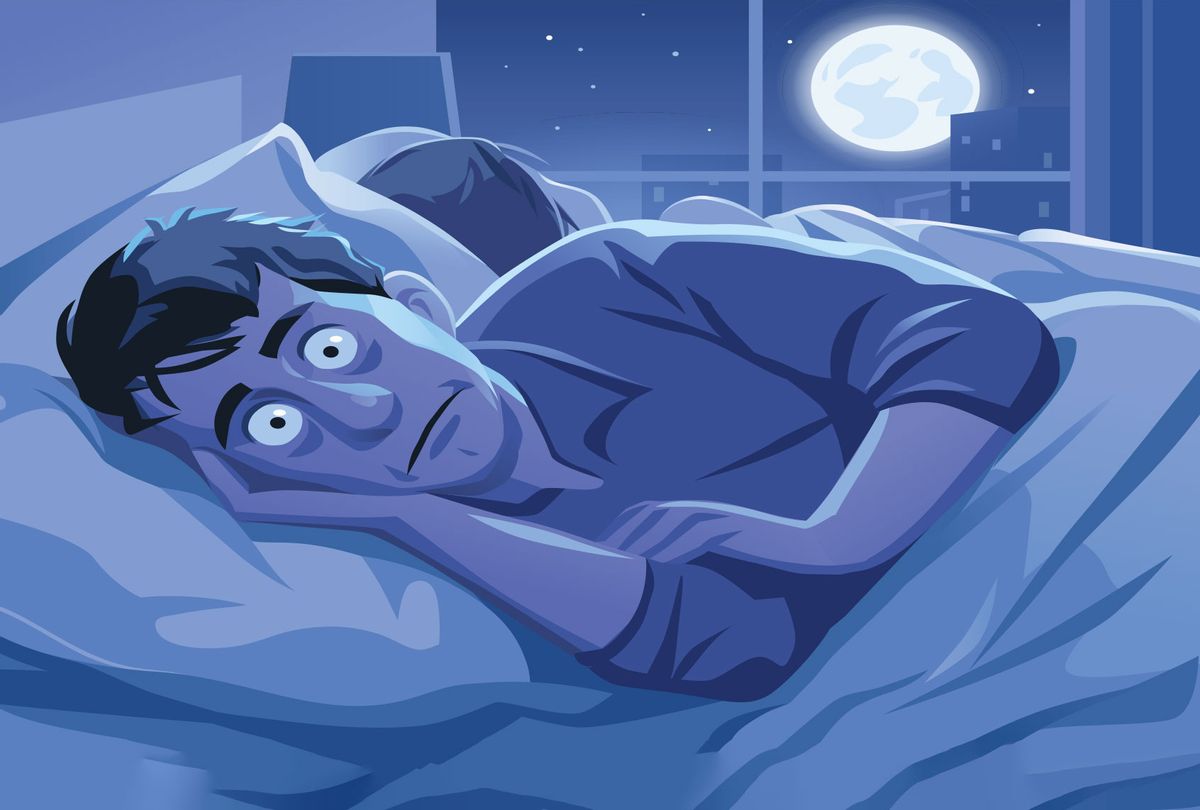 Man lying in his bed, trying to sleep (Getty Images/kbeis)
--

Of all the patterns observed from the ghostly visage of Earth's full moon, many cultures' folklore identifies the shape of a so-called man in the moon.

Now, a new study suggests a connection between men and moons that goes beyond the so-called man within.

Researchers at Uppsala University in Sweden say that sleep issues in men may be correlated with the cycles of the moon. The peculiar study, published in the journal Science of the Total Environment, is especially curious for its observations of differences among genders: Women, by contrast, seemed to be largely unaffected by the lunar cycle. This is in stark contrast with folk lore: Women have often been associated with the moon, from the ancient Roman goddess Luna to the term "menstruation," which erroneously links periods with lunar cycles.

As the scientists in Sweden learned by studying the sleep of 492 women and 360 men, men who tried to sleep when the moon is waxing (meaning in the phase where it is getting more full each night) tended to spend more time awake and have lower sleep efficiency. Because the same trend did not exist among women, it naturally raises questions about the exact nature of the moon's role in promoting poorer sleep.

Researchers speculate that the reasons may have to do with how humans evolved back when we were hunter-gatherers.

"Previous research has shown that men's brains are more responsive to ambient light than women's brains," Christian Benedict, corresponding author on the study and scientist at Uppsala University's Sleep Science Laboratory, told Salon by email. "As the waxing moon becomes bigger each night in the lunar cycle, it produces more and more light. Our hunter-gatherer ancestors could have adapted sensitivity to the waxing moon because its bright light gave them more opportunities to hunt. Or they may have been more vulnerable to predators under the brightening light of the waxing moon, so men who served as protectors may have evolved this wakefulness to help them defend their people."

"The thinking goes that the increasing brightness of the waxing moon – reaching an optical crescendo on the night of the full Moon – should affect human sleep detrimentally overall, given people generally tend to sleep better with more darkness," Benedict explained. While there are many unanswered questions about the relationship between sleeping and the moon, Benedict observed that sleep depends on a number of factors, and his study demonstrates that "the moon appears to be one of them."

But that thinking doesn't fully explain the difference in the moon's effect between men and women.

"I think this is the first report of a sex difference in lunar cycling," Helen Burgess, Ph.D., co-director of the Sleep and Circadian Research Laboratory at University of Michigan Health, told Salon.

Burgess agreed with Benedict that current research suggests that the moon's light and its gravitational effect on Earth is believed to cause changes in human health.

Though unusual, the idea that the moon might have a dramatic effect on animal biology, including humans, is not far-fetched. A seabird known as Barau's petrel synchronizes its breeding schedule so that it will arrive to mate on a full moon; dung beetles use the moon to make sure they move their meals in a straight line; Crustaceans known as sand hoppers have a moon compass in their antennae so they'll know when to stay buried; and coral polyps in the Great Barrier Reef will begin their mass spawning according to moon cycles.

Burgess also cited a study published in the journal Science Advances earlier this year (about all people, not just men) as "the best study on this so far"; that study found that "the main effect appears to be that around the full moon we go to bed later."

Burgess added that not everyone has sleep patterns which change based on the lunar cycle. Indeed, various studies have found that this affects less than half of people.

Because so little is definitively understood about how the moon impacts the human body, even the most cutting-edge research on the subject must always come with caveats. Benedict himself admitted as much when speaking with Uppsala University's press.

"Our study, of course, cannot disentangle whether the association of sleep with the lunar cycle was causal or just correlative," Benedict explained.