"Her campaign was something that attracted us ... what happened?" 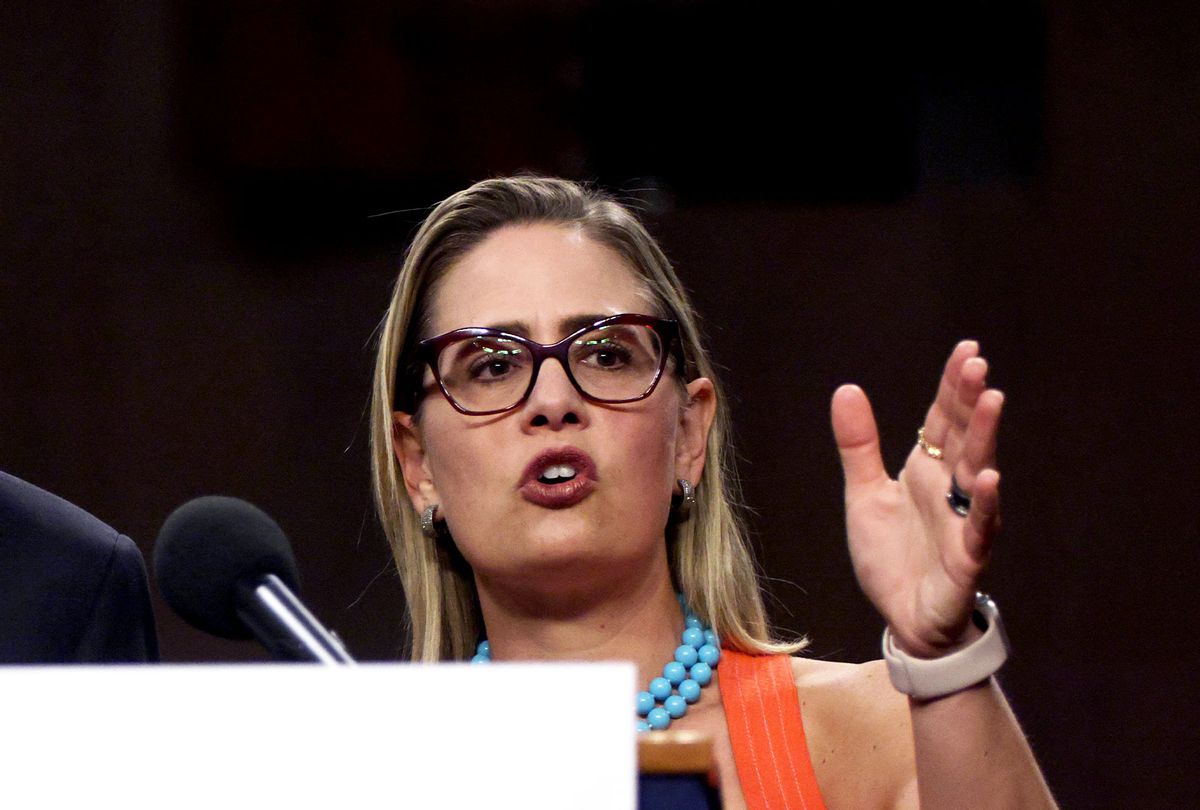 Sen. Kyrsten Sinema's (D-Ariz.) frustrated constituents are voicing their concerns about her failure to take the concerns of her supporters into consideration.

Speaking to The Guardian, Allie Young, a 31-year-old Democrat who voted for Kyrsten Sinema, voiced her disapproval of the lawmaker's "inaction."

"She has betrayed her constituents," Young, said during a phone interview this week. "The sort of inaction that she's taking right now is an action and it's making the BIPOC community, especially in Arizona, distrust her more and more as the days go by."

For months now, Sinema has been criticized for her adamant pushback against Democratic-backed policies and her unwavering support of the filibuster. Her notable shift has left many voters baffled.

"Her campaign was something that attracted us because back then she seemed to be a little more progressive than she is now," she said. That's the part that we're all having trouble understanding. What happened?"

Sinema and Sen. Joe Manchin's (D-W.Va.) ntrist-leaning views have led to many political hurdles for Democrats. Although the party controls both chambers of Congress, the two embattled lawmakers have played a dominant role in blocking Democratic progress on critical policies and proposed pieces of legislation due to their support of the filibuster.

However, local organizers and Democratic strategists are already mulling over ways to resolve Arizona's Sinema problem. Channel Powe, a former Arizona school board member and current spokesperson for Just Democracy, recently detailed the $1.5 million progressive incentive to pressure Sinema on the filibuster.

Powe added: "Once upon a time, she was a mentor of mine in a 2011 political fellowship that I participated in. I looked up to her. Kyrsten used to be a fierce fighter for the people. But once she got to Congress, she turned her back on the very same people who helped her get her in office."