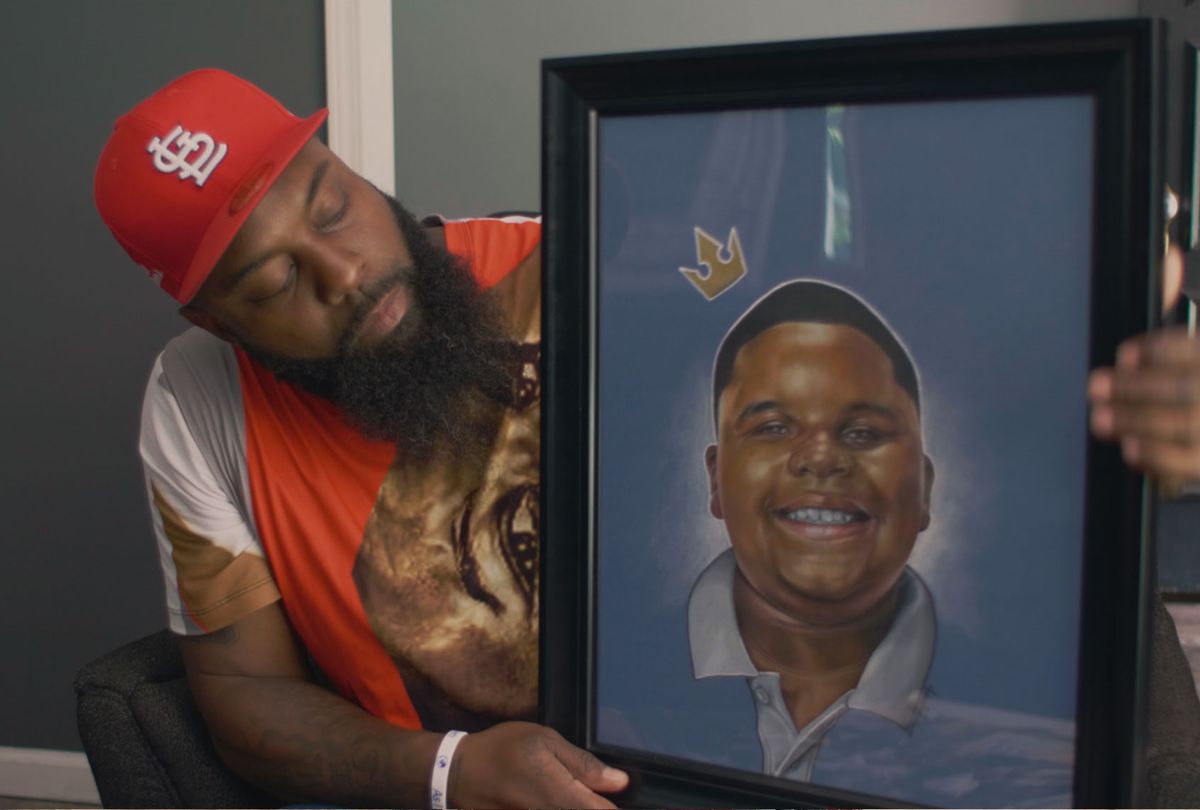 "Ferguson Rises" arrives on PBS at an inflection point in the United States about systemic racial disparity and whether we, as a nation, are ready to do the hard work of addressing it. That is to say, it comes before us at precisely the right time.

All you need to do is look around you at the political pressure being placed on local school boards over the critical race theory canard or the efforts to delegitimize the civil rights gains made by the Black Lives Matter movement. A film breaking down the impact of 18-year-old Michael Brown Jr.'s killing in 2014 on the community of Ferguson, Missouri provides a crucial understanding of how and why we got to where we are now, but only to people who actually want to understand these factors.

But Mobolaji Olambiwonnu's hour and 20-minute film illuminates two very clear truths about American society that get in the way of transformative change. One is that there is a large segment of the nation that views achieving racial equality as an inconvenience and unnecessary, mainly because they don't experience the ramifications of racial profiling and over-policing in their communities.

RELATED: How American police got militarized

The other is a part of the story told time and time again through special news reports, documentaries such as this and even fictionalized film treatments, which is the human response beyond the toll of tears and anger. The frustration of Ferguson is the fact that it is a replay of any number of furious, bloody uprisings throughout history.

Community organizer Osagyefo Sekou succinctly describes what it was like to be on the ground in Ferguson during the 2014 riots. He was studying at Stanford University before a friend urged him to return home. "And so I got on a plane and I flew back in time," he says, explaining how his home had transformed into a place reminiscent of scenes in cities around the country throughout the 20th century.

Renita Lamkin, the pastor at St. James AME Church, sums up the show of force by police by calling it an atmosphere of evil is so thick, that "sometimes that it weighs on you."

Olambiwonnu makes Brown's father Michael Brown Sr. a primary focus of "Ferguson Rises" however, to show how he and others transformed their mourning into service. He and others make "Ferguson Rising" a brightly burning candle of hope emerging from a fuse lit by frustration and despair. It is not a plea, but a stalwart explanation as to why social justice movements are necessary to move a democracy forward and to slow and halt rollbacks like the ones being legislated into existence now.

Many documentaries and news reports about unarmed Black men and women killed by police or who die while in police custody do this. "Ferguson Rises" goes a step further, though, by depicting Ferguson and the movement that rose out of it as a multiracial concern. That refers to what's required of direct participants and people watching protests unfold in their cities.

It's that second faction Olambiwonnu and the film's producer David Oyelowo carefully include that explains why a large segment of the nation doesn't understand Black Lives Matter or view the uprisings as inconvenient or needlessly destructive.

Nor do they comprehend why so many view then-St. Louis County Prosecutor Robert McCulloch's refusal to charge former police officer Darren Wilson for killing Brown as the ultimate injustice.

(A subsequent investigation by the U.S. Department of Justice in 2015 concluded that Wilson shot Brown in self-defense. Current St. Louis prosecutor Wesley Bell revisited the case and in 2020 ultimately declined to bring manslaughter or murder charges against Wilson while specifying that this did not exonerate the now-former cop.)

"I've never had a problem with the police," says one Ferguson resident who goes on to talk about how her local cops would bring her dog home whenever it escaped. She expressed gratitude for that, because if animal control got ahold of her dog, she explained, she'd have to pay hundreds of dollars in fines.

"I don't know to say it without it sounding like 'we' and 'them,' but protesters are still wanting to gripe about things," says Ank Ankenbrand in a voiceover as he placidly cooks in his kitchen with his wife Susan. "To me, it almost seems like they're . . . [having] tantrums."

Yet another, Jeannie Boettcher, admits, "I guess I always thought the police were fair, but let's face it: I'm white, and you know, with maybe the exception of a speeding ticket a couple of times in my life, I've really never had to encounter the police as a law enforcement."

Without specifying any other characteristics about these folks, you can probably guess these people are white and live in a part of the town of 22,000 where interactions with their Black neighbors are likely infrequent.

They aren't part of the population preyed upon by Ferguson's police department to generate revenue, according to a Justice Department investigation mounted in 2015 that confirmed protesters assertions that local law enforcement disproportionately targeted Black residents. That same report also found that African Americans make up 67% of Ferguson's population, yet account for 93% of arrests made from 2012-2014.

One enraging sequence shows Wilson describing the 18-year-old he gunned down to ABC's George Robert Stephanopoulos as huge and demonic before claiming, "You can't perform the duties of a police officer and have racism in you."

To be inflamed by all of this is natural and part of the point. Even so, Olambiwonnu ensures this isn't the whole point. All of those subjects cited above are simply sharing their view of how they see their town and their place in it; they simply can't comprehend the fear of a teenage boy from their same town who says that whenever he walks out of his house he can't be sure if make it back, "and that's scary."

The most frustrating part of watching "Ferguson Rises" is knowing that the people who would most benefit from what it has to say, those asking why an honest reckoning with race is necessary, will not watch. Not might not – they won't.

Boettcher in her interview struggles to understand why it's wrong to simply say all lives matter. To this when community activist Cathy Daniels answers with, "We understand that all lives matter, but until you see me in the same light that you see yourself, I have to keep being specific," one can't help assuming that her white neighbor still won't comprehend.

Michael Brown Sr. doesn't let any of that concern him as the founder of Michael Brown Chosen for Change. In one of the film's most powerful scenes he gathers the surviving relatives of unarmed Black men and women killed by police together for an event to recognize and support each other, and each explains that none of them wanted to be in that room. But since they are, they must keep pushing for justice.

Witnessing the passion and commitment among those who are listening is heartening. "They probably think that we're crazy, that we're probably a bunch of young Black radicals who just want to burn the city down," activist Tory Russell says. "That's not true. We're just mad and want to see some change."

"Ferguson Rises" is now streaming at PBS.org and on the PBS app.