Surge in GOP's war on free speech should sound alarms

The GOP's war on free speech is spreading — targeting educators, books, and even Democratic political organizers 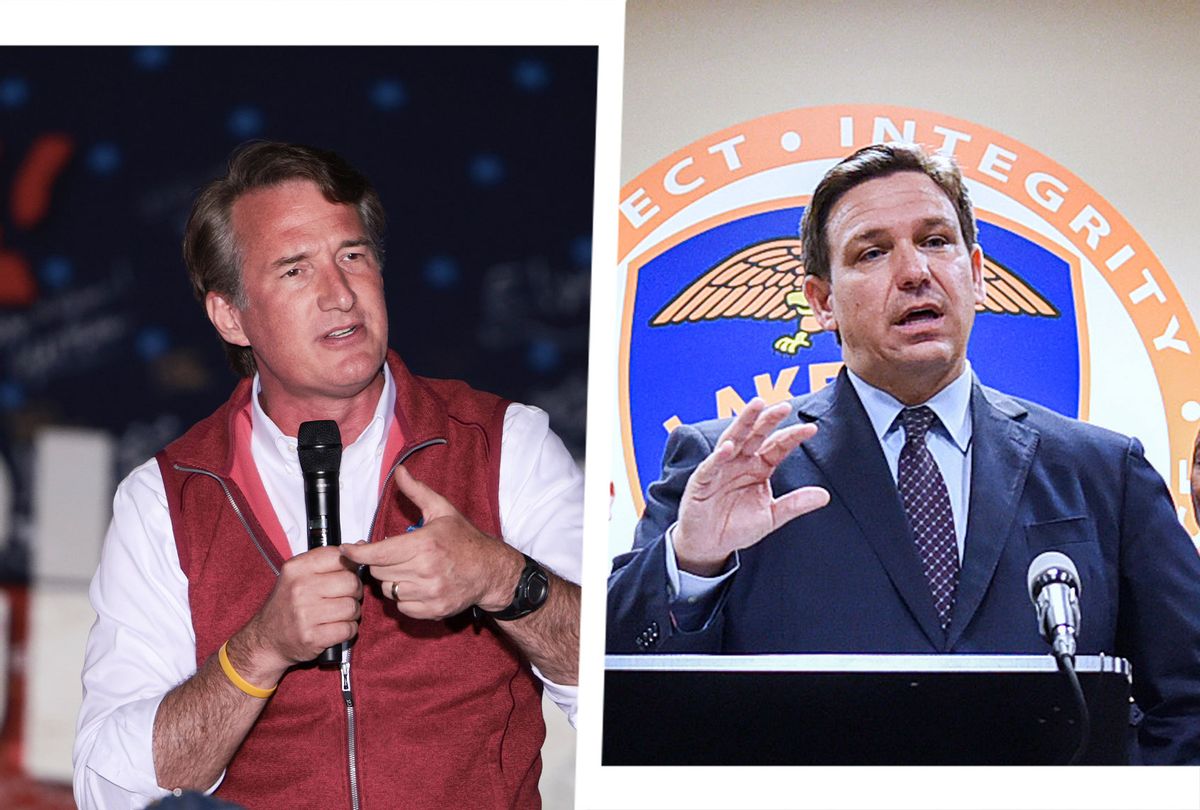 The right's desire to suppress any speech they don't like is metastasizing.

Look no further than Donald Trump's latest effort to create his own social media network for the perfect example of the Orwellian way in which conservatives use the term "free speech." The authoritarian right is always claiming to defend against allegedly censorious liberals, but eagle-eyed readers of the terms of service noticed straight away that Trump's "free speech" network forbids users from hurting his snowflake delicate feelings in any way with a rule against users who "disparage, tarnish, or otherwise harm, in our opinion, us and/or the Site." In other words, no making fun of Trump's fingers or mentioning the "pee tape" in this "free speech" paradise!

On the right, "free speech" tends to mean freedom from speech, specifically any speech that contradicts conservative beliefs. It's basically the "right" of conservatives — and only conservatives — not to be exposed to any speech that might offend, startle, or upset their tender feelings in any way. As Trump's terms of service indicate, it means a belief in the "right" of conservatives to be free of criticism. Thus "free speech," in Republican circles, becomes a justification for blatant censorship — and even, in violation of the constitution, using government power to suppress any speech that makes them uncomfortable. To make the situation even more dire, Republicans are increasingly championing their "right" to use violence to silence political dissent.

The national war on what has been misleadingly described as "critical race theory" in public schools is, in reality, of course, a right-wing attempt to censor any discussion of racism, historical or otherwise. This has been perfectly illustrated in the Virginia governor's race, in which the GOP candidate, Glenn Youngkin, has been running ads calling for schools to censor materials that tell the historical truth about slavery. The ad, which features a woman telling a maudlin story about her son having "night terrors" from an assigned high school reading, is oblique about what book, exactly, Youngkin thinks should be censored. Of course, Youngkin is embarrassed to admit it because the answer is "Beloved," a canonical novel by Nobel prize winner Toni Morrison. It's not a mystery why conservatives want to censor this classic novel about the evils of racism. It's for the same reason that Texas Republicans are circulating lists of other books to censor, the vast majority of which are about racism being bad or LGBTQ people being normal. As I noted in last week's newsletter, this is the same fascist urge to suppress free thought that led to the Nazi book burnings, and there's no reason to sugarcoat it or play the "can't happen here" games. It can happen here, and is happening, as evidenced by a Republican running for statewide office on a pro-censorship platform in Virginia.

A similarly chilling situation is playing out in Florida, where three political science professors at the University of Florida have been barred from testifying or otherwise offering expert opinion in an ongoing court case over voting rights in the state. The school isn't even trying that hard to conceal that their reason is to placate Republican Gov. Ron DeSantis, who signed the racist voting restrictions, citing "a conflict of interest to the executive branch of the state of Florida." DeSantis has been quite open out his eagerness to cut funding to punish schools that allow any speech that he disagrees with, so it's not surprising that the university administration is fearful. But, as the New York Times noted, universities typically allow "academic experts to offer expert testimony in lawsuits, even when they oppose the interests of the political party in power," and legal experts say "the action was probably unconstitutional." Indeed, the school's accreditor has already opened an investigation into this issue, which could threaten the university's access to federal student aid.

To make the situation even more troubling, the right is increasingly embracing the view that they should be allowed to use violence to silence political opponents. Many red states have basically legalized the use of cars as weapons for conservatives who wish to violently attack protesters, especially Black Lives Matter protesters. Laws allowing people to run over protesters — so long as they pretend, in the aftermath, to be afraid — have resulted, according to the Boston Globe, in "scores of people hit, dozens of injuries, at least three deaths, but precious little justice, much less sympathy, for the demonstrators injured, killed, or just plain terrified."

It's the moral equivalent of siding "with Bull Connor's firehoses over the Black children of Birmingham," or "with the cops with clubs over the brave, battered souls who traversed Selma's Edmund Pettus Bridge," Jess Bidgood writes.

Last week, court proceedings revealed that the police in San Marcos, Texas, similarly sided with a group of motorists who used threats of violence to force Democratic organizers to cancel a campaign event for Joe Biden last year. After Trump supporters chased down and menaced a Biden campaign bus, threatening to run it off the road, police appear to have ignored multiple calls for help. The police made fun of the Democrats instead of doing their job. Afterward, Trump and other Republican politicians cheered on the threats of violence used to forcibly shut down what was supposed to be a mundane Biden campaign event.

RELATED: Cops and their allies have pushed hard for new wave of stringent anti-protest bills

This week, the trial of Kyle Rittenhouse also begins. Rittenhouse is alleged to have shot three Black Lives Matter protesters last year, killing two. His case has become a cause célèbre on the right. Not that conservatives think Rittenhouse is innocent, really. It's quite clear that he loaded up with bullets and went out to the protest looking for trouble. No, the situation — as with the laws legalizing car attacks on protesters — is quite clearly about reinforcing this authoritarian view that progressive speech should be suppressed, by any means necessary.

That the right is the true threat to free speech should have always been obvious, starting with the way that Trump and his allies waged war on Black athletes and their allies who protested police violence by kneeling during the national anthem. It became even more obvious when Trump ordered the police to tear gas peaceful protesters so that he could walk to a photo-op without having to endure public criticism. Trolling gestures like Trump doing the "tomahawk chop" during the World Series, in this light, aren't really about free speech in the traditional sense. It's about asserting that racists are the only people free to express their views, and that anti-racists are obliged to shut up. Most importantly, the right should be empowered to use both the law and violence to silence their critics.

RELATED: What the Kenosha shooter tells us about Donald Trump's America

Sadly, a gullible press has allowed the right's fake panic over "cancel culture" to muddy the waters and create the illusion that it's the left that is somehow the real threat to free speech. There are, unfortunately, situations where overeager leftists harass and abuse people — usually people on their own side, however — for perceived and often inconsequential heresies, and it would be foolish to deny it. But on the whole, as writer Michael Hobbes has persuasively argued, most "cancel culture" stories aren't really about censorship at all, but the exaggerated anxieties of older centrists who don't like being yelled at by young people on Twitter. Certainly, it has no relationship to the right's campaign for overt censorship of progressive opinions or even uncomfortable facts. While it would be good for some on the left to get a little more measured and thoughtful in responding to folks they disagree with (or think they do, anyway), when it comes to actual censorship, the far more pressing concern is what the right is up to.

As countless examples show, there's a nationwide movement by Republicans to use whatever tools they have — including government power and even violence — to silence political opponents and rewrite history. Mean tweets are but a faint shadow of the overt threat of censorship coming from the increasingly fascist right.