Lentils, tinned fish and chickpeas — oh my! Dispatches from my Great Pantry Clean Out

As I faced the task of packing up my apartment, I discovered that my pantry was home to a bunch of hidden gems 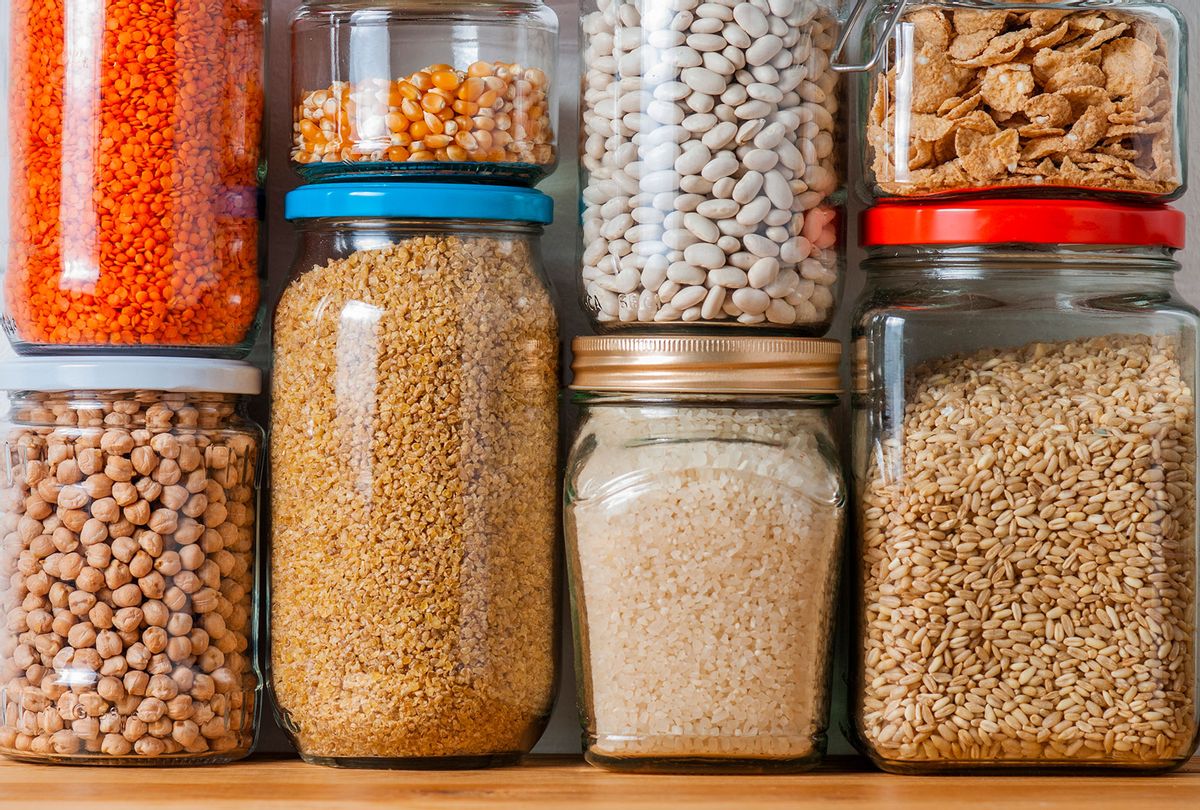 I recently signed a lease for a new apartment in Chicago, which is about five hours away from my current home in Louisville. I've only had a few major moves as an adult, and in preparation, my free time has become a flurry of cardboard boxes, Pinterest boards and Googling the phrase "moving to-do lists" over and over again.

Much of the advice is pretty predictable. Establish a moving budget, start changing your address for prescriptions and subscription services and transfer your renter's insurance. But one to-do list item that popped up again and again feels particularly timely after COVID-era grocery hauls: Begin planning meals around ingredients that are already in your pantry and freezer.

The logic behind the recommendation is twofold:

1) It's a way to slowly clean out your kitchen so you're neither hauling ingredients halfway across the country nor wasting food in a last-minute toss-out.

2) As you're staring down the barrel of copious moving expenses — first month's rent, new utilities, packing supplies — it's a way to dine-in on the cheap, especially when the desire to just order food delivery has likely never been higher.

RELATED: I tried to make cacio e pepe for dinner and it was a disaster — here's how to avoid the same mistake

So, I set out this week to do exactly that. I opened my pantry, and I started pulling out ingredients. Anything that was way beyond its expiration date or was noticeably stale got tossed. I was left with a fair amount of duplicate items: beans, canned chickpeas, coconut cream, jarred vegetables, lentils, nut butter, pasta, pickles, rice, and tinned fish. You know, all of the items that were packed into "How to stock your pantry" pieces that ran during the pandemic.

But here's the thing — there's a reason they were featured on those lists. When I decided to use those pantry staples as the base of my dinners, I started to get more creative in my cooking and recipe-hunting.

The first night after The Great Pantry Clean Out, I made pasta loosely based on this delicious Bon Appetit recipe by Ali Francis. Pulse some anchovies, garlic cloves, jarred roasted red peppers, nut butter, red pepper flakes and sun-dried tomatoes with some reserved pasta water. The sauce is punchy and creamy — and it coated the boxed cavatelli that had been lingering in my pantry absolutely beautifully. I didn't have any fresh basil, but I had some almost-wilted spinach that needed a home, so into the pot it went.

For a little extra flavor, I took some panko breadcrumbs and tossed them in a pan with some dried Italian seasoning and a glug of olive oil until toasty. Those got sprinkled on the warm bowls of pasta and voila! I had a delicious, filling dinner that cost less than $1 per serving.

The next night, I followed Priya Krishna's "A Beginner's Guide to Making Dal" as a way to use up a bag of pink lentils. I finished the dish with a splash of coconut cream, and I served it with rice. For a hit of funk and acidity, I pulled out the blender again to use up the remnants of a tub of Greek yogurt, a teaspoon of miso paste, half of an avocado, and a handful of scallions. I swirled the green sauce over the rice, and the whole thing was warming and incredibly satisfying.

Below you'll find stories from the Salon archives about the kind of laid-back magic that can occur when cooking under certain restrictions, be they self-imposed or not, like time and budgetary restraints or dietary changes. If you like this collection of writing, be sure to sign up for the Salon Food newsletter, The Bite, where it first appeared.

At the end, there's cake

"What's holding you back from baking?" asks Salon's Mary Elizabeth Williams. "Is it the myth that baking is fussy, that it's a precise science, that it's hard? Calm down already; it's not nuclear fusion, it's cake. And when you do it, at the end, there's cake."

With this in mind, check out her recipe for a 3-ingredient cheesecake where — get this — no measuring is required. Inspired by Patricia York and Southern Living, Williams' cheesecake only asks that you separate some eggs and allow a long oven time.

It's the definition of working smartly within restrictions, which, in this case, is that of limited ingredients. Read the full breakdown of the instructions here.

One of my absolute favorite episodes of TV is the ill-fated 2020 episode of "The Great British Baking Show," (Collection 8, Episode 1)  in which contestants were tasked with creating celebrity busts out of cake. The results were spectacularly awful.

As I wrote of that episode, "Bob Marley doesn't have a mouth! Freddie Mercury's head exploded! The bakers' versions of David Attenborough and Jamaican poet 'Miss Lou' look like creatures from a knock-off version of 'The Dark Crystal,' while Paul Hollywood is forced to cut through Marie Antoinette's cheek and a contestant's David Bowie is, as Prue puts it, 'about as far away from David Bowie as you could get.'"

The restrictions here are obvious: time, preparation, and to some extent, the design skills needed to pull this off. The thing is, it's one of the most memorable bits of food TV I've ever seen, largely because the contestants tackled the challenge with such good spirits. There's something to be learned from their upbeat willingness to experiment in the kitchen.

As I wrote in the last issue of The Bite, canned pumpkin is one of my favorite fall pantry staples. This weekend, treat it in a new way by turning it into pumpkin butter, which can then be used as the base for The Ultimate Fall Grilled Cheese.

The sandwich is greater than the sum of its parts, though the parts are pretty darn good: fluffy milk bread, goat cheese, gruyere, caramelized shallots, and of course, pumpkin butter.

This sandwich is pretty much a meal in itself, but it pairs well with a classic cocktail, such as an Old-Fashioned. As Salon's Erin Keane wrote in a recent "Oracle Pour" column, the standard base for this type of cocktail is bourbon or rye.

"Muddle a sugar cube with a few dashes of bitters (and a splash of water, if you need it, but 'water' in the Old-Fashioned can just be the ice), stir in whiskey, serve over a big ice cube with a lemon or orange peel," she wrote. "Deceptively simple. The result is a soft and sublime transformation of a good whiskey, while still allowing it to hold center stage."