Learn from my errors and avoid a kitchen nightmare with these three tips for creamier, silkier pasta 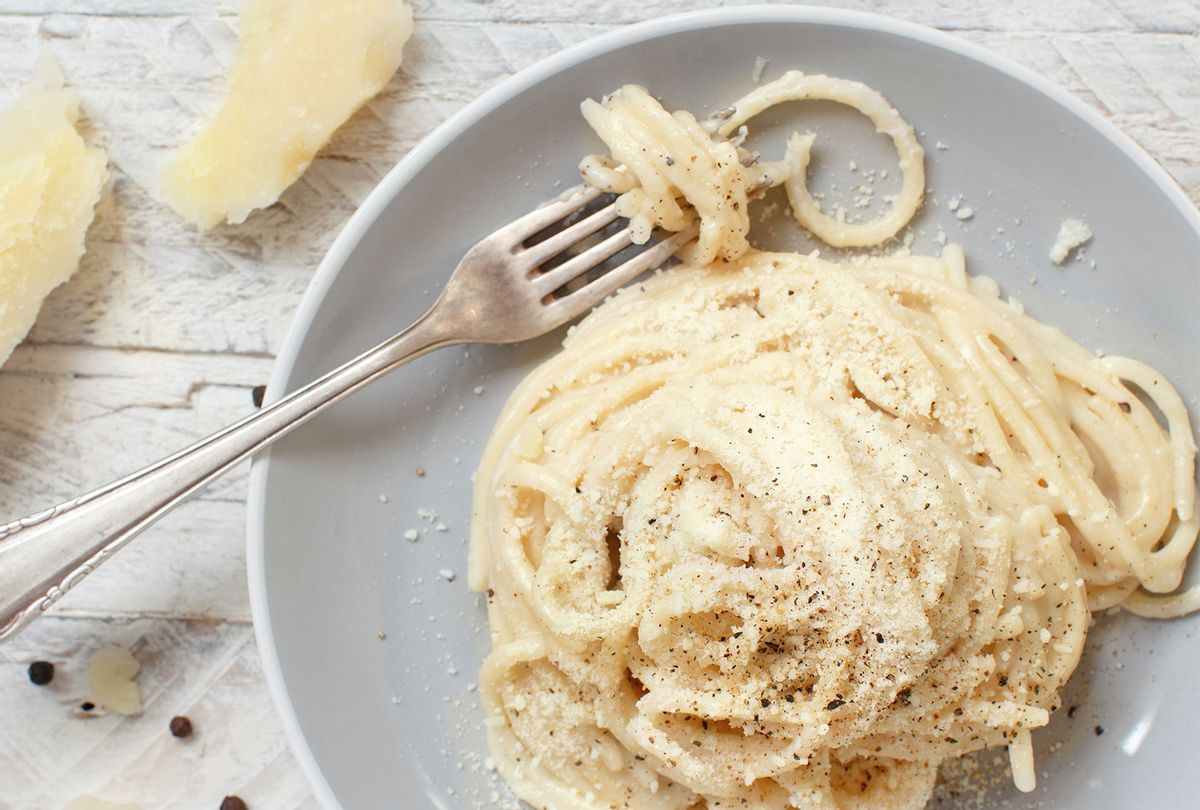 Last weekend, I woke up with a solitary mission: to make the best possible cacio e pepe for dinner.

After falling into a well-documented pasta rut for the greater part of the pandemic, I've endeavored to change up my dinner routine. I'm trying to eat more mindfully and incorporate a variety of different vegetables into my meals. That includes swapping out a bowl of beige pasta for a beautifully braised eggplant or a hearty salad.

Weekends, however, are when I turn to comfort meals and project recipes. On Wednesday, I solidified a cooking plan that included homemade focaccia, honeydew melon wrapped in prosciutto, and of course, that cacio e pepe.

Cacio e pepe, which translates to "cheese and pepper," is prized for its simplicity. As its name suggests, this Roman staple features a velvety sauce made from a combination of finely grated cheese, black pepper and pasta water.

RELATED: Bored with beige pasta? Grab a head of broccoli and a blender

It's one of those dishes that kind of slowly took over the world, especially over the last few years. It appears everywhere from menus at luxury restaurants to the shelves of Trader Joe's to Salon Food's own "Quick and Dirty" column.

The best versions are creamy, peppery and a little funky — and the first time that I made cacio e pepe, it turned out that way. On that occasion, I loosely followed Bon Appetit's recipe, whisking together piping hot pasta water and (don't tell them this) the fresh, but pre-grated supermarket parmesan that's so fine it's basically dust. It came together beautifully.

That was obviously a fluke.

My most recent cacio e pepe excursion was a disaster, which was only made worse by the amount of thought I put into it. I woke up Saturday morning, and after pulling a new "more authentic" recipe from an Italian cooking blog, made my way to a cute little Italian market. I bought a wedge of nutty, briny Grana Padano and parmesan. I debated between a few bags of pasta before finally settling on Semolina fusilli. The last thing I grabbed on my way out of the door was a little baggie of fresh peppercorns to grind into the sauce.

I was ready to cook. That evening, after my focaccia had risen and rested a few times, I placed the dough in the oven and pulled out my stock pot and skillet. I boiled and drained the pasta, reserving the water, and set about making the sauce.

I grated the cheese directly into the pan, followed by the pepper, folding the ingredients over the pasta. That's when things began to go downhill. Instead of forming a cohesive, silky sauce, the cheese and pepper quickly became a rubbery white ball flecked with streaks of black. I attempted to rectify the situation by adding more (now lukewarm) pasta water, but I was left with the same rubbery cheese ball sitting in a puddle.

I tried to break up the mound of cheese, but it wasn't until I increased the heat and added pat after pat of butter that the dish began to appear somewhat salvageable. The sauce did eventually become mostly cohesive, but instead of becoming smooth and creamy, it remained a little gritty. It was definitely a disappointment.

So what happened, exactly? While snacking on a piece of focaccia — which, I would like to note, turned out beautifully — I played back through everything in my head and examined different recipes. I realized there were a few places where things went wrong. The next day, with my leftover ingredients, I went back to the drawing board and made a small batch of pasta for brunch. It was infinitely better.

Here's what I learned about avoiding cacio e pepe disaster:

Make sure your cheese is grated finely enough

One of the reasons my very first attempt at cacio e pepe — the one made with the supermarket cheese — actually had a higher chance of success was that the cheese was so finely grated that it was basically powder. It more readily incorporated into the pasta water to form a smooth sauce. When I freshly grated cheese directly into the pasta and water, the shreds were still quite thick in comparison. If I had used a grater with smaller holes, it would have resulted in a finer end product.

Like carbonara, which is another one of my favorite pasta dishes, a key factor with cacio e pepe is speed. Working quickly ensures that the cheese doesn't have time to coagulate on the bottom of the pan and the pasta water doesn't lose its heat.

Keep an eye on the temperature

Relatedly, a silky, smooth cacio e pepe is predicated on a cook's use of heat. In my "disaster" batch of pasta, I allowed the pasta water to become lukewarm and didn't reheat it before combining it with my (too thick) cheese. The combination of those factors contributed to the resultant rubbery ball. Many recipes call for bringing the reserved pasta water back to a simmer before adding the cheese. Whatever you do, don't skip this step!

Our favorite Italian recipes for family-style dinner and parties: