Good coffee has become my go-to gift: I want you to have something delicious to start your day 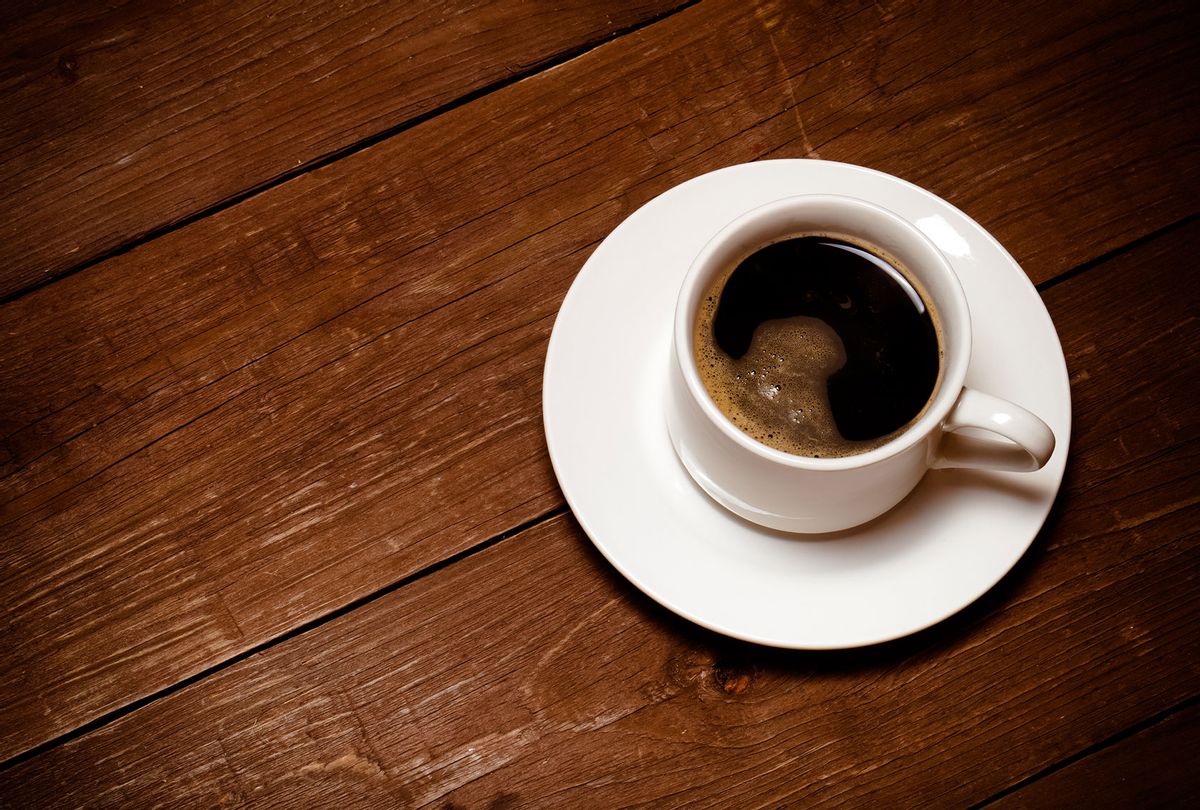 Once during an interview, when asked for his definition of paradise, Johnny Cash replied simply: "This morning, with her, having coffee." It's a strikingly beautiful phrase, though one that lost its initial impact on me after repeated exposure during a back-to-back-to-back series of trips to Nashville (home of both The Johnny Cash Museum and the Country Music Hall of Fame), where it was printed on everything from coffee mugs to throw pillows in area boutiques and cafés.

For that reason, I didn't think much about that phrase again until last year.

A little background on the coffee front: I'd been a beat reporter at the local NPR affiliate in Louisville, Ky., for several years. The station was in a central corridor of the downtown area and less than two blocks from a miniature deli called Nancy's Bagel Box. Daily coffee from there was non-negotiable because of proximity. I didn't think about whether it was "good coffee," I suppose — but it went down easy and powered me through early morning editorial meetings.

That was my view on coffee for a long time — function over form, typically bought while rushing around between interviews. Then about three years ago, I began dating a man named Stephen.

RELATED: Giada De Laurentiis' lemon ricotta muffins are the perfect treat to pair with a cup of coffee

As our lives slowly combined, so, too, did our respective, massive collections of cookware. I brought the Dutch oven, the sturdy colander and the blender; he brought the knife roll, the stock pot and the good cutting board. He also slowly set up a coffee station in my apartment after it was revealed that I had no "coffee infrastructure" in my home kitchen. It started small — a grinder, a moka pot and a bag of beans from a local coffee chain down the block.

Then a mutual friend of ours, Ren Doughty, who is the outreach and customer support coordinator at Batdorf and Bronson Roasters, sent us a bag of the company's "Whirling Dervish" blend. The taste of that first pour is one of those gustatory experiences that is forever tucked into my brain. It was like a chocolate-covered cherry in a cup, and it was my first time really thinking about what makes "good coffee."

The longer we've been together, the bigger our coffee prep station has become. These days, it includes an espresso machine, a better grinder, a milk frother, a standard countertop pot and so many bags of beans.

While the pandemic interrupted many people's morning coffee routines — just as it would have interrupted mine if I still worked in a physical newsroom — I was lucky.

RELATED: Coffee and community improvement districts: Unpacking the mystery of the $7 Starbucks macchiato

Every morning, Stephen wakes up a few minutes before I do, and the sound of him grinding fresh coffee or frothing milk is my alarm. By the time I walk into the kitchen, there's a cup of coffee waiting for me. No one would describe the pandemic as paradisiacal, but to me, our routine — "This morning, with him, having coffee," to borrow from Cash — had become just that.

For that reason, "good coffee" has become one of my go-to gifts for people nowadays. I order beans for folks. During what little travel is possible right now, I snag bags and mugs to bring home. I look forward to making cups of coffee for overnight visitors when reality allows for that again. It's a simple way to show love, the implication being, "Hey, I want you to have something delicious to start your day."

From the Salon Food archives, here are some of our favorite stories about coffee — whether that means making it at home, drinking it out, or cooking and baking with it, as well. If you like this collection of writing, do sign up to receive "The Bite," Salon's food newsletter — which is where this essay was first published and subscribers receive recommendations of what to read, watch and eat every week.

In July, we ran a series on Salon Food called "Coffee Week,"  a series of stories about America's favorite caffeinated beverage. From reporting about professional coffee tasting to an essay about the importance of LGBTQ cafes as queer, sober spaces, our writers covered so many different facets of the world of coffee. Here's a sampling:

A few months ago, I was introduced to the work of Craig Mod, a writer and photographer who has spent the last 20 years living in Japan. I became fascinated by one of his most recent projects, in which he walked over 1,000 kilometers along the ancient Nakasendō highway exploring mid-20th century Japanese cafés called kissaten and the food they serve there.

It resulted in the beautiful book "Kissa by Kissa: How to Walk Japan," as well as this stunning micro-documentary "Pizza Toast & Coffee: Kissa Būgen." It's this beautiful, 5-minute slice of life piece that showcases the routine of kissa proprietor Yamane-san, who has run his cafe for close to 45 years.

"He makes a mean pizza toast with a unique cutting style," writes Mod. "Pizza toast is a staple of kissa culinary culture." That pizza toast? It also naturally comes with a fresh cup of coffee. Give the documentary a watch on YouTube.

As part of "Coffee Week," writer Maggie Hennessy called on Bailey Manson, innovation manager at Chicago-based Intelligentsia, for some tips on brewing better French press coffee at home. I learned a lot from this piece, but my big takeaway was that Manson's "optimized French press method calls for stirring the coffee grounds almost constantly throughout immersion for better flavor extraction." Give the full piece a read for all of Manson's insight.

For some other at-home coffee tips, I also talked with Ren Doughty (yes, the same Ren from above) about, more generally, how to make better coffee at home, simply and without expensive gear. My favorite tip involved making iced coffee with coffee ice cubes.

Simply add some of your room temperature coffee to an ice cube tray. You can add these to your cold coffee without worrying about diluting the flavor. They're also handy for making at-home Frappucino knock-offs.