Climate change is gonna tick you off: Bloodsucking pests slated for population boom

Many of the things that humans hate about climate change, ticks and mosquitoes love 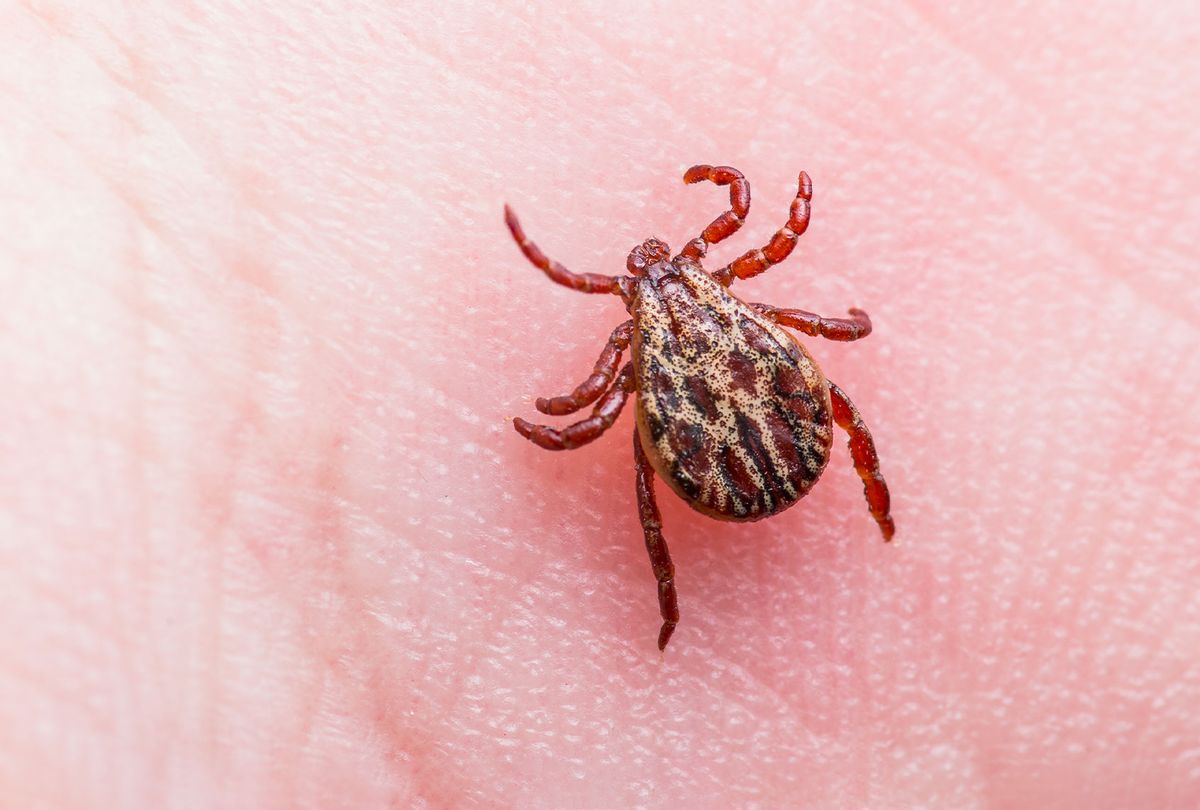 Climate change threatens many charismatic animal species with extinction, from polar bears to pikas to giraffes. Yet a few fortunate animals are seeing their range and populations actually grow as the Earth warms. Unfortunately for humans, that includes ticks and mosquitos.

According to a July article in the Journal of Medical Entomology, the warming climate is going to help ticks in some regions more easily survive and have longer active seasons. While extreme weather events like heat waves, cold snaps and flooding may make it harder for ticks to survive, the hardships caused by climate change to human activity are likely to aid tick-borne pathogens. They anticipated that ticks would expand their ranges toward the poles (and possibly pull away from the overheating tropics), and move upslope in mountainous areas.

Specifically, deer ticks are seeing their ranges grow. A recent study in the scientific journal Pathogens described how the deer tick has expanded its population northward as the climate has warmed. This means that they will have an easier time spreading pathogens like Lyme disease, babesiosis, Powassan virus disease and many others.

Indeed, tick-borne diseases like these are thriving as a result. This month, a study in the Rhode Island Medical Journal found that incidences of Lyme disease, babesiosis and anaplasmosis have been increasing in the United States — and all of those are vectored by deer ticks. The authors noted that climate change is a partial possible cause; everything from land use changes to other environmental alterations could also be responsible.

Nor should we only worry about deer ticks. Lone star ticks — which, as their name signifies, used to be primarily confined to the southern US, and which transmit diseases like alpha-gal syndrome and ehrlichiosis — have been found as far north as Rhode Island. There have also been range expansions in southern New England for the Gulf Coast tick, which carries a bacteria similar to the one that causes Rocky Mountain Spotted Fever, and the invasive cattle tick, which can transmit Lyme disease and other illnesses. And this is just the northeastern United States: Ticks are expected to invade northern formerly-colder regions of the world from Russia to China.

Ticks flourish when air temperature is greater than 6°C to 7°C, when the humidity rate is above 85%, and when there are a large number of blood-delivering hosts in their immediate vicinity. As the planet's atmosphere traps more carbon dioxide and other greenhouse gasses, these conditions will extend to areas of the planet where it previously did not. For instance, ticks are likely to find more areas to live in Europe, such as higher up in mountain ranges or farther north on the continent. Scientists discovered decades ago that one species of tick (which transmits a blood infection known as Babesia canis to dogs) expanded its range from the Mediterranean region to as far north as upper Germany. Across the pond, scientists studying the Rocky Mountain wood tick in Colorado found that climate change leads to quick and noticeable alterations in that tick species' distribution and abundance.

That foreshadows another, obvious problem with ticks doing well under climate change: Diseases like Lyme disease which are borne by ticks are going to benefit by their newfound prevalence. Ticks may even wind up reaching maturity at much younger ages due to climate change, meaning that humans will have to deal with a whole lot more of them a whole lot sooner. The length of time between the moment a tick egg is conceived until a tick has completed its larval and nymphal stages to become a full-fledged adult varies based on temperature, seasonal timing and the availability of hosts. If the temperature goes up beyond a certain point, that accelerates ticks' developmental cycle, increase egg production and leads to higher population density. Not surprisingly, it also leads to the creation of new risk areas.

Ticks' equally-hated cousin, the mosquitos, are going to have a similar red letter decade

In an eLife article published earlier this year, scientists found that mosquitos' high rates of population growth, short generation times and evolutionary history make it likely that mosquitos will be able to adjust to the warming climate. The authors stressed that the information about mosquitos and climate change is incomplete, so many of their conclusions are educated guesses. Despite this, scientists have confirmed that "typical mosquito generation times and population growth rates are on par with those of species that have already demonstrated evolutionary responses to climate change." Indeed, mosquitos have also been shown to have the genetic capacity, as well as evolutionary history, necessary to adapt to a warming climate.

"While climate adaptation has typically been studied in the context of conservation biology, population genetics theory suggests that evolutionary adaptation is most likely for short-lived species with high population growth rates—properties of many pest, pathogen, and vector species," the authors explain. This has already proved to be the case for the European gypsy moth, "one of the world's most destructive forest pests," and for the Asian tiger mosquito, which carries diseases like dengue, yellow fever and chikungunya viruses.

As blood-suckers reliant on other animals to feed, ticks and mosquitoes share a kinship with viruses: because they need us to survive, they do not wish to kill us. Quite to the contrary, they want to be as close to us as possible. While human beings in more affluent parts of the world have developed relatively effective ways of keeping insect pests away, that will be harder to do once sea levels rise and there are millions of climate refugees.

While swarms of mosquitos and ticks are hardly a good thing, they are also probably not the worst problems likely to emerge due to climate change. Climate change is also going to cause extreme weather events like hurricanes and wildfires, widespread droughts, rising sea levels and supply chain disruptions leading to shortages of essential products like food.