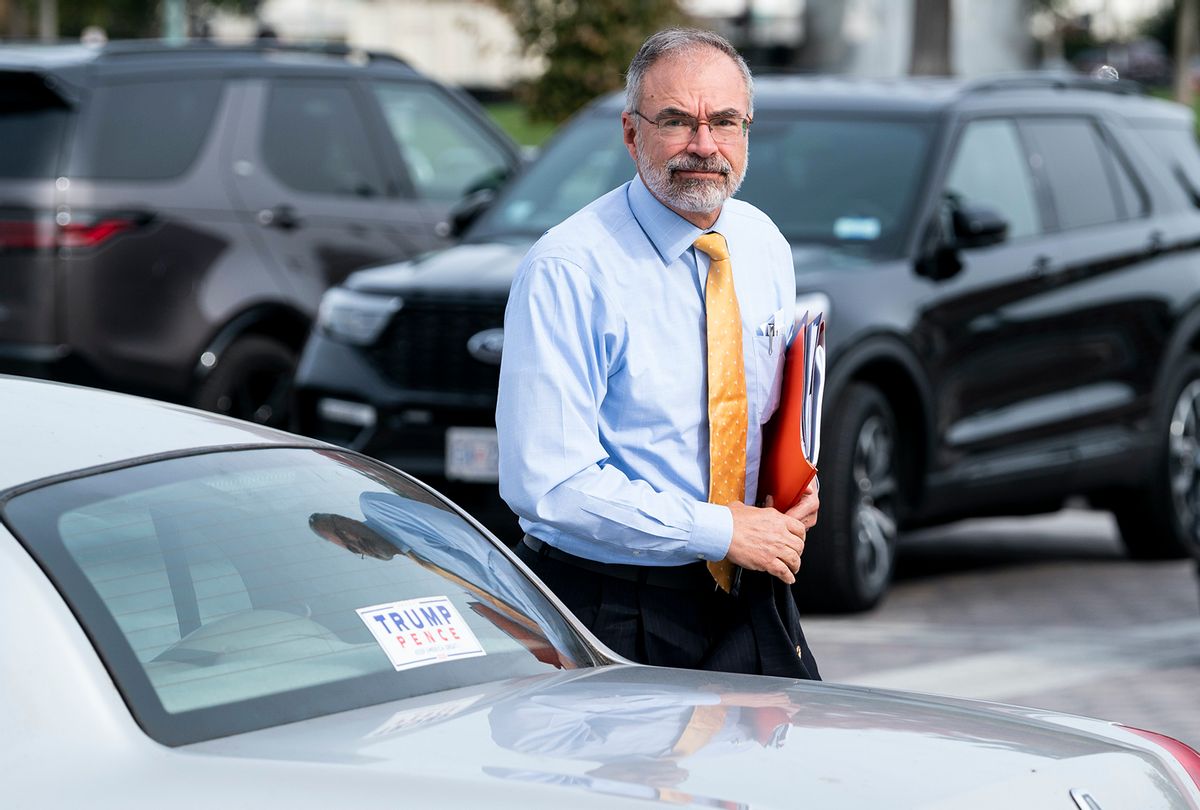 Republican U.S. Rep. Andy Harris, an anesthesiologist by trade, claimed this week that he may lose his medical license after pushing unproven COVID-19 treatments.

The Maryland doctor said during an October radio interview that he had prescribed at least one patient the anti-parasite drug ivermectin to treat COVID-19, according to the Baltimore Sun.

Ivermectin is often used in developing countries to treat intestinal worms and other parasites, and before recently it was largely used in the United States to treat livestock. It has taken on an almost mythical status in far-right circles, where its proponents refer to it as a cheap cure-all despite the fact that researchers have failed to prove its effectiveness in fighting the coronavirus.

The Food and Drug Administration advises against its use in treating COVID-19, and points out that the medication can be dangerous in large doses.

"Using the Drug ivermectin to treat COVID-19 can be dangerous and even lethal," the FDA said recently. The FDA has not approved the drug for that purpose."

On Monday, Harris said during a meeting of the House Freedom Caucus that someone had filed a complaint against him with the state's medical board over his ivermectin prescription.

"An action is currently being attempted against my medical license for prescribing ivermectin, which I find fascinating, because as an anesthesiologist, I know I use a lot of drugs off-label that are much more dangerous," Harris said on a video of the meeting that was later shared to Facebook.

The Maryland Board of Physicians keeps any such complaints confidential, so details of the action were not immediately apparent. It also appears the board accepts anonymous complaints given there is "sufficient information," the Sun reported.

The ongoing scandal also shines a light on Republican radicalization when it comes to spreading medical misinformation — Harris, as a part of a Congressional group called the "Doctor's Caucus," spent the spring of 2021 advocating for Americans to get vaccinated, even appearing in a video alongside his GOP colleagues pleading with constituents to seek out the shot.

But as the summer progressed and Republican attacks on vaccination efforts and a number of other COVID-19 mitigation efforts ramped up, Harris did an abrupt about-face, fighting Maryland officials over vaccine mandates on university campuses and questioning the efficacy of masks.

According to NBC News, he even went so far as to encourage a constituent who called into a radio show he was appearing on last month to research alternatives to vaccination promoted by fringe medical group "America's Frontline Doctors" — the organization led by a conspiratorial Texas physician named Stella Immanuel, who is best known for suggesting that certain ailments may be caused by sperm from sexual visitations from demons and/or alien DNA.

As of Wednesday evening, no disciplinary actions were reported against Harris by the Maryland Board of Physicians.