Red-fleshed apples: The science behind an uncommon (and much-desired) apple breed 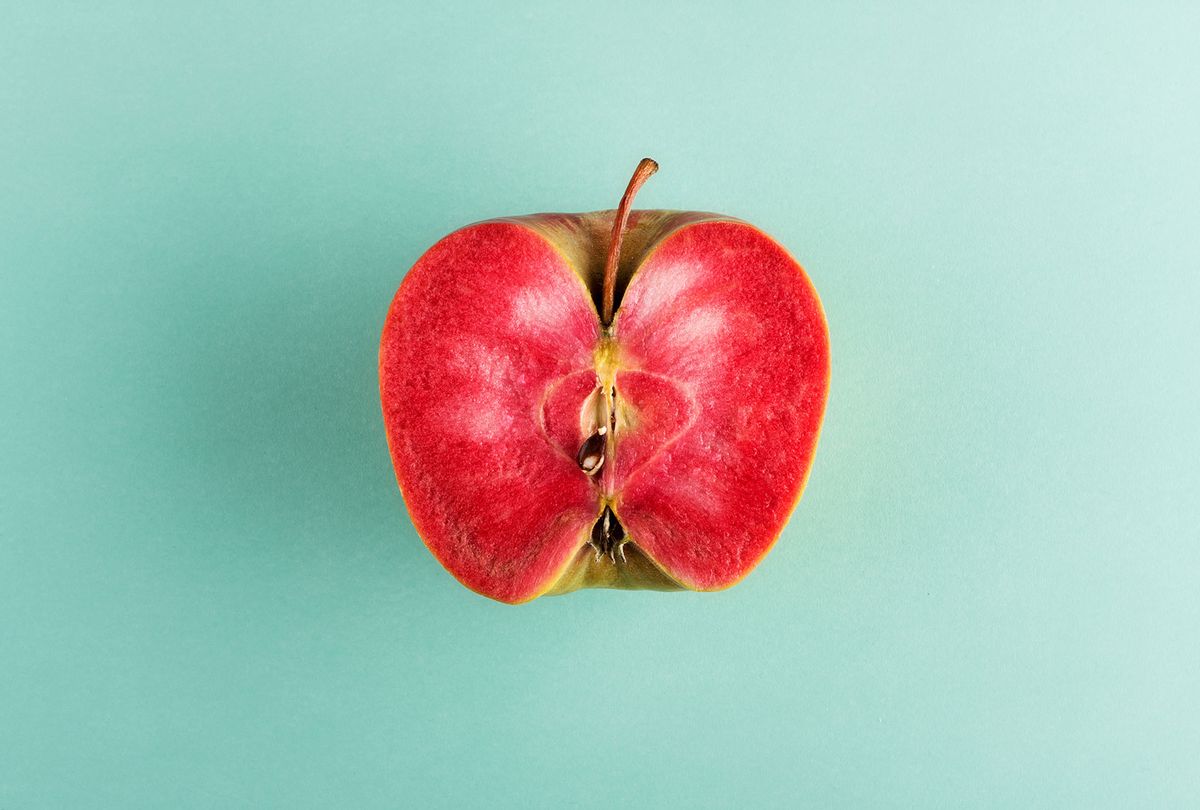 Deep in Oregon's Hood River Valley, a few select farms grow a rare cultivar of apples that look no different than most conventional varieties on the outside. This apple's taut skin is an amalgamation of yellow, green and blush pink tints, with minuscule white blemishes adorned all over. To an unsuspecting consumer, these delicate apples could easily be mistaken for the commonplace Gala or Braeburn varieties.

But inside, the fruits reveal their deception — their crisp flesh flaunts a striking red hue instead of the typical off-white color marked by most commercial apples. Known as Mountain Rose, Hidden Rose or Airlie Red Flesh apples, these striking apples tout a sugary aroma and an equally saccharine taste with notes of mild tartness. Some say the apples taste like cotton candy, strawberry lemonade, or even fruit punch. Others pick up on its subtle hints of berry and citrus flavors.

Mountain Rose apples — which can only be found in the Pacific Northwest — were first discovered in Airlie, Oregon, more than 60 years ago. Since then, the apples have joined a short list of naturally occurring and red-fleshed varieties spanning across the world. Most of these cultivars, such as the Niedswetzkyana, Almata and Rubaiyat apples, are predominantly found throughout Kazakhstan, Kyrgyzstan and other parts of Central Asia. Collectively, the unique varieties are a scientific phenomenon, curiosities of genetics and horticulture.

The presence of red flesh in apple cultivars is caused by the MYB10 gene, a localized genetic protein and transcription factor for anthocyanin pathways. Anthocyanins — which are a type of water-soluble polyphenolic pigment — give fruits and vegetables their signature shades of red, purple, blue or black. Consumers are probably familiar with anthocyanins from the produce aisle: purple potatoes and purple cauliflower, for instance, are those colors because of anthocyanins.

In apples, the pigments manifest in the fruit's skin — and, sometimes, within their flesh. Subsequently, red-fleshed apple cultivars exhibit "very high concentrations of foliar, flower and fruit anthocyanins," according to a 2012 study published in Plant Biotechnology Journal.

"In the majority of plant species, pigmentation is controlled by the relative amounts of anthocyanins, chlorophyll and carotenoids," the study further outlined. "These compounds are essential for plant health and performance, but are also considered as phytonutrients or markers for dietary health."

Anthocyanins act as powerful antioxidants and help shield the fruits from oxidation — the chemical process of gaining oxygen — and protect cells from damage caused by free radicals. High levels of antioxidants within red-fleshed apples allow the fruits to preserve their vibrant hue, even after they have been cut into and exposed to oxygen. The apples also retain their vibrancy in high temperatures, making some cultivars an ideal staple in baked goods.

With their extensive quantities of antioxidative phenolics — a class of chemical compounds naturally produced by plants — and anthocyanins, red-fleshed apples boast several nutritional and health benefits. Anthocyanin-rich foods help maintain eye health and aid in the prevention of cardiovascular diseases, neurodegenerative diseases, diabetes and cancer, according to a 2015 study published in the "Journal of Functional Foods."

Oftentimes, elevated concentrations of anthocyanins and phenols in red-fleshed apples come with a caveat: an off-putting and bitter taste.

"This poses a dilemma for the designers of functional foods because increasing the content of bitter phytonutrients for health may be wholly incompatible with consumer acceptance," the study stated.

Fortunately, the Mountain Rose breed doesn't possess an undesirable taste — just a specific one. Indeed, consumers in the Pacific Northwest seek them out for their flavor, and they command premium prices. Yet if consumers in general do prefer sweeter apples, mixing that with the genes for red flesh might be a feat.

Indeed, the attractive interior apple color caused by anthocyanin-producing genes is something that some farmers seek to emulate for a wider audience.  Hence, a few enterprising cultivators in New Zealand and Switzerland have managed to popularize the abnormal fruits through cross-breeding processes with commercial and sweeter varieties.

In 2010, scientists at New Zealand's Plant & Food Research (PFR) helped decode the sequence of the apple's genome. The team has since attempted to commercialize a new hybrid between red-fleshed and white-fleshed apple varieties. In that same year, Markus Kobelt — a nurseryman in Buchs, Switzerland — developed his acclaimed Redlove apples after cross-pollinating red-fleshed varieties with Royal Gala and Braeburn apples. Not much is known about the Redloves' cultivation methods — Kobelt purposefully keeps his techniques a secret — but the apples have been described as "deliciously crisp and tart" and, overall, "biblically perfect."

Slowly but surely, red-fleshed apples are arising as a culinary marvel and a holiday showstopper. The apples are used to make handcrafted ciders and rosé that are exceptional in both flavor and color (which is, of course, red). Sweeter hybrids and cultivars add an unconventional touch in seasonal galettes, frangipanes, pies and spiced muffins.