Both women have been portrayed as hapless children. That isn't feminism — it's old-fashioned, condescending sexism 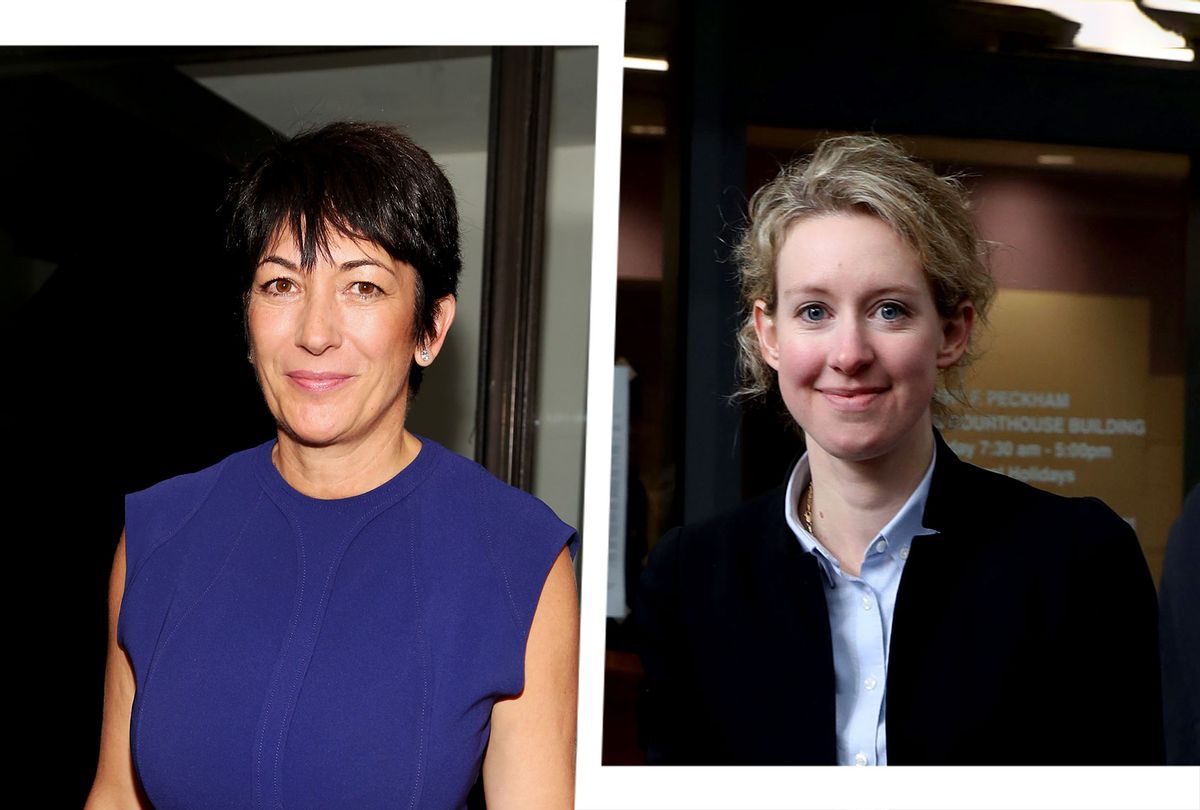 In the midst of all the tumult over the pandemic and other ongoing political disasters, it's easy to overlook the other historically remarkable moment happening right now: Ghislaine Maxwell and Elizabeth Holmes, the defendants in the two most high profile trials in the country this week, both happen to be women.

The crimes the two are charged with are, to be clear, very different. Maxwell's alleged victims are innocent teenage girls who she is accused of sex trafficking for her boyfriend, Jeffrey Epstein. The alleged victims in the Holmes case, on the other hand, are less sympathetic — wealthy investors who were seemingly snookered due to their own arrogance and poor character judgment. (Holmes' company, Theranos, also harmed ordinary people who got false tests showing results like breast cancer or HIV, but they are not technically the victims in the government's fraud case.) But in a society where men are three times as likely to be charged with a crime than women, it's notable that what the two most famous alleged criminals on trial right now have in common is their gender.

To be certain, they have other things in common, as well.

Both are white women from high-class backgrounds. Their alleged crimes played out in the world of famous and wealthy people. Both seem to have a peculiar charm that they are accused of using to manipulate people. And most disturbingly, both have legal defenses that are relying on a glib and phony form of feminism.

Whether it works or not, feminists should be alarmed by this defense strategy, as it has the potential to confuse the public about what feminism is and what it isn't — and whether or not women should be treated like true equals of men, even if that means holding them equally accountable for their behavior.

On the stand this week, Holmes finally unveiled a defense that her legal team has been hinting at throughout the trial: That she is not accountable for fraud, because she's the hapless victim of male abuse. On Monday, Holmes first testified that she was a rape victim in college, suggesting that is the reason she dropped out of Stanford at 19 in order to start Theranos. Prior to being charged with defrauding investors, however, Holmes had portrayed her dropping out in purely positive terms. She was routinely equated with other Silicon Valley figures— most notably her hero, Apple CEO Steve Jobs — who had dropped out because their purported genius could not be contained by the tedium of traditional education.

Holmes then got into the meat of her defense, accusing her business partner and then-boyfriend, Ramesh "Sunny" Balwani, of being controlling and abusive. "Holmes testified that Balwani, 20 years her senior, coached her to adopt a rigorous daily schedule, dictated how she should control her body movements and behave as a business person, and forced her to have sex with him, 'because he said he wanted me to know that he still loved me,'" NBC News reports.

All this may be true, though Balwani denies it. But as an explanation for why Holmes repeatedly appeared to mislead investors, it leaves a lot to be desired. Instead, as with the opening statements in the Maxwell case, the defense appears to be leaning heavily on sexist assumptions that women simply don't have the agency to be true criminal masterminds, and that all responsibility for that kind of behavior must lay with men. Worse, in both cases, this sexist assumption is being repackaged as a kind of feminism in the #MeToo era.

RELATED: It's time for Ghislaine Maxwell's reckoning in the "Surviving Jeffrey Epstein" docuseries

It's frustrating because it is true that a lot of women in prison for various crimes probably don't deserve to be there because their crimes are a direct reaction to abuse or the result of being coerced by abusive men. But those kinds of crimes, such as drug use or prostitution, are often victimless crimes. In other cases, women are in prison for literally trying to defend themselves against abusive men.

Maxwell, on the other hand, is accused of procuring underage girls for Epstein's sexual exploitation, and even participating herself. Holmes is accused of lying to investors about what Theranos medical devices are capable of doing. These are not situations where someone is using drugs to cope with trauma or being forced into sex work. There's a deliberation to their behavior over literal years that simply can't be squared with the idea that they lacked agency and were under some kind of male control.

These kinds of defenses aren't really any kind of feminism, despite the trappings. They owe more to long-standing sexist beliefs that paint women as simply incapable of making any kind of decision, good or bad, and instead assuming all female choice-making is secretly controlled by men. While that stereotype may benefit these two women in their defenses, on the whole, it's very bad for women. The refusal to treat women as legitimate choice-makers, for instance, is used to deny women reproductive rights, job promotions, or even a chance to be political leaders. Allowing that women have the ability to make choices means accepting that sometimes, they make bad ones — or even criminal ones.

Holmes, in particular, has shown an adeptness at manipulating both feminist hopes and sexist stereotypes to get what she wants. She dressed and carried herself in a self-consciously masculine manner when she was allegedly defrauding investors, leaning into sexist assumptions about what "smart" and "capable" look like. Now that it benefits her to look less competent, however, she has adopted a more feminine style of hair and dress. Similarly, Maxwell is accused of using her gender and assumptions about women being "safe" to lure in Epstein's victims.

Both cases definitely underscore feminist arguments about how gender is more of a performance than a biological reality. But both defenses are depending on jurors not getting that, and instead assuming that women are inherently less capable than men.

Time will only tell, but there's good reason for feminists to hope it won't. Women's equality doesn't just mean accepting that women are equal to men in intelligence and competence. It also means accepting that a small percentage of women, like a small percentage of men, use those skills for bad purposes. Feminism is not well-served by the stereotype of women as hapless children who can't be assumed responsible for their own behavior. The trials of Holmes and Maxwell will serve as an interesting test of whether or not this more nuanced view of what women's equality truly means has sunk in with the public.