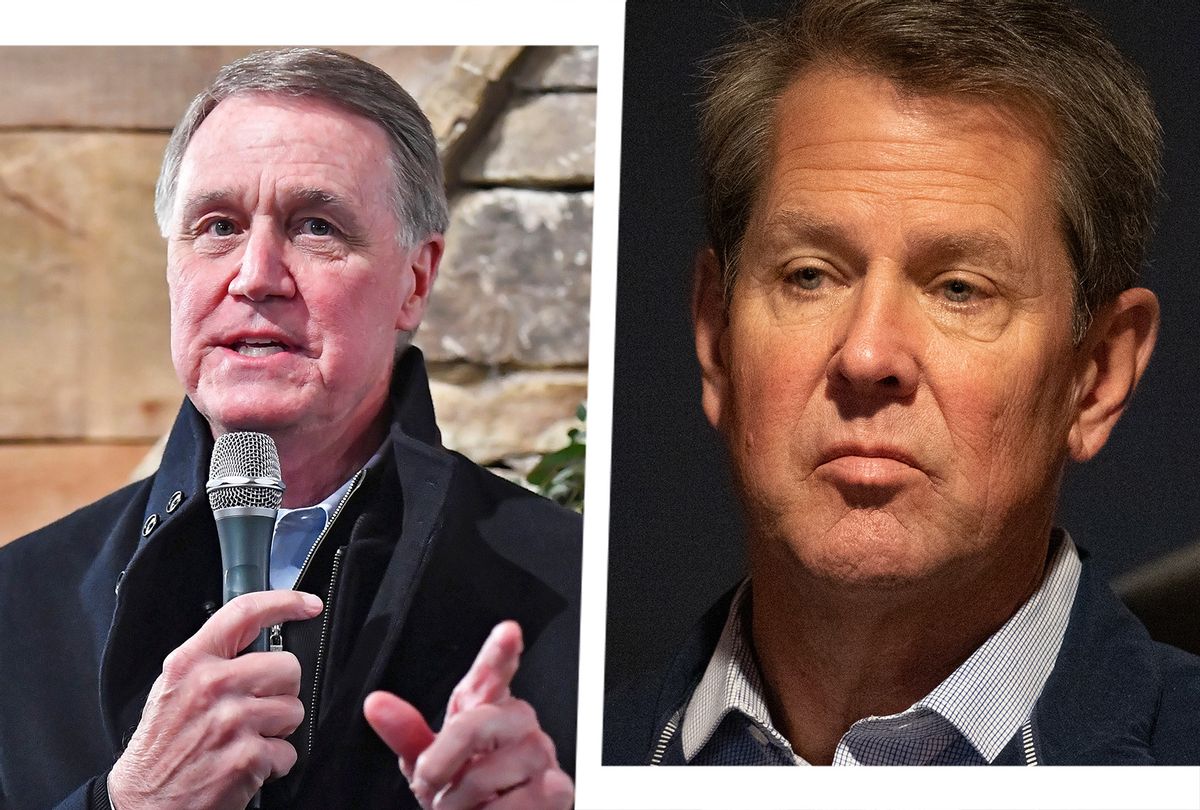 According to GOP insiders who spoke with the Atlanta Journal-Constitution, he is planning to announce his campaign in an address Monday.

The race is set to be the most high-profile piece of a battle over the future of the state's Republican party, and comes on the heels of months of far-right attacks on Kemp, who many in the party have criticized for not trying harder to overturn Georgia's 2020 election results. Former President Donald Trump himself has been crusading against Kemp for this reason, even at one point saying he would prefer Abrams, a voting rights activist who narrowly lost the governorship back in 2018, to Kemp. The ex-commander-in-chief is widely expected to endorse Perdue.

The rancor between the two men is relatively new — while Perdue was serving in the Senate they were staunch conservative allies, but that all ended in 2018 when he lost to Democrat Jon Ossoff. Just last week, Kemp told reporters that he had spoken personally with Perdue, who had promised not to run in the race.

"All I know is what Sen. Perdue has told me, I hope he'll be a man of his word, but again, that's not anything I can control," Kemp said.

Perdue has in recent months sought to portray himself as a "unifier," someone who can rally both Trump's more hardcore supporters and the so-called "moderates" who propelled Virginia Gov.-elect Glenn Youngkin to victory last month. He's been reluctant to call out Kemp by Kemp by name — but that all changed this week when both sides fired an opening salvo in what is sure to be a nasty year-long fight. In a lengthy statement to the Journal-Constitution, a spokesperson for Kemp called out a number of issues that dogged Perdue in last year's Senate race, including public uproar over a stock-trading scandal in which the then-elected official made a number of trades that appeared to predict the devastating effects of the COVID-19 pandemic after receiving confidential briefings on the matter.

"Governor Kemp has a proven track record of fighting the radical left to put hardworking Georgians first, while Perdue is best known for ducking debates, padding his stock portfolio during a pandemic, and losing winnable races," a spokesperson for Kemp said.

It didn't take long for Perdue to snipe right back: "If Brian Kemp fought Stacey Abrams as hard as he fights Perdue and Trump, we wouldn't be in this mess."

More on the Georgia GOP: