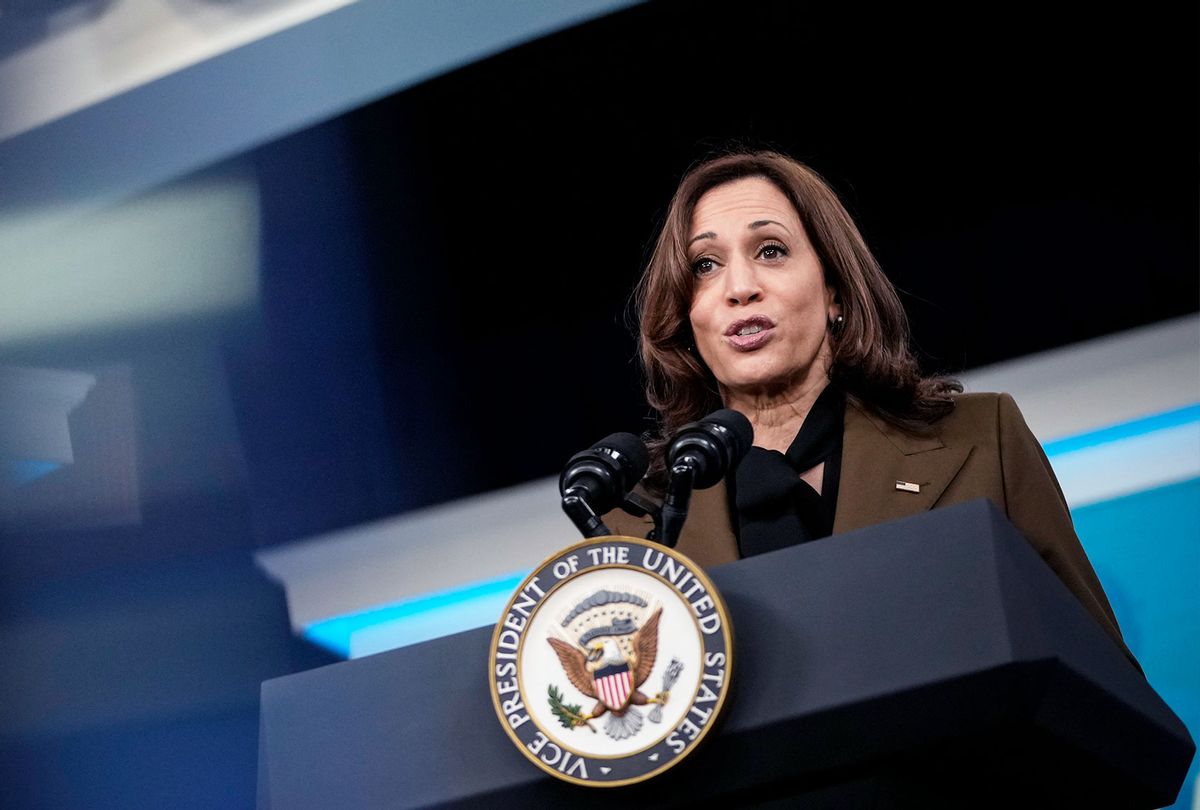 Politico came under fire Monday after publishing a piece devoted to Vice President Kamala Harris' preference for wired headphones over Bluetooth earbuds because of security risks.

Harris has made relatively little news in her first year as President Joe Biden's veep but that has not stopped Politico from pumping out a torrent of mostly negative news stories about reported discord among her staff and pitting her against Transportation Secretary Pete Buttigieg in the purported internal horse race to be Biden's eventual successor. The insidery outlet has in recent months published reports calling her office "not a healthy environment" amid disagreements among aides, knocking her "lackluster reception" on overseas trips and suggesting that her vice presidency already needs a "reset." It has increasingly focused on stoking a would-be rivalry between Harris and Buttigieg, suggesting the Transportation chief has emerged in a more prominent role in the administration, which some staffers of color see as "disrespectful" to Harris, before wondering, "What if Kamala and Pete actually like each other?"

"She has long felt that Bluetooth headphones are a security risk," the newsletter says. "As a result, Harris insists on using wired headphones."

The article dredges up various images where Harris can be seen using wired headphones, contrasting her choice with her husband, Doug Emhoff, who has been photographed wearing Apple AirPods.

"Former aides say that the vice president has long been careful about security and technology — with some describing it as prudent and others suggesting it's a bit paranoid," the report continued, noting that Harris also prefers texting over email for security reasons and did not allow guests to wait alone in her office when she served as California's attorney general.

"The vice president's office did not respond when asked if there was a 'fun origin story' to Harris' Bluetooth wariness, or for any background on the particular security risks Harris believes Bluetooth technology represents," the report concluded.

White House staffers ultimately did respond after the article was published, knocking Politico for focusing on trivialities.

"This is what people all over the country really care about and want to know," quipped Symone Sanders, a senior adviser to Harris.

While some Twitter users mocked the report by labeling it #BluetoothGate, tech experts quickly pointed out that Harris is absolutely right to avoid discussing sensitive matters over Bluetooth.

"Bluetooth peripherals are a security risk," noted Byron Tau, a national security reporter at The Wall Street Journal. "If they don't rotate their unique identifier, they can easily be sniffed and tracked. If there are flaws in the security, they can be compromised. Most people don't have to worry about these things but high level federal officials should."

"Bluetooth is a well-known security risk — including the possibility of escalating and executing code — well, malware — on the phone. Strongly suggest talking to cybersecurity experts — or even a Dr. Google consultation — before running such stories," she tweeted. "Seriously, being mindful of well-known cybersecurity risks and not letting people be alone in your office are very very reasonable, even minimal precautions for high office. Don't we have anything real going on?"

The Politico report comes on the heels of other outlets stoking outrage over Harris spending $500 on cookware during a recent trip to Paris and suggesting that she had faked a "French accent" during the trip. Other outlets have focused on Harris aides' complaints about working in the Biden administration and whether Harris should be doing more in her role.

"I think there's no question that the type of attacks — the attacks on her that certainly, being the first she is many times over, is part of that," Psaki said during a recent Politico "Women Rule Exchange" event. "She is somebody who, at a much higher level than the rest of us, but who wants to be seen as the talented, experienced, you know, expert, substantive policy person, partner to the president, that she is. But I do think there have been some attacks that are beyond because of her identity."