Shut your pie hole! Seasonal desserts to bake with apples instead of pie

Plus, a recipe for Madras curry apple doughnut muffins 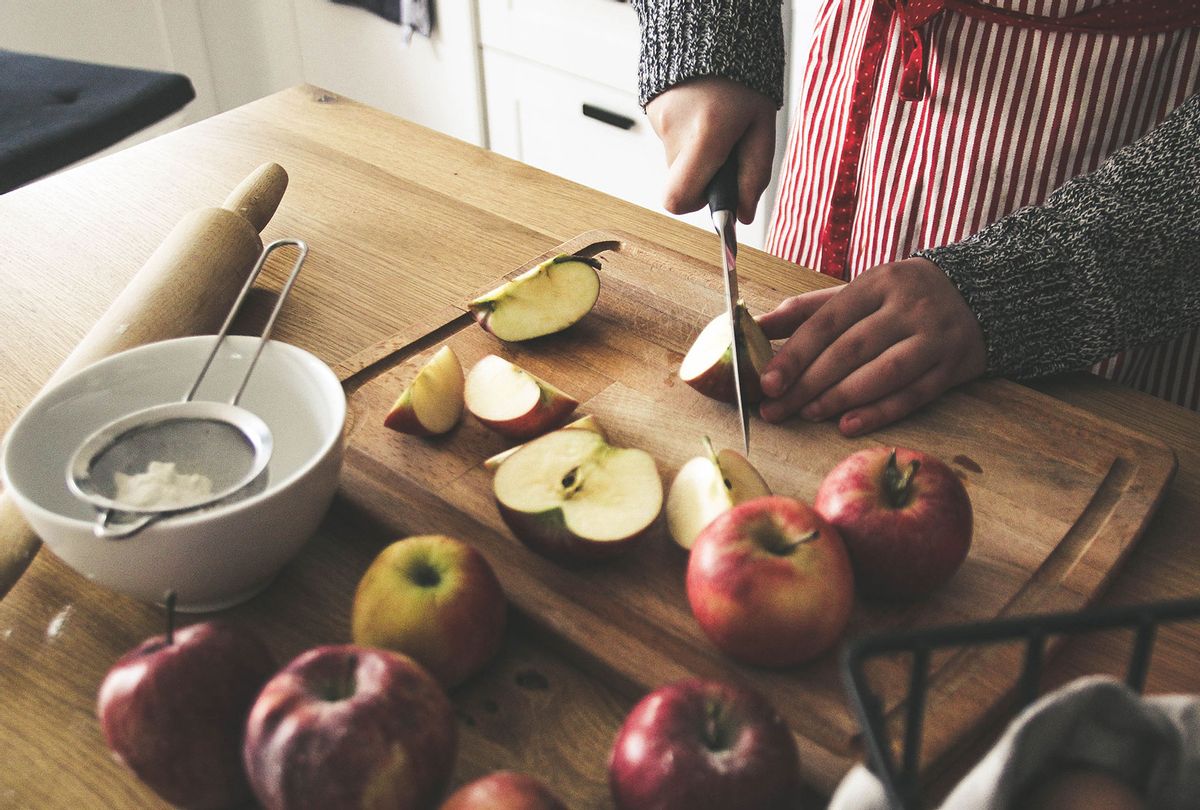 For years, apple pie has been revered as a signature fall dessert and Thanksgiving staple across households nationwide. The delectable delicacy, common within the states, originated in England over 630 years ago. In the year 1381, the first recipe for English apple pie was written and publicized. The ingredients list was both measly and vague, only calling for "good" apples, "good" spices, figs, raisins, pears, saffron and coffyn (an early European pie crust).

Unbeknownst to these pioneering bakers, the dessert would later receive national acclaim for its celebration of fall's most prized produce — apples. This commonplace fruit offers a refreshingly sweet taste amidst a beautiful mesh of crisp and fleshy textures. Apples are also incredibly versatile and although they've been primarily coupled with classic apple pie, they can also stand-out in an assortment of baked goods — cakes, turnovers, donuts and plenty more.

RELATED: 11 best apples for apple pies (and tarts and galettes)

Here at Salon, we love a good slice (or two) of warm apple pie. This season, we're excited to expand our baking endeavors and try new apple-themed recipes.

To help instill our love for baking with apples, we spoke with Kierin Baldwin, chef-instructor of Pastry & Baking Arts at the Institute of Culinary Education (ICE). Baldwin offers tips for choosing the perfect apples to bake with and shares her recipe for madras curry apple doughnut muffins.

The key to a perfect baking apple is its texture

The list of apple varieties is plentiful and nearly endless — just step into the produce section of your local supermarket to see for yourself. There are Fujis, Braeburns, Pink Ladies and Honeycrisps, just to name a few. So when it comes to baking, which apples are the best kinds to use?

"The thing you want to be conscious of when you're baking with apples is how much moisture is still in the apple," says Baldwin. "There are some apples that will break down as you cook them and basically, over time, they'll turn into applesauce."

Soft apples, such as McIntosh and Golden Delicious, are more prone to becoming mushy when coated in sugar and exposed to high temperatures. These apples are better suited for compotes and preserves, Baldwin advises.

Crisp and firm apples, like Honeycrisp, Granny Smith and traditional Thai apples, are better suited for baking. These apples have a waxy exterior and are less likely to break down during the baking process.

Regardless of the specific kinds of apples you choose to use, Baldwin also recommends peeling the skin before baking. She stresses that this tip is essential.

"In general, apple peel tends not to soften when you bake it," Baldwin says. "Even if it [the peel] gets a lot of sugar, it will kind of be chewier than it was when the apple was raw."

What to bake with apples

The classic apple crisp and cobbler are Baldwin's go-to recipes for rich flavors and simplicity. A more elevated version of both desserts is the traditional Brown Betty, Baldwin suggests. This baked dish has alternating layers of sweetened crumbs or bread cubes and baked apples. It's full of buttery goodness and is peak comfort food when topped off with fresh whipped cream, vanilla ice cream or lemon syrup.

"These are all super rustic, very comforting kind of homemade desserts," Baldwin adds.

Baldwin's final suggestion is an Amish classic, the apple grunt. This Pennsylvania Dutch cake is best made with crisp red apples and pairs nicely with apple cider.

Baldwin's Madras curry powder is a star-stellar addition in her personal recipe for madras curry apple doughnut muffins. This recipe, found below, is a must-try for this fall season!