Is the cold hurting my dog's paws? Dog experts explain when to worry

If you're going for a long walk on a cold, snowy sidewalk, your dog may not always communicate how it feels 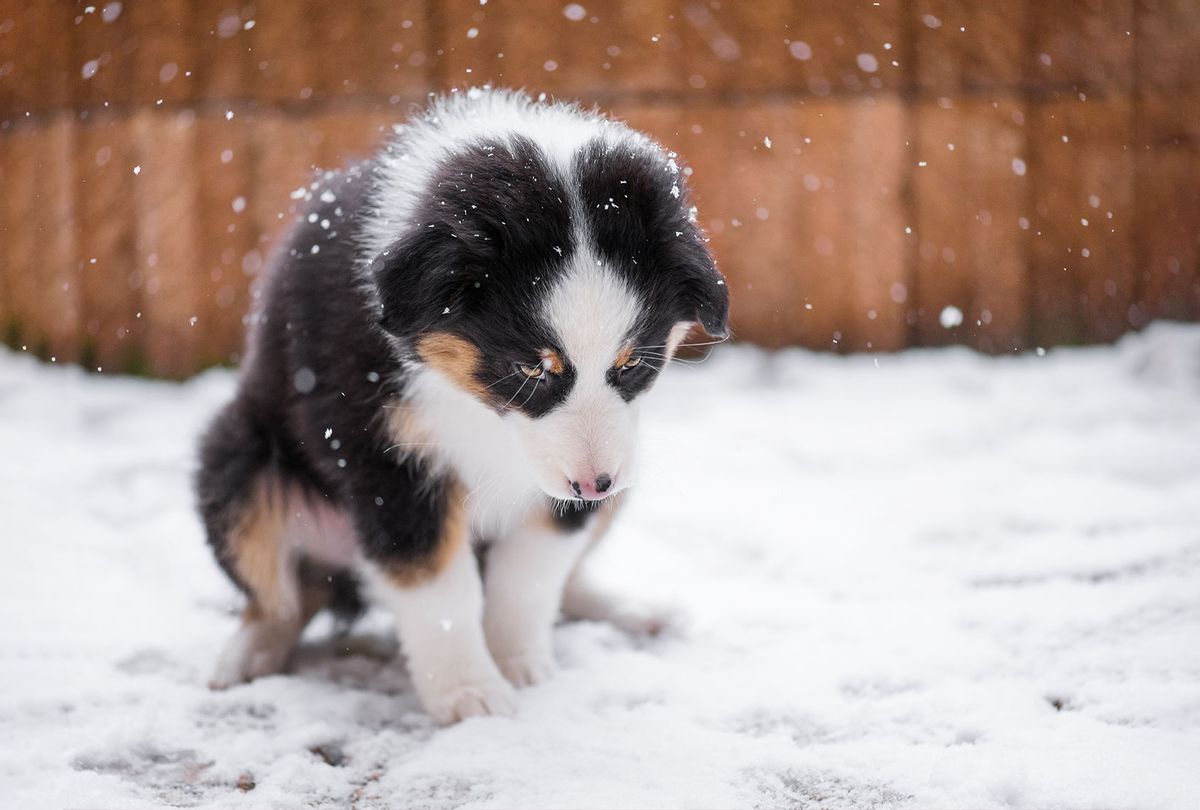 As humans bred dogs to be companions, herders, hunters or ratters, we also bred some to be adept at surviving in the cold. Sled dogs — breeds like Alaskan Malamutes, Siberian Huskies and Samoyeds — actually followed a different evolutionary path than other domesticated canines, helping humans transport their bodies and belongings through frigid temperatures for at least nine millennia.

Yet not all dogs are as cold-hardy as these breeds. And as winter descends upon the Northern hemisphere, millions of American dogs will be subject to walking on snow, ice, and frigid sidewalks. For dogs that aren't bred to romp around in such conditions, it is natural for dog owners to wonder whether it's safe for dogs to brave such conditions; or if, perhaps, we are unintentionally hurting them by walking them in the snow.

The answer, it seems, involves stopping for a moment and thinking about your dog's physical features. Does it have a lot of insulation on its body, like blubber and fur? Was it bred to perform tasks like those undertaken by sled dogs, and therefore is likely to be acclimated well to even the most brutal weather?

When compared to how humans would have to answer those questions, most dogs wind up looking pretty good. According to Dr. James A. Serpell, a professor of ethics and animal welfare at the University of Pennsylvania School of Veterinary Medicine, the majority of dog breeds are "extremely hardy and tolerate cold far better than humans do." There are variations depending on a breed's fluffiness (hairless breeds, for instance, may need to be bundled up), size (big dogs have it easier than small ones) and health (older dogs can be vulnerable).

Serpell noted that in general, dogs are "more likely to suffer from overheating than from hypothermia."

This does not mean, however, that loving owners can afford to entirely disregard their animal's response to cold.

"Some long-haired breeds may suffer from ice and snow clumping around their feet which can be painful, and owners should try to avoid walking them over sidewalks treated with salt and other de-icing crystals as far as possible," Serpell told Salon by email, adding that they sting the pads of dog's feed and can even cause them to crack and bleed. "If a dog has a serious problem with de-icers, the owner should consider buying booties to put on the dog's feet for protection."

The dog's lineage is also important, as generations of evolution make specific dogs more suited to specific climates. Chihuahuas, for instance, are indigenous to Mexico, with Spanish Conquistador Hernán Cortés writing in a letter that they were sold as food among the Aztecs. Those dogs did not need to thrive in colder temperatures and will thus be more vulnerable than the ones whose ancestors were adapted to snow and frosty winds.

"Double-coated breeds like Siberian Huskies, Samoyeds, and Tibetan Mastiffs are built for the cold weather and generally do not need additional layers to keep warm," Molly Sumridge, an instructor of anthrozoology at Carroll College, wrote to Salon.

On the other end of the spectrum, breeds with short coats like pit bulls and dobermans can benefit from more layers if they're going to be outside in the winter for a long time. There are also situations in which every dog will need amenities like boots, such as if they live in an area where their feet will frequently contact snow-melting chemicals. Sumridge added that owners also need to be watchful of the tips of dogs' ears, which like humans' are susceptible to frostbite.

Finally, and most importantly, dog experts stress the importance of paying attention to your dog's behavior. Even though dogs speak in barks and body language rather than words, they still sends you clear signals about what they want. Humans should not impose their own assumptions on how a dog is "supposed" to behave on to the animal, but trust their intuition about how the animal's actions correspond to its likely emotions.

"Depending on the dog's breed and cold tolerance, dogs can enjoy the snow just as much as their owners," Sumridge explained. "Keeping an eye out for signs of cold, or hesitation to staying outside, means it's time for a break. Otherwise, with proper clothing and protection, based on the dog's comfort, both humans and canines can have a blast in the cold weather."