6 ways to overturn an election, according to Team Trump memos 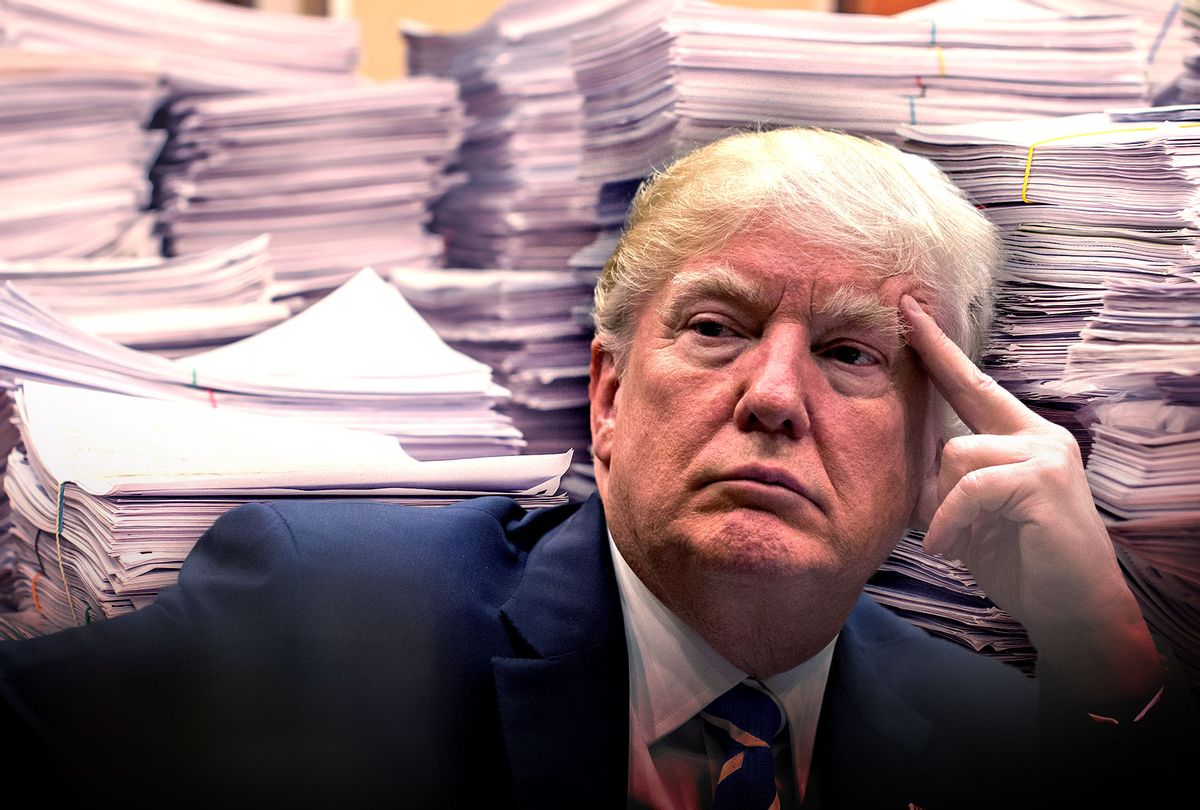 This past year, the House panel charged with investigating the Capitol riot has been diligently working to lay bare Donald Trump's failed election coup, subpoenaing his allies, interviewing agency officials, and requesting confidential documents. So far, the evidence suggests that Trump and his allies coordinated a far-reaching campaign of lies – spanning multiple agencies and branches – to cast doubt over the results of President Biden's win. Still, for many, the committee's body of evidence is amorphous and confusing. After all, it's a hodgepodge of damning memos, missives, messages, thus making it important to distinguish each one from the rest.

First unearthed by The Washington Post back in October, the two-page document, produced by conservative lawyer John C. Eastman, who was working with Trump's legal team immediately following the former president's defeat, outlined a step-by-step scheme aimed at undermining the 2020 election via various questionable legal pathways.

Central to Eastman's scheme was former vice president Mike Pence, who, according to the memo, would be required to throw out electors from seven key states that Trump lost. In doing this, the document erroneously alleges, Pence would be able to replace these electors with Trump-friendly substitutes, leaving no candidate with at least 270 electoral votes – a result that endows the House of Representatives with the final vote.

"The main thing here is that Pence should do this without asking for permission – either from a vote of the joint session or from the Court," the memo instructed. "The fact is that the Constitution assigns this power to the Vice President as the ultimate arbiter. We should take all of our actions with that in mind."

Both Republican Sens. Lindsey Graham of South Carolina and Mike Lee of Utah reportedly rejected the Eastman memos of the time of their proposal. And Pence, for his part, refused to go along with the plot.

While the Eastman memos were drawn up after the election, there's also evidence that Trump's allies concocted similar plots in anticipation of his loss.

In the days leading up to the 2020 election, Politico reported, Trump campaign lawyer Jenna Ellis also wrote a memo broadly echoing Eastman's proposal. Claiming that a provision of the Electoral Count Act contains a provision that violates the Constitution, Ellis argued that Pence had the right to nullify the votes of certain electors by refusing to open their envelopes during the election electoral vote count. After Pence did this, Ellis continued in her plan, he would claim that the federal government failed to meet its own legal threshold for certifying its electors, "requiring a final ascertainment of electors to be completed before continuing."

"The states," she added, "would therefore have to act."

Ellis' plan, Politico notes, did not go quite as far as Eastman's. After all, Eastman had argued that Pence could secure Trump's victory simply by throwing out certain electors. Ellis' proposal would have simply required a state-by-state review of the "validity" of certain electors, which could have theoretically ended in then-candidate Joe Biden's victory.

One day before the Jan.6 attack on the Capitol, Ellis wrote another memo, Politico reported, arguing that Pence should stop the certification process once the count reaches Arizona.

Despite their wild ambitions, Ellis and Eastman were not the only Trump sycophants to draft election coup manuals lacking in constitutional substance.

Last month, The Atlantic reported on a memo drawn up by Johnny McEntee, Trump's director of the White House Presidential Personnel Office, who after the election made a series of bogus claims about how Trump could retake the throne. The memo, drafted by "rogue legal advisors," alluded to the likes of Thomas Jefferson, who presided over his own election certification as vice president, securing a victory against John Adams in 1801. At the time of the historical dispute, the memo notes, Georgia's ballots had been declared defective. According to McEntee, Jefferson simply ignored this issue and "announced himself the winner."

"This proves that the VP has, at a minimum, a substantial discretion to address issues with the electoral process," McEntee claimed. But in reality, The Atlantic notes, "Jefferson didn't discard electoral votes, as Trump wanted Pence to do. He accepted electoral votes from a state that nobody had questioned he had won."

Eastman, Ellis, and McEntee's memos were for the most part consigned only to those within Trump's allies. However, other missives breached Trump's inner circle and went beyond making technical claims.

According to a report released by the Senate Judiciary Committee in October, Trump also attempted to weaponize the Justice Department following his election defeat, enlisting the help of sympathetic officials to cast doubt over Biden's win. Key to this scheme was Jeffrey Clark, the then-head of the Justice Department's civil division, who sent a letter to the Georgia legislature, vastly overstating the agency's concern around the state's election results.

"The Department will update you as we are able on investigatory progress, but at this time we have identified significant concerns that may have impacted the outcome of the election in multiple States, including the State of Georgia," Clark wrote at the time, even though the department found no evidence of election-altering fraud.

Clark's letter, however, needed an official go-ahead from then-acting attorney general Jeffrey Rosen and Richard Donoghue, then the Justice Department's second-in-command. And both men quickly shut the effort down.

Eye-opening as it was, Clark's letter appears tame compared to the most recently unearthed artifact of Trump's failed election coup.

This week, former White House Chief of Staff Mark Meadows, on track to be charged in contempt for flouting a congressional subpoena, turned over a PowerPoint presentation detailing a number of outlandish conspiracy theories and executive actions Trump could have allegedly taken to undermine the 2020 election.

The presentation, titled "Election Fraud, Foreign Interference & Options for 6 JAN," instructed Trump to "declare a national emergency, declare all electronic voting invalid, and ask Congress to agree on a constitutionally acceptable remedy," according to The Guardian. In order to establish a precedent for such radical actions, the PowerPoint suggested spreading a baseless conspiracy theory that "the Chinese systematically gained control over our election system." Under the scheme, Pence was also given four options to abuse his ceremonial role in the certification process – none of which ultimately panned out.