Scientists are closing in on an HIV vaccine 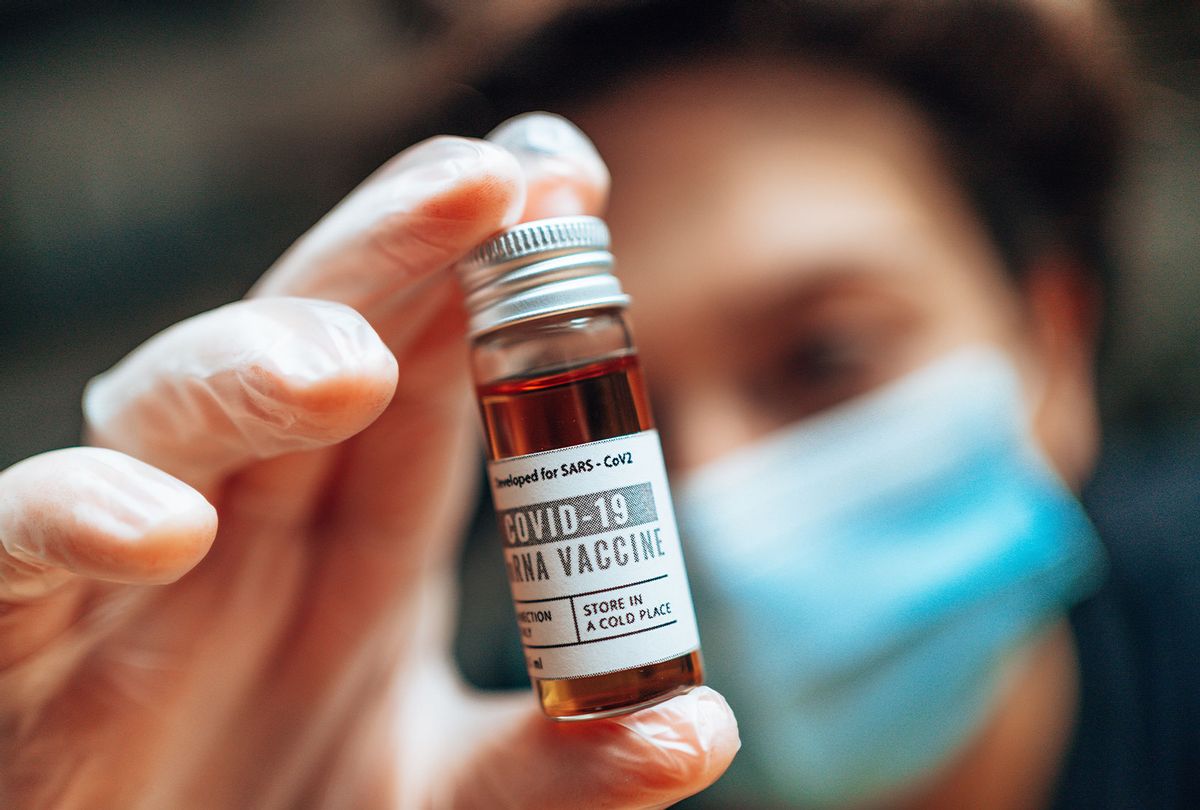 mRNA vaccines, a revolutionary new technology long-considered the "holy grail" of vaccine research, were researched for decades before being brought to commercial fruition during the COVID-19 pandemic. Indeed, two of the most prominent and efficacious COVID-19 vaccines, Pfizer/BioNTech's and Moderna's, used mRNA vaccine technology.

Now, after the success of the mRNA vaccine technology with treating SARS-CoV-2, scientists have turned their sights on other diseases that were previously difficult to vaccinate against. In particular, mRNA vaccines show hope in treating HIV — a virus that has, for decades, frustrated scientists working on conventional vaccine platforms in attempts to treat it.

Thanks to researchers from the National Institute of Allergy and Infectious Diseases (NIAID), which is part of the National Institutes of Health, there is evidence that an experimental mRNA vaccine has been successful in treating against an HIV-virus relative in mice and rhesus macaques. Such animal research is generally the first step towards producing a successful human vaccine.

mRNA vaccines differ from their conventional vaccine counterparts, which typically contain dead or weakened versions of the target pathogen — or, alternatively, contain pieces of the genetic code of a pathogen wrapped up in a different, harmless virus's genetic code. However, mRNA vaccines actually inject a strand of bespoke RNA that instructs one's cells to produce proteins similar to the ones found on pathogens (microscopic organisms that cause disease). One's immune system then recognizes those proteins and produces antibodies for fighting them.

This new experimental vaccine does this against simian-human immunodeficiency virus (SHIV), which is similar to HIV. The SHIV vaccine actually targets two proteins that appear on the SHIV virus, known as Env and Gag, and thus contains the mRNA instructions for one's (human) cells to replicate those proteins.

As lead researcher Paolo Lusso of NIAID's Laboratory of Immunoregulation told Salon, Env is analogous to an "outer coat," while Gag is a "major component of what we call the core of the virus."

The vaccine convinces muscle cells in inoculated animals to produce virus-like particles (VLPs) with copies of Env all over its surface. Lusso added that Gag was also included because it is "a big inducer of T-cell immunity, which to use an imprecise but useful metaphor are cells that will recognize and infect the [pathogen] and kill it, or facilitate destruction."

In the case of the experimental SHIV vaccine, the early results are promising. When the studies included mice, two injections of the mRNA vaccine induced neutralizing antibodies in all of the tested animals. After the scientists moved on to rhesus macaques — which, as primates, are closer to humans than mice — they found that the inoculations (dispensed in a much more complex study) were largely successful. They produced only mild side effects, like loss of appetite. By the 58th week of study, all of the monkeys had measurable levels of neutralizing antibodies against most of the strains in an SHIV test panel.

When the macaques were then infected with a chimeric version of SHIV, two out of seven of those who received 13 weekly inoculations remained uninfected; the rest delayed onset of infection for an average of eight weeks. The unimmunized macaques, by contrast, were infected in an average of three weeks.

While Lusso was excited as he described the vaccine's future, he also cautioned that scientists are in the very early stages of developing it. Vaccine clinical trials require multiple complex phases of human testing so that experts can be as certain as possible that a vaccine is safe before it is distributed to the public. Usually there are three or four phases in a vaccine trial; the COVID-19 vaccine — which was made in under a year and can thus be considered an unusually accelerated case of vaccine development — was sped up by having multiple phases take place simultaneously. In contrast, the SHIV vaccine has yet to officially commence with phase one. Once it does, researchers will have their work cut out for them.

[Go deeper: Here's what the "phases" of a vaccine trial really mean]

"The major challenge will be to make this vaccine practical," Lusso told Salon, noting that HIV is a difficult target for the immune system, and therefore immunologists need to figure out how to reduce the number of necessary booster shots.

"It's hard to imagine that we could use less than four booster injections, or let's say four injections altogether, one initial vaccine and three boosters," Lusso explained. "And we may still not get the level of protection we want, so that may require even additional boosters, but there are ways probably to just make each of these boosters more efficient."

He emphasized that this is necessary for logistical reasons; "we cannot go in Africa and implement a vaccine that needs seven boosters. That is clearly impractical."

Dr. Russell Medford, Chairman of the Center for Global Health Innovation and Global Health Crisis Coordination Center (who was not involved in the study), told Salon that he feels it is "very promising" and "demonstrates a pathway for the development ultimately of a safe and effective vaccine for HIV in humans for the first time."

Dr. Monica Gandhi, infectious disease doctor and professor of medicine at the University of California–San Francisco, also told Salon by email that "this is an extremely exciting study that shows us — for the first time in a primate model — that an mRNA vaccine against HIV reduced the risk of acquiring an HIV-like virus infection in macaques." Gandhi added that it was important that the study showed "a 79% lower risk of infection (per exposure) in vaccinated versus unvaccinated animals."

Still, Medford also noted that there are challenges facing scientists fighting HIV that are much different than those which they addressed fighting COVID-19. (Lusso made the same observation during his conversation with Salon.)

"HIV is a much more complex problem biologically and immunologically than COVID-19," Medford explained in an email. "Thus the challenges of developing an effective vaccine that for example blocks every HIV viral particle to prevent its integration into the human genome is significantly greater than that for COVID-19. Prior to eventual studies in humans, more work will needed to, for example, simplify the vaccine protocol and refine and optimize the immunogens needed to elicit an effective immunologic response."

Gandhi said that there is also a track record of HIV vaccines disappointing, pointing out that "although vaccine candidates have shown promise in primate studies before, they were later not found to be successful in human trials, so we still have to see if this technology will transfer to human HIV" although scientists "remain excited about the promising macaque study nonetheless."

HIV is not the only disease that scientists hope can be successfully overcome with mRNA vaccines. Because the platform is so versatile, there are scientists who believe that a universal vaccine against influenza strains could one day be developed with the technology. Others propose that the technology be adapted to help the immune system fight against various forms of cancer.

"I think the mRNA vaccine technology is going to have a huge role to play for other pathogens," Gandhi explained. "The mRNA platform allows the human host to generate a protein of the virus or other pathogen to which to raise an immune response, and has been revolutionary for COVID-19. So, after trying so many other vaccine candidates before for HIV without success, this is a very promising platform to hopefully reach this elusive goal."

Read more on the future of mRNA vaccine technology: