“Nobody wants this crap,” DeSantis said of critical race theory. "You’re not doing that in the state of Florida” 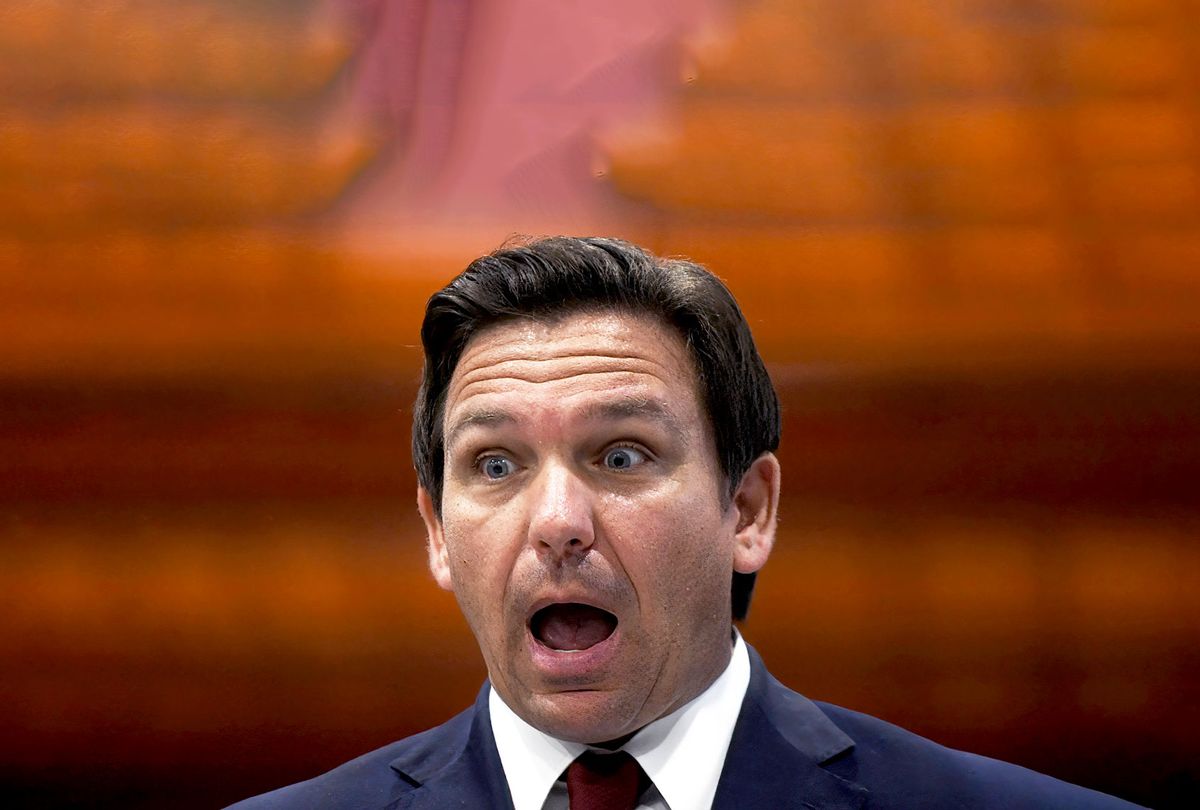 Florida Gov. Ron DeSantis, who previously banned the New York Times' 1619 project from Florida public schools, took his anti-wokeness crusade to the next level on Wednesday, introducing a bill that would formally ban the instruction of "critical race theory" in school classrooms and purports to protect corporate workers from diversity initiatives.

The bill – dubbed the "Stop WOKE Act" – would legally enshrine the Florida Department of Education's ban on critical race theory (CRT) from June. Key to legislation, Politico reports, is a provision that effectively incentivizes parents to sue local school districts that defy the bill by giving them a "private right of action." It's a provision that's structured similarly to Texas' six-week abortion ban, which deputizes private citizens with the right to sue anyone who aids and abets in an abortion after six weeks.

"Nobody wants this crap," DeSantis said of CRT during a Wednesday press conference, where he did not unveil the bill but rather a one-page flyer. "This is an elite-driven phenomenon being driven by bureaucratic elites, elites in universities and elites in corporate America. And they're trying to shove it down the throats of the American people. You're not doing that in the state of Florida."

Although CRT has become a flashpoint in the conservative culture war, there is little to no evidence that Florida public schools are teaching the concept on a systematic or widespread basis. None of the examples cited by DeSantis' office on Wednesday took place in Florida.

News 6, for instance, asked every Central Florida school district about CRT. Of those who answered – Lake, Marion, Orange, Osceola and Seminole – none of them said CRT is used in classrooms. Orange, Flagler, Marion, Osceola, Sumter and Volusia school officials also told the outlet the same.

Critical race theory was developed as an academic tool that centers race as a social construct, situating racism as a core set of practices and/or beliefs that are embedded in America's policies and legal system. Critics of the concept have largely argued that it breeds an us-versus-them mentality with respect to racial politics.

As an example of the CRT being used in schools, NBC News reported, DeSantis cited an "Equity Toolkit" posted online by the Arizona Department of Education, arguing that it was being used to teach the notion that "babies show the first sign of racism by three months old." However, the department's graphic simply affirms evidence that three-month-old babies prefer to look at the faces of people who share their same ethnicity.

Democratic state Rep. Anna Eskamani, D-Orlando, said who campaigned on improving the state's education system, argued that DeSantis is "dividing" the state with "fake problems," adding that he should "start focusing on crises in front of us including the exodus of educators, unaffordable housing" and "awful health disparities."

"Teachers are trained and experienced in educating children and have a duty to prepare their students to be successful contributors to society," FEA President Andrew Spar in a statement. "Teachers should have the freedom to teach honest, complete facts about historical events like slavery and civil rights without being censored by politicians."