How Democrats can win the critical race theory war: Call out the Christian right behind the movement 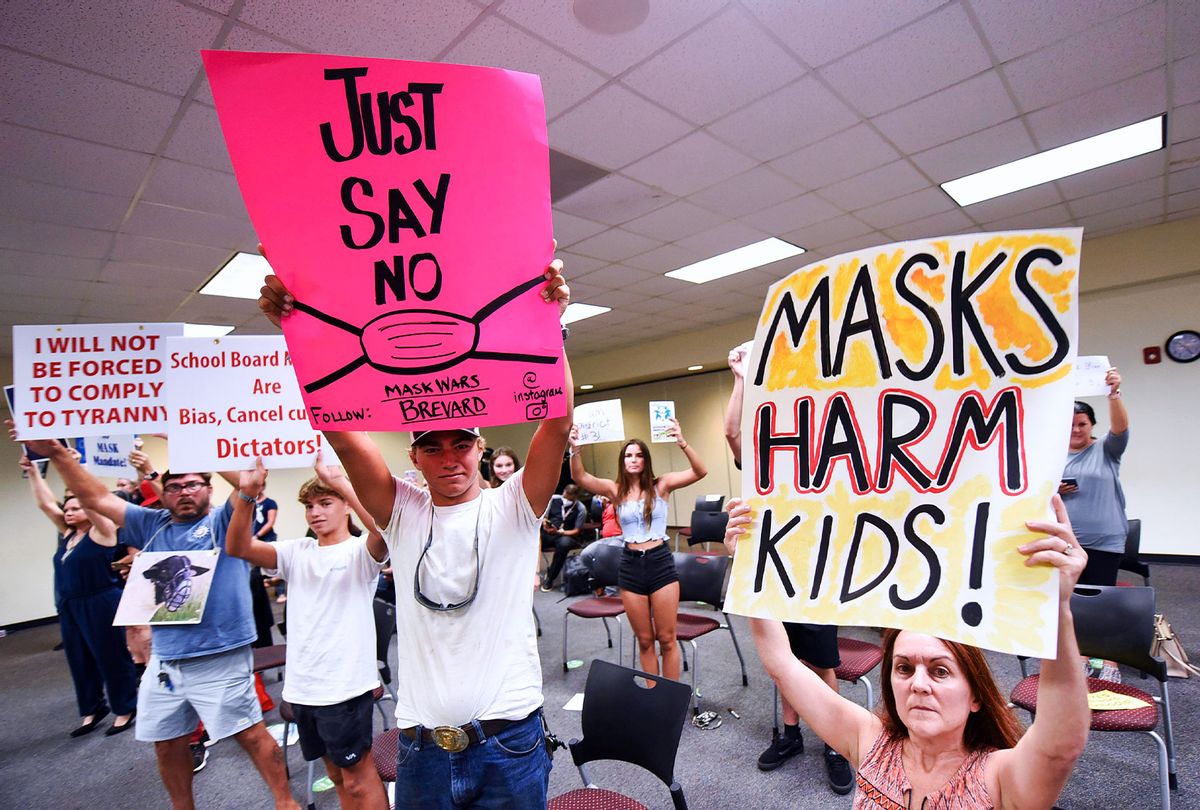 If the public knew what the GOP demands actually were — banning classic books like Toni Morrison's "Beloved" or "The Handmaid's Tale" by Margaret Atwood — most parents would not be on board. Few people want to be a Nazi book burner! But the GOP is repackaging this deeply fascist love of censorship in a friendlier frame of "parental rights." They got lucky that the Democratic candidate, Terry McAuliffe, blundered in the campaign's closing weeks when he said, "I don't think parents should be telling schools what they should teach," instead of mounting a robust defense of free speech and teaching the truth about slavery and segregation in history classes.

So what, exactly, are kids learning?

Republicans use scare terms like "critical race theory," and liberals try to draw attention to the lists of books Republicans are trying to ban, mainly for suggesting racism is bad or that LGBTQ people exist. It's extremely important for the left to focus on how this supposed fight over "education" is really a proxy fight over the right's rejection of equality for LGBTQ people and people of color.

But there's another aspect to this fight that has been less discussed: How the GOP war on schools is instigated, organized, and funded by right-wing religious groups whose true agenda is opposing the rights of children.

Conservatives, especially the Christian right, have long taken a dim view of raising kids who can think for themselves. Their view is children should be "trained" to be obedient and submissive. Under the guise of "parents' rights," the Christian right is mainstreaming their hostility to the very idea that children have a right to an education. In this case, the right of a child to have a proper education that teaches critical thinking and intellectual curiosity.

As journalist Talia Lavin writes in her recent deep dive into the history of corporal punishment in evangelical circles, the movement of "biblical parenting" started in 1970, when Christian right activist James Dobson published his book "Dare to Discipline," which advanced a belief in "the enforced submission of children to absolute authority." Soon there was a cottage industry of similar books, all of which promoted "the complete subjection of the child's will," usually through relentlessly beating kids (which is minimized through the cutesy word "spanking"). Children, in the Christian right view, are not to be educated — they are to be "trained." This philosophy of child-rearing was accompanied by a movement to impose their anti-child ideology on society and government. Unfortunately, this particular political goal of the Christian right gets far less coverage than their war on reproductive rights, their anti-LGBTQ activism, or their white supremacy. This lack of attention may, in fact, be a reason they've been wildly successful. As Lavin notes, hitting children "is outlawed completely in 63 countries," but "legal in all fifty states." Laws allowing parents to take kids out of school to be "home schooled" are notoriously lax, and there's been a great deal of headway in redirecting kids out of schools and into religious "charter schools" that embrace the training-not-education approach. Donald Trump's Education Secretary was Betsy DeVos, a far-right fundamentalist who has spent decades trying to destroy the public education system. It's why the U.S. is the only country in the world that hasn't ratified the U.N. Convention on the Rights of the Child.

It should be unsurprising, then, that the religious right groups who have long opposed children's rights are behind this newly sprung nationwide attack on public schools.

Religious right stalwarts like the Family Research Council and the Heritage Foundation have been central to planning and unhatching this scheme to use the scare term "critical race theory" to stir up outrage at schools for teaching the truth about racism in history and literature classes. Also central to the effort, as reported by NBC News, is the International Organization for the Family, which has, like the Family Research Council, been designated a hate group by the Southern Poverty Law Center. Under its original name, the World Congress of Families, the International Organization for the Family promoted not just a deeply authoritarian and patriarchal view of the family, but also white nationalism. As explained at the Southern Poverty Law Center:

Through its ideology of the so-called "natural family," WCF promotes a strict view of family, one based exclusively on the marriage of one heterosexual man to one heterosexual woman and their biological children, to the exclusion of many different types of families. Closely tied to this ideology is an adherence to strict binary gender roles, in which men serve as the heads of households and women as their helpmates and the bearer of children. Only this type of family, they contend, can quell the "demographic winter," the idea that European populations, especially, are in decline because of homosexuality, abortion, feminism, women in the workplace, and a variety of other things that deviate from the "natural family."

There's no way to really untangle all these different far-right views from each other. Forcing children into submission and preventing them from developing critical thinking skills is seen as crucial for raising them to be compliant adults who will unquestioningly adopt this patriarchal and racist view of family formation and purpose. One can see why schools teaching the book "Beloved" was flagged by far-right activists as a threat. Not only does the book humanize the victims of white supremacy, it also raises important questions about the rights of children and the meaning of self-determination. Indeed, even the concept of "raising questions" alarms the Christian right. In their view, children are not to think for themselves but to passively accept the instructions of elders.

Unfortunately, one reason the Christian right has a lot of success smuggling their radical views into mainstream politics is they, as happened in Virginia, often reframe it as a matter of "parental rights."

Most parents reject the religious right's extremist views on extinguishing a child's autonomy, to be clear. But most parents believe that they should have some control over their child's life, including over their education, health care, and disciplinary matters. They aren't even really wrong about this. Children's rights are always in contention with the need to keep children safe and to socialize them properly. Knowing the exact right mix of autonomy and discipline is a nuanced and tough question. The problem, however, is the reframing this as a matter of "parents' rights" distracts from the real issue, which is the war being waged on children's rights.

Children have a right to learn the truth about American history and to learn critical thinking skills. Children have a right to be exposed to great works of literature and art, and to expand their horizons. Children have a right to a robust health education, which includes information about sexuality and sexual orientation so that they can grow into healthy adults, instead of being hobbled with shame for having normal human impulses. All this chitter-chatter about "parents' rights" — by design — is hiding the fact that many of these rights of children are under very real threat right now.

Failure to understand the deeply radical nature of the Christian right ideology fueling this school board movement leaves Democrats unequipped to fight back. We saw this with the McAuliffe campaign, which fumbled early on with the "parents' rights" framing, and only too late in the campaign realized they could reframe the matter — correctly, mind you — as a deeply racist attempt to censor books. Democrats need to highlight how profoundly anti-child the GOP attack on school boards is and defend both the right of children to learn and the right of educators to teach.

Most people don't want kids to grow up without learning to think for themselves. Democrats can win this fight — but first, they must understand what they're truly up against.