In a bleak year for domestic politics, there were signs of progress toward justice around the world. Yes, really! 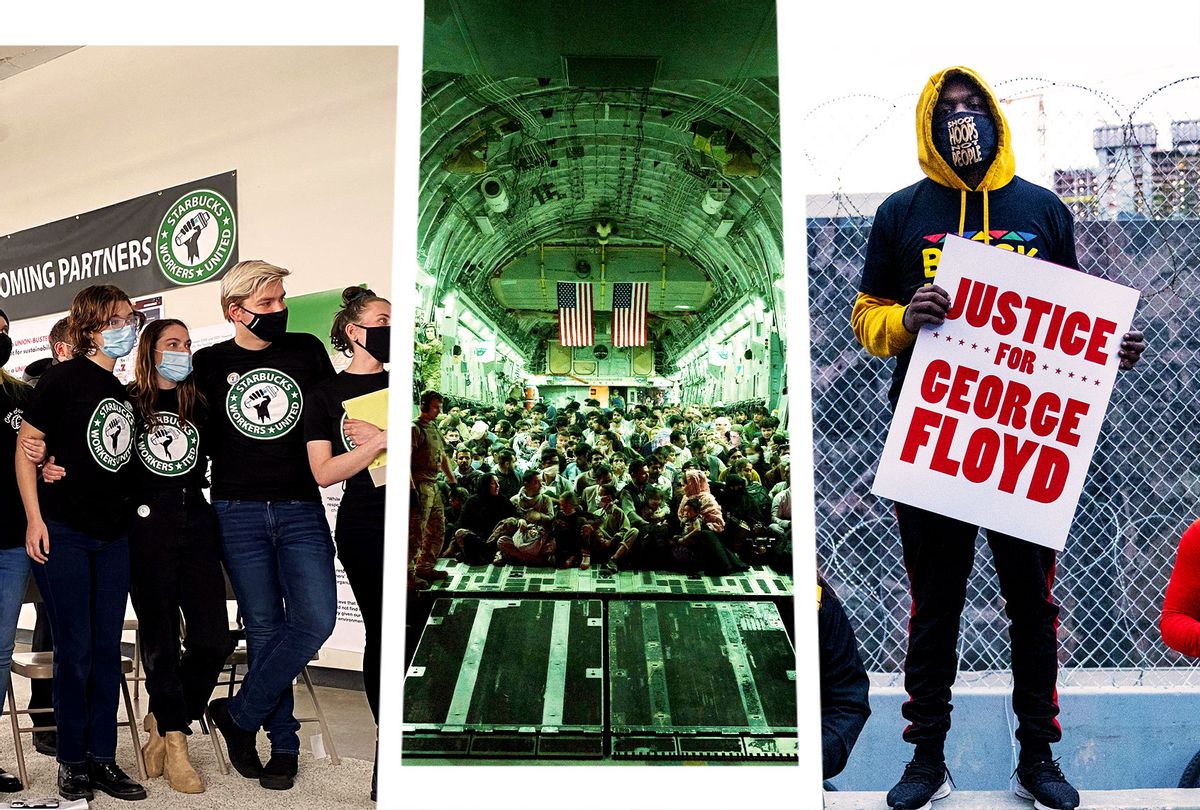 Starbucks employees wait for results of a vote count, on December 9, 2021 in Buffalo, New York. - The ballots have been cast and employees of three Starbucks cafes in Buffalo have created the first union at outlets owned by the retail coffee giant in the United States. | In this handout provided by the U.S. Air Force, an air crew assigned to the 816th Expeditionary Airlift Squadron assists evacuees aboard a C-17 Globemaster III aircraft in support of the Afghanistan evacuation at Hamid Karzai International Airport on August 21, 2021 in Kabul, Afghanistan. | Protesters march around downtown Minneapolis near the courthouse calling for justice for George Floyd after closing arguments in the Chauvin trial has ended on Monday, April 19, 2021 in Minneapolis, MN. (Photo illustration by Salon/Getty Images)
--

This year, 2021, began with a huge sense of relief as Donald Trump left office. We hoped to emerge from the ravages of COVID, pass a hefty Build Back Better (BBB) bill, and make significant cuts to the Pentagon budget. But, alas, we faced a Jan. 6 white nationalist insurrection, two new COVID mutations, a sliced-and-diced BBB bill that didn't pass, and a Pentagon budget that actually increased.

It was indeed a disastrous year, but we have some reasons to cheer:

Read more from Medea Benjamin on the global struggle for justice: