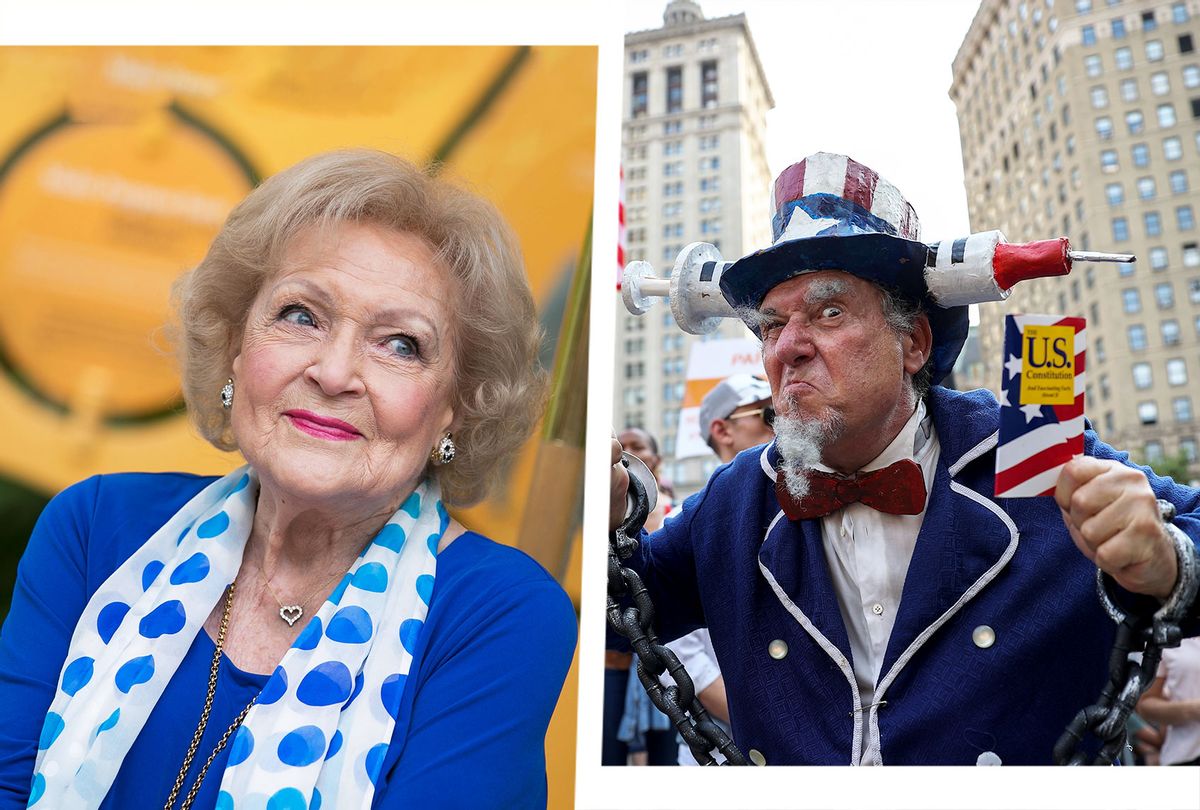 On Dec. 31, 2021, the final day of the year, news broke that 99-year-old comedian Betty White passed away. A beloved multi-talented actor with a 91-year history in show biz, White's death was mourned by friends, fans and fellow entertainers alike.

Then, tragically and perhaps predictably, anti-vaccine conspiracy theorists began to exploit her death to push disinformation.

Only a day after White's tragic passing, social media posts surfaced spreading anti-vaccine propaganda claiming that White died after getting a COVID-19 vaccine booster shot. These posts linked to an article titled "Betty White: I'm lucky to still be in good health," from a website called Crow River Media; the original link to the story is now broken, but the text was archived before deletion.

Though the article made no mention of Betty White receiving a booster shot, viral posts circulated with a link to the story and a fake quote from White alleging she said, in the story: "Eat healthy and get all your vaccines. I just got boosted today."

Screenshots of the article link, with the quote (which was not actually in the story) superimposed, circulated on both Facebook and Twitter. The alleged quote about getting "boosted" is nowhere to be found in the article on Crow River Media's site, nor in the original People magazine interview with White on which it was based.

White's agent, Jeff Witjas, has spoken to multiple outlets affirming that White died of natural causes — not a booster shot.

"Betty died peacefully in her sleep at her home," Jeff Witjas, told People. "People are saying her death was related to getting a booster shot three days earlier but that is not true. She died of natural causes. Her death should not be politicized — that is not the life she lived."

Naturally, the saga raises the question as to why would someone try to weaponize White's death and turn it into anti-vaccine propaganda.

Imran Ahmed, CEO of The Center for Countering Digital Hate (CCDH), told Salon this is a classic anti-vaxxer strategy— to hijack the news, and reframe it to support the message they're trying to promote, which is that vaccines are dangerous.

"Anti-vaxxers are experts on hijacking any event — they're essentially parasitic on the energy generated by current events," Ahmed said. "And their core narrative is really simple: vaccines are dangerous, you can't trust doctors, COVID isn't dangerous, and so they have jumped onto the death of Betty White because it's in the news, and they've used it to push their propaganda to undermine doctors."

Ahmed said the move was quite "predictable."

For the record, booster shots are very safe. Pfizer released a study of 10,000 participants; half of them received a booster dose and half a placebo. In terms of safety, there were no reported new adverse events.

As the Center for Countering Digital Hate explained in their "Anti-Vaxx Playbook," which analyzed and contextualized narratives pushed by anti-vaxxers, research continues to prove the safety of the vaccines.

"The simplest way of 'pre-bunking' this argument from anti-vaxxers is simply to emphasize that vaccine candidates have already been used by thousands of trial participants," the report explains. "Many of whom are frontline health workers, and that they have proven to safely protect them from Covid."

Still, it is unlikely this will be the last time anti-vaccine propaganda will latch on to a celebrity death.

"Everything is a pivot back to their core messaging," Ahmed said. "They've used it to push their propaganda; Why? because they seek to undermine doctors and to sell them their own false narrative and to bring them into content ecosystems where they can monetize them."