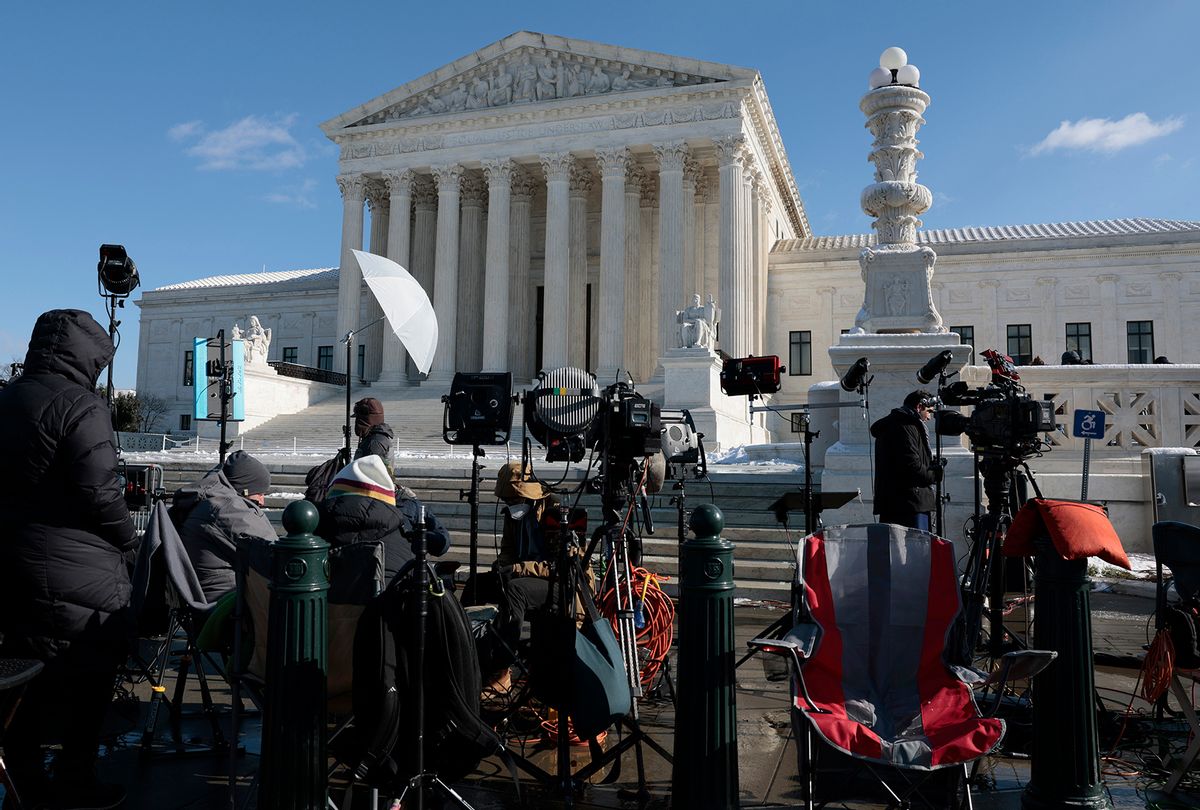 At least two of the state officials arguing against the Biden Administration's federal vaccine mandates Friday were forced to appear in front of the Supreme Court remotely because they had contracted COVID over the last few days, reports said.

Ohio Solicitor General Benjamin Flowers and Louisiana Solicitor General Liz Murrill argued their case over the phone, on behalf of Republican state officials and business groups who are seeking to block two Occupational Safety and Health Administration (OSHA) vaccine requirements: one for employers who employ more than 100 people and another for healthcare facilities of any size.

Other attorneys who passed the Supreme Court's strict COVID-19 guidelines were able to appear in front of the court, which had just eight members present, Reuters reported. Justice Sonia Sotomayor participated in the hearings remotely from her chambers, a spokesperson for the court confirmed.

Everyone present had to present a negative PCR test taken at a court-approved facility before entrance, and wear an N95 or KN95 mask while inside. The public, normally allowed to attend oral arguments, is also barred from entering the building.

Many public health professionals pointed out the irony of Friday's proceedings: The protocols being followed by attendees are far more stringent than the ones required by the Biden Administration — and have so far worked to prevent an outbreak.

"Now, meeting in a safe, controlled environment, the justices may well block OSHA's requirements that employers protect workers from exposure to a deadly virus," epidemiologist David Michaels wrote for the Washington Post this week. "This irony illustrates a fundamental inequity that is so normalized it is essentially invisible: Powerful people can choose to work safely, while vulnerable workers must continue to risk their lives to make a living."

The court has not yet announced a decision on either of Biden's COVID safety rules, though reports suggest the conservative majority is likely to reject the Administration's rules pertaining to large employers. It's less clear what they will decide on the separate vaccine mandate for healthcare facilities — at least some of the justices appeared more open to this rule than the first, according to CNN.